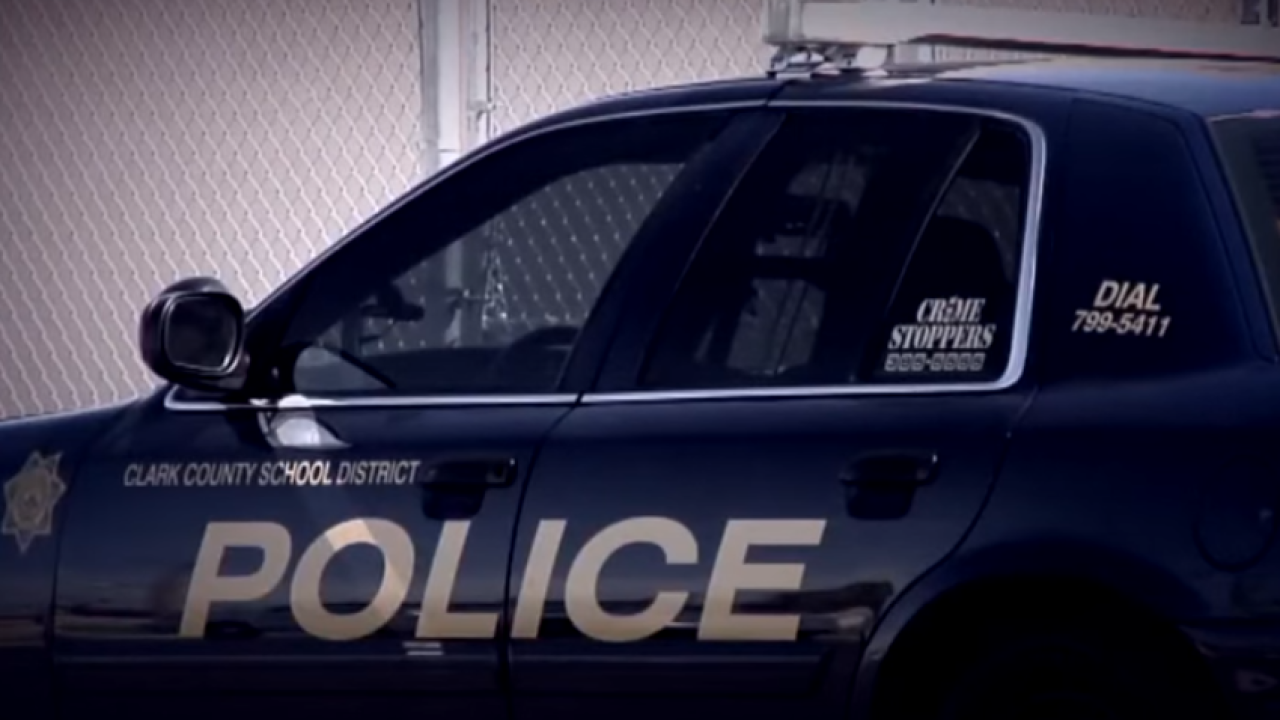 Authorities said the incident started when two students were approached by two other students in the 3000 block of Cabana Drive, south of Vegas Valley Drive. The situation escalated when one of the students pulled out a gun and robbed one of the students of a backpack.

Thursday, the victim filed a report and school police then identified the student involved and pulled him out of class and under arrest.

Authorities said the student did not have the weapon on him but were able to locate a firearm at his home after receiving permission from the parents to search the residence.

The teen's identity was not released due to the boy being a minor but he is facing robbery and assault with a deadly weapon charges, according to CCSDPD.

Police also confirmed all involved in the incident were Chaparral High School students.