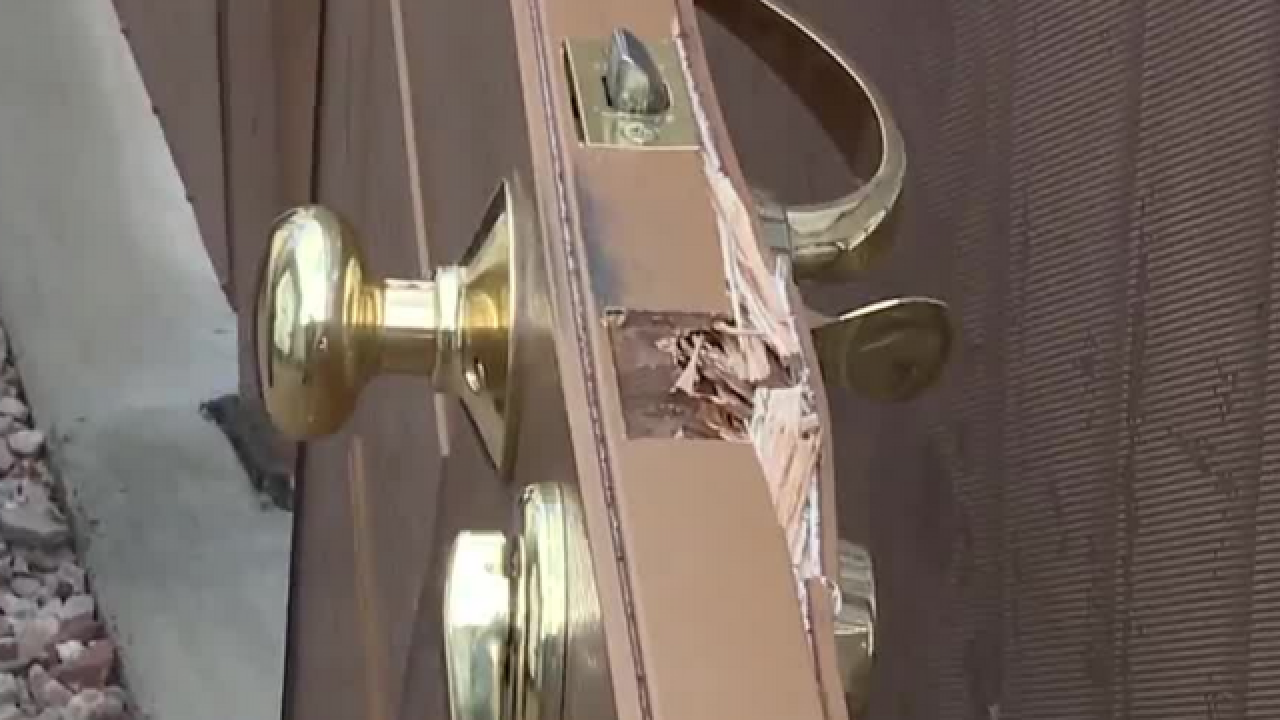 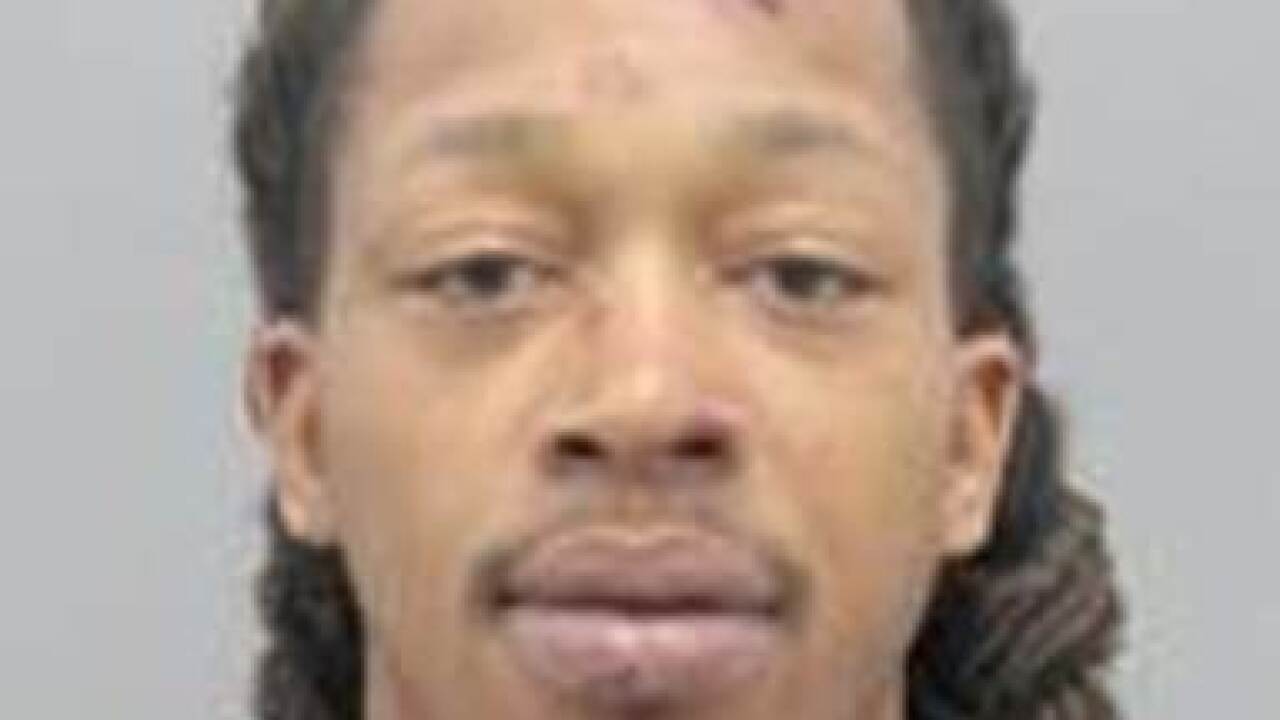 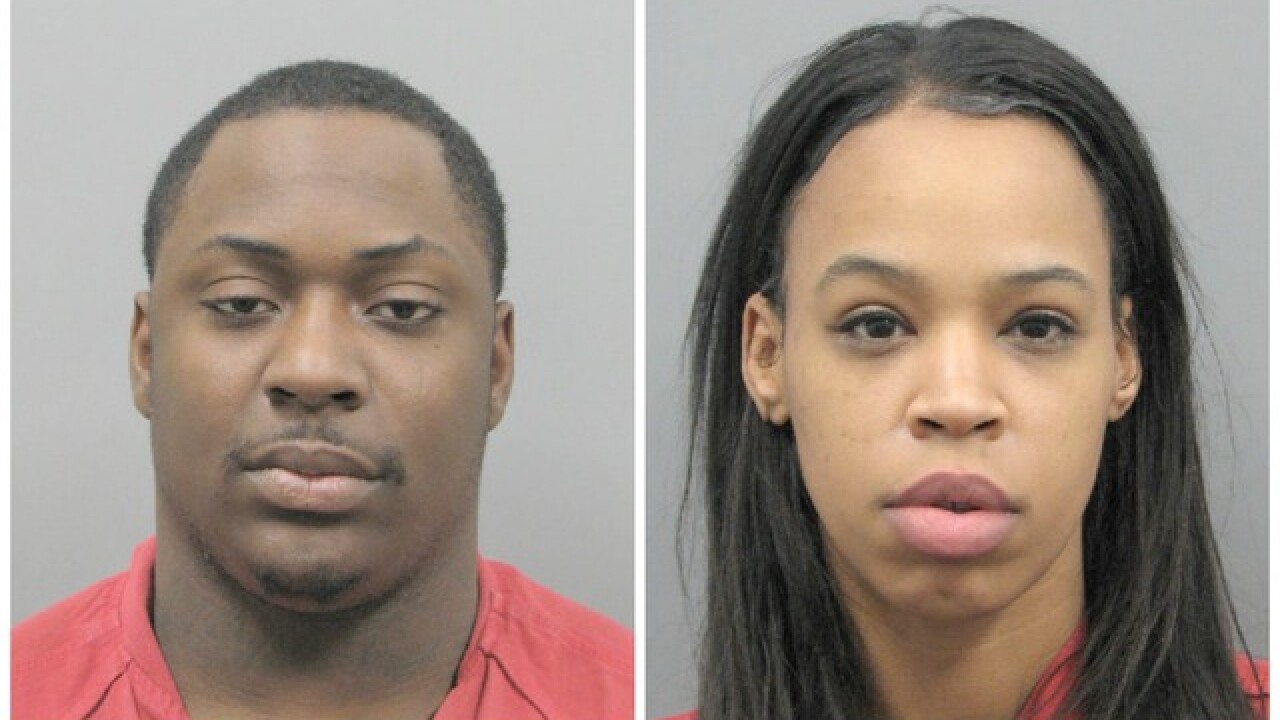 On Feb. 21 around 4:35 p.m., Henderson Police were called to the 70 block of Kind Avenue and the 700 block of Lomprey Avenue, both of which are near Horizon Ridge Parkway and Paradise Hills Drive. They received reports of similar door-kick burglaries as earlier this week.

Responding officers observed a vehicle leaving the area with three occupants that matched the suspect descriptions in the previous burglaries. Officers stopped the vehicle and found stolen property.

All three people inside the car were booked into the Henderson Detention Center on home invasion and other related charges.

Anyone with information about this case should contact the Henderson Police Department at 702-267-4911. To remain anonymous, call Crime Stoppers at 702-385-5555.

Henderson Police confirmed they are investigating three burglaries where the suspects kicked in the front doors in a matter of hours Sunday.

All three homes and a fourth home, where the criminals failed to get in, are in the area south of the Fiesta Henderson Hotel & Casino.

The owner of one of those homes just finished replacing his door when he spoke with 13 Action News Wednesday.

"In my mind, they kicked the door in, knew exactly where to go.  He was flicking on lights as he went down the hallway," Kevin, who didn't want his last name used for this story, said.

Kevin said he came home from work Sunday night and found his front door wide open and all of the lights on.

He said he thought the burglars were still inside and reached for a knife.

As he made his way to the bedroom, Kevin said he was surprised to see the burglars had passed by his gun and only managed to steal smaller items.

For Kevin, the worst part is his home has roll down shutters on all the doors and windows and he simply forgot to close the ones on the front door.

Something he says he will not do in the future.

"If I'm at work she rolls the Rolladens down, and she is in a prison for the night," Kevin said.

Henderson Police confirmed the 3 successful burglaries and one attempt in the area Sunday.

They also said there was another door-kick burglary a week prior, but said it doesn't appear to be a  trend at this point.

Officers said they only got a description of the culprits in one of the recent crimes.

The description was of two men in an early 2000s Gold 4-door sedan.

Anyone with information on the burglaries is asked to call Henderson Police.

As for protecting homes from similar crimes, police said putting longer screws in the striker plate of your door can make it harder for criminals to kick in your door.

They also stressed the importance of neighbors reporting suspicious vehicles in the neighborhood, adding that the checks are not a problem for officers.

Henderson Police have also created a video with other tips on how you can protect your home.