REPORT: Boyfriend playing with gun at house party before shooting 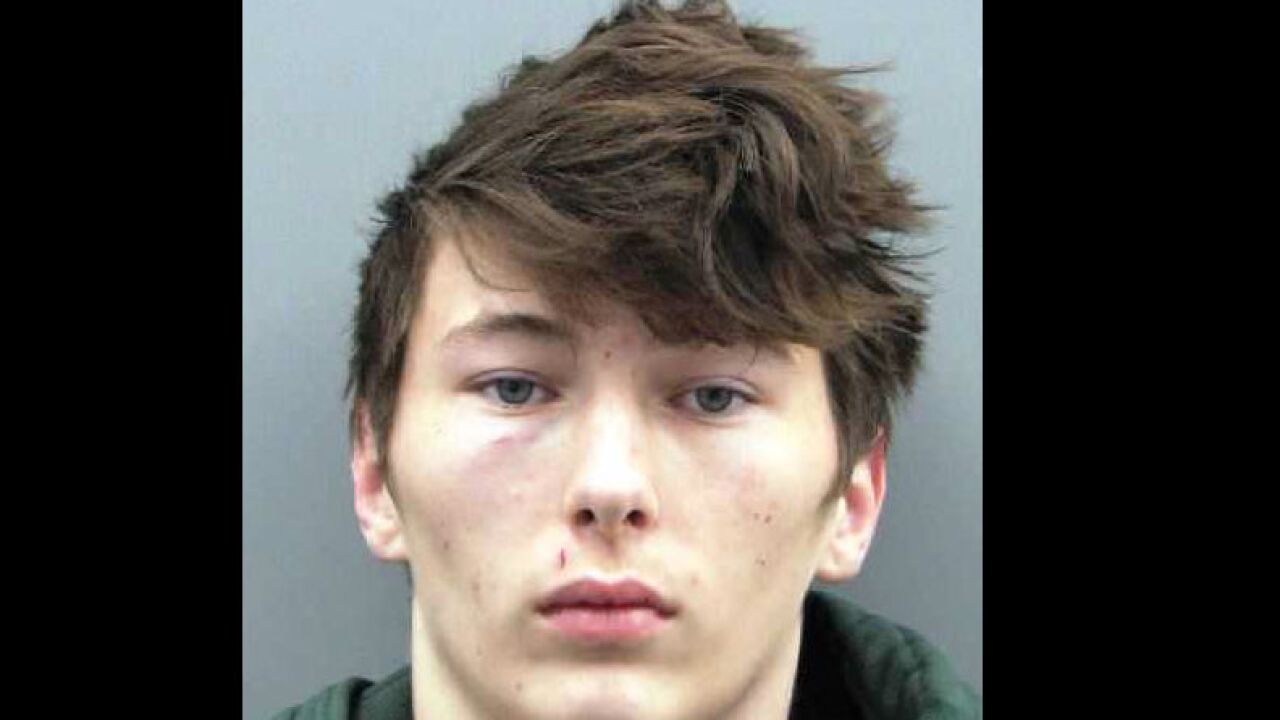 UPDATE JULY 1: The arrest report has been released for 18-year-old Noah Hadley, accused of shooting and killing 19-year-old Amelia Claypool.

According to the report, Claypool was walking with Hadley and 20-year-old Tristan Jacobs to a vehicle belonging to Jacobs when the shooting occurred. The trio had just left a house party on Monument Point Street.

Based on the arrest report, it appears that Jacobs and Hadley may have both lied to police initially.

Jacobs initially told police that he was urinating on a tire when he heard a loud bang and heard Amelia yell "Noah." Jacobs denied knowing who shot Claypool and ever being in possession of a firearm.

Hadley also initially denied knowing who shot Claypool. Hadley told police that the 3 of them had gotten into the truck with Jacobs and Hadley in the front. Hadley told police he heard a gunshot and realized Claypool had been shot a few seconds later.

Police confronted Hadley about a Snapchat video that shows Hadley playing with a gun at the house party before the shooting. At that point, Hadley said he no longer wanted to speak to police

Police interviewed Jacobs again, who continued to deny involvement. By this time, police had examined his truck and found a gun underneath the driver's seat and a bullet hole in a seat.

In addition, they spoke to a witness who saw Jacobs pacing at the scene and getting into the truck before police arrived.

Jacobs eventually admitted that he was urinating on a tire when he heard a gunshot. When he rushed to the passenger side, he saw Claypool on the ground. Jacobs said that Hadley thrusted a gun towards him and he hid the gun under the seat.

Jacobs also said he sold the gun to Hadley during the past week or two. When asked why he had continued to lie about the gun, Jacobs told police that he was scared and fearful of repercussions from law enforcement.

Henderson police ultimately arrested Hadley for the death of Claypool.

Jacobs has not been with any crimes at this time.

ORIGINAL STORY
A 19-year-old woman is dead after being shot Thursday night and an 18-year-old has been arrested.

It happened around 11:10 p.m. in the 600 block of Monument Point Street near Paradise Hills Drive and Horizon Ridge Parkway.

The woman was transported to Henderson Hospital where she succumbed to her injuries.

Henderson detectives identified the victim's boyfriend, 18-year-old Noah Hadley, as the suspect. He was taken into custody and booked into the Henderson Detention Center on one count of open murder with a deadly weapon.

The woman's name will be released by the Clark County coroner.

This is the 7th homicide in Henderson for 2019.