Adult film star Cheryl Murphy, known as "Bridget the Midget," appeared in a Las Vegas valley courtroom on Nov. 14. She is accused of stabbing her boyfriend in the leg in their home near Decatur and Sahara back in September. A judge ordered Murphy to appear back in court on Dec. 5. 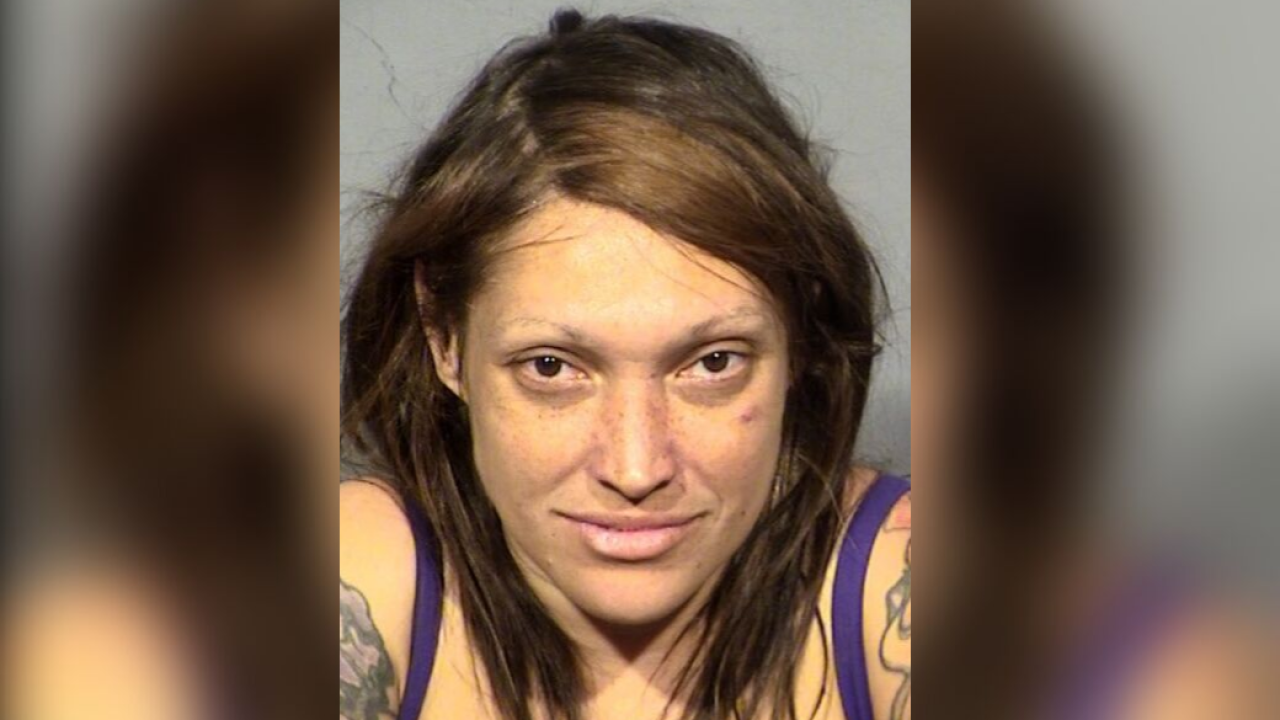 She is accused of stabbing her boyfriend in the leg in their home near Decatur Boulevard and Sahara Avenue back in September. A judge ordered Murphy to appear back in court on Dec. 5.

UPDATE OCT. 2: The arrest report has been released for the woman known as "Bridget the Midget."

Cheryl Murphy is accused of stabbing her boyfriend in the leg.

On Sept. 18, a Las Vegas police officer was dispatched to a residence on Decatur Boulevard. Upon arrival, Cheryl Murphy told them "It's my fault, I did it all. I should go to jail."

The officer asked if Murphy lived at the residence and she said she did. At that time, another female yelled "No, she does not, she's trying to stab my boyfriend to death, please call the cops." Murphy then responded "Yeah, I did stab him."

During questioning, Murphy said she entered the apartment through an unlocked door and found her boyfriend with the other woman. She told police that she yelled at the couple and grabbed a knife and stabbed her boyfriend. After she was thrown out of the apartment, she threw a barbecue grill through the front window.

ORIGINAL STORY
LAS VEGAS (KTNV) -- Las Vegas police arrested adult film star Cheryl Marie Murphy, 39, after she got into a fight with her boyfriend on Sept. 18.

Murphy is also known as "Bridget the Midget," according to TMZ.

Police say that they responded to call around 2:31 a.m. about a woman screaming and the sound of glass breaking in the 2800 block of South Decatur Boulevard.

Upon arrival, they made contact with Murphy, who was fighting with her boyfriend, a former bartender known as Jesse James.

It was discovered that she stabbed her boyfriend in the leg and then broke a window. The man was transported to UMC Trauma with non-life-threatening injuries. He has since been released.

Murphy can be heard screaming at her boyfriend about money and accusing him of cheating on her. She also threatens him in the audio recording.

Murphy is also known as Bridget Powers. She appeared in her first adult film in 1999 and has appeared in more than 50 movies since then. She also appeared as herself in the 2002 HBO documentary "Cathouse," which explored the lives of the owners, staff and customers of the Moonlite Bunny Ranch brothel in Mound House.

Additionally, she appeared in "World's Wildest Bachelor Parties" and the movies "8mm" and "S.W.A.T."

Murphy has one child.

She is being held at the Clark County Detention Center. She is scheduled to appear in court on Sept. 26.