While burglaries are a frequent occurrence in parts of the Las Vegas valley, there are three recent ones that are particularly noteworthy. What does the crime data look like in those areas?

Mr. Las Vegas himself had his home on Oquendo Road, near Russell and Sandhill roads, burglarized the night of June 13. Neighbors say it is the second time it has happened recently and also said that they've also been hit by burglars.

The neighborhood is part of the zip code 89120. From May 17 to June 13, the area saw 9 burglaries, including to both homes and vehicles, according to CrimeMapping. Four weeks before, from April 19 to May 16, there were 12 burglaries -- also a mix of home burglaries and auto burglaries.

A person inside a home on Hermosa Street, near Sahara Avenue and Maryland Parkway, shot a man attempting to gain entry into the residence on June 13. The man died of his injuries and the shooting was believed to be self-defense.

The neighborhood is part of the zip code 89169. From May 17 to June 13, the area saw 43 burglaries, including to both homes and vehicles. This was up significantly from four weeks before -- April 19 to May 16 -- where there were 26 burglaries. 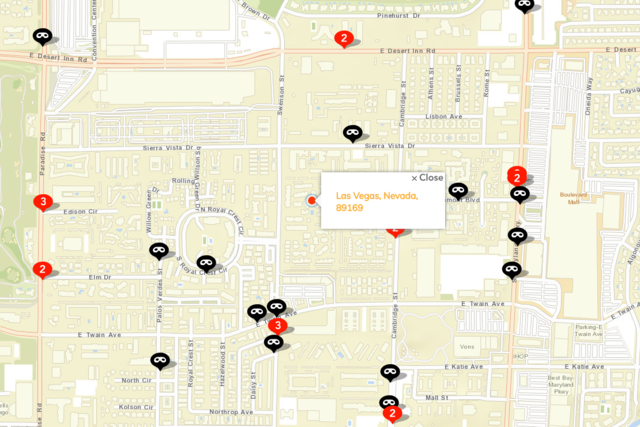 Women killed by burglars in front of home

Sheri Aoyagi was shot and killed in front of her home on Morley Avenue, near Smoke Ranch Road and Torrey Pines Drive, on May 30. Police said the suspects were burglarizing her home when she arrived home.

The neighborhood is part of the zip code 89108. Neighbors had told 13 Action News there had been an increase in burglaries. According to CrimeMapping, there have been 24 burglaries from May 17 to June 13 while from April 19 to May 16, there were 40 incidents. 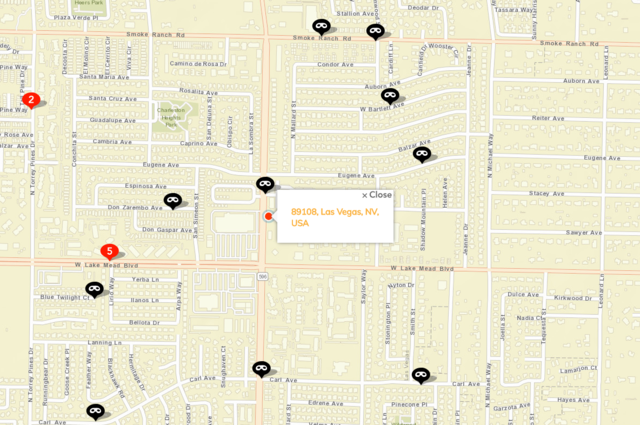