5 face federal charges for damaging Vegas courthouse during May protest 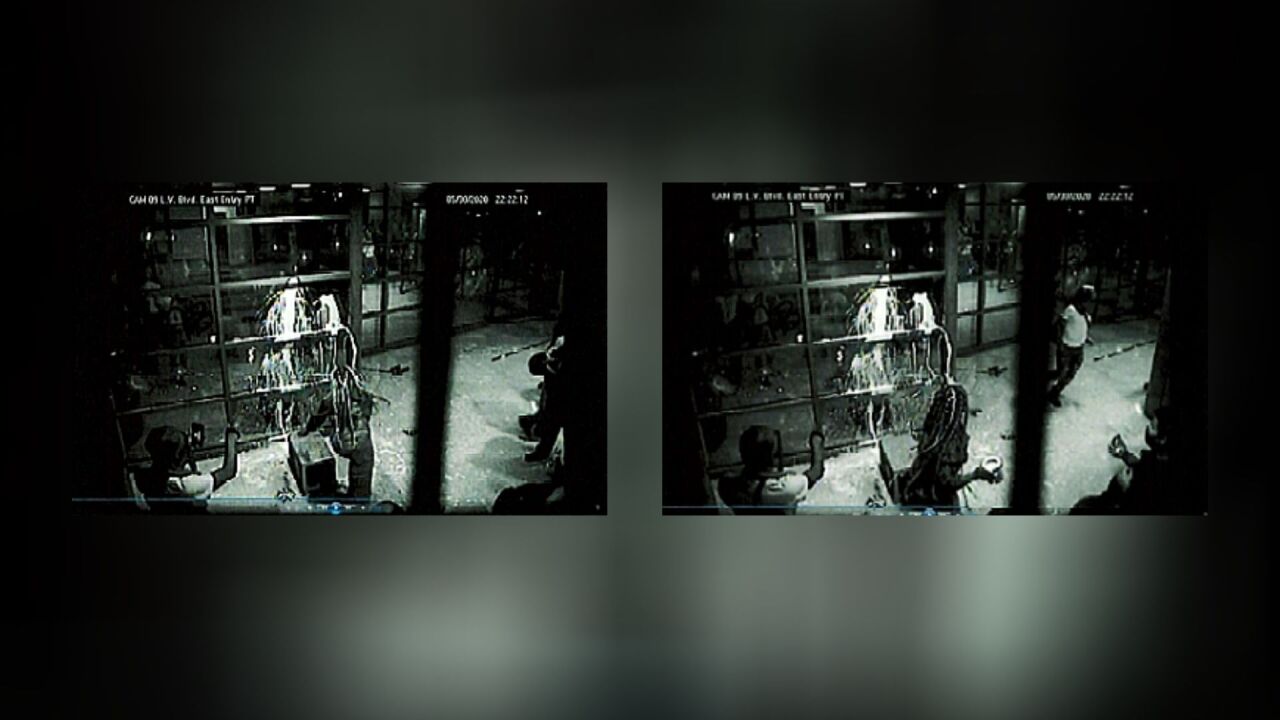 LAS VEGAS (KTNV) — Five individuals are facing federal charges for causing damage to the Foley Federal Building and U.S. Courthouse on May 30, 2020.

The charges were announced Thursday by U.S. Attorney Nicholas A. Trutanich for the District of Nevada, Special Agent in Charge Aaron C. Rouse for the Federal Bureau of Investigation (FBI), U.S. Marshal Gary Schofield, and Sheriff Joseph Lombardo of the Las Vegas Metropolitan Police Department (LVMPD).

“Agitators at the May 30 protest in downtown Las Vegas allegedly damaged a federal courthouse and threatened to attack a law enforcement officer,” said U.S. Attorney Trutanich. “These cases should reinforce that our office will protect lawful First Amendment activity — while also upholding the rule of law by prosecuting those who would incite and escalate violence, vandalism, and destruction.”

“The FBI’s mission is to uphold the Constitution, which includes freedom of speech and the right to assemble,” said Special Agent in Charge Rouse. “A line was crossed in what was intended to be a peaceful protest in Las Vegas and the federal property was destroyed as a result of the alleged actions of these subjects. We will continue working with our federal, state and local partners to ensure that those that destroy parts of our city are held accountable."

“The United States Marshals have protected the Federal Judiciary since 1789. This investigation is part of a joint effort by many agencies,” said Marshal Schofield. “These arrests ensure that the community continues to have unfettered access to Justice.”

Alejandro Avalos (28), Alexander Kostan (21), Reginald Lewis (19), Kelton K. Simon (34), and Jeanette R. Wallace (24), all of Las Vegas, have been each charged in separate criminal complaints with one count of depredation against property of the United States.

As alleged in court documents, on the evening of May 30, 2020, a protest in front of the federal buildings in downtown Las Vegas following the May 25 death of George Floyd in Minneapolis, MN became boisterous.

Fireworks were set off, walls were spray-painted with obscenities and graffiti, and small bushes were lit on fire.

Several individuals went to the east entrance of the Foley Federal Building and U.S. Courthouse (FFB), threw paint on the windows, and kicked and struck the windows with objects.

According to an off-duty Federal Protective Service Protection Security Officer who was stationed inside the FFB that night, the crowd could see him inside the building and he could hear persons saying, “Get him!” and “Get the cop!”

Additional police units arrived at the FFB and the crowd was ultimately dispersed. The cost of repairing and cleaning up the damage done to the FFB was estimated to be about $71,335.72.

Avalos, Kostan, Lewis, Simon, and Wallace have all been arraigned in federal court.

If convicted, each defendant faces a statutory maximum penalty of 10 years in prison and a $250,000 fine.

The sentencing of a defendant will be determined by the court based on the advisory Sentencing Guidelines and other statutory factors.

A criminal complaint is a formal accusation of criminal conduct for purposes of establishing probable cause, not evidence of guilt. Every defendant is presumed innocent unless and until proven guilty in a court of law.

These five cases are the product of an investigation by the FBI’s Las Vegas Violent Crimes Task Force and LVMPD. Assistant U.S. Attorneys Lisa Cartier-Giroux and Kimberly Sokolich are prosecuting the cases.