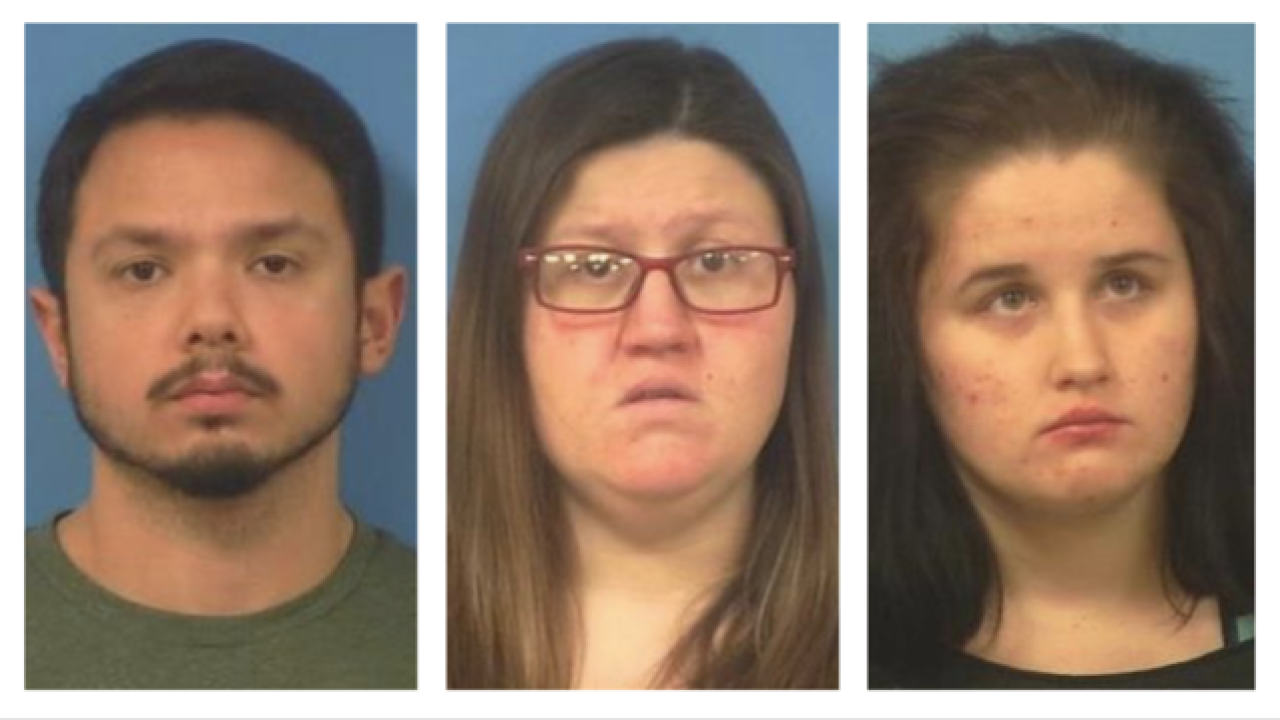 Three Pahrump residents were arrested after the Nye County Sheriff's Office said they had been keeping two people captive since August.

According to the Nye County Sheriff's Office, a 52-year-old woman and her 34-year-old son, both mentally handicapped, were found dehydrated and malnourished on Friday. Deputies learned that the two had been left restrained in a bedroom by the woman’s younger son, Thatcher.

The woman and her son were given limited bathrooms breaks and only one bottle of water per day and a small amount of food. A surveillance video was in the room to monitor the two.

The Nye County Sheriff’s Office said Thatcher held his mother and brother captive to get their Social Security disability checks, along with the help of his girlfriend Demille and also Wombles.

The victims were taken to Desert View Hospital in Pahrump for treatment.