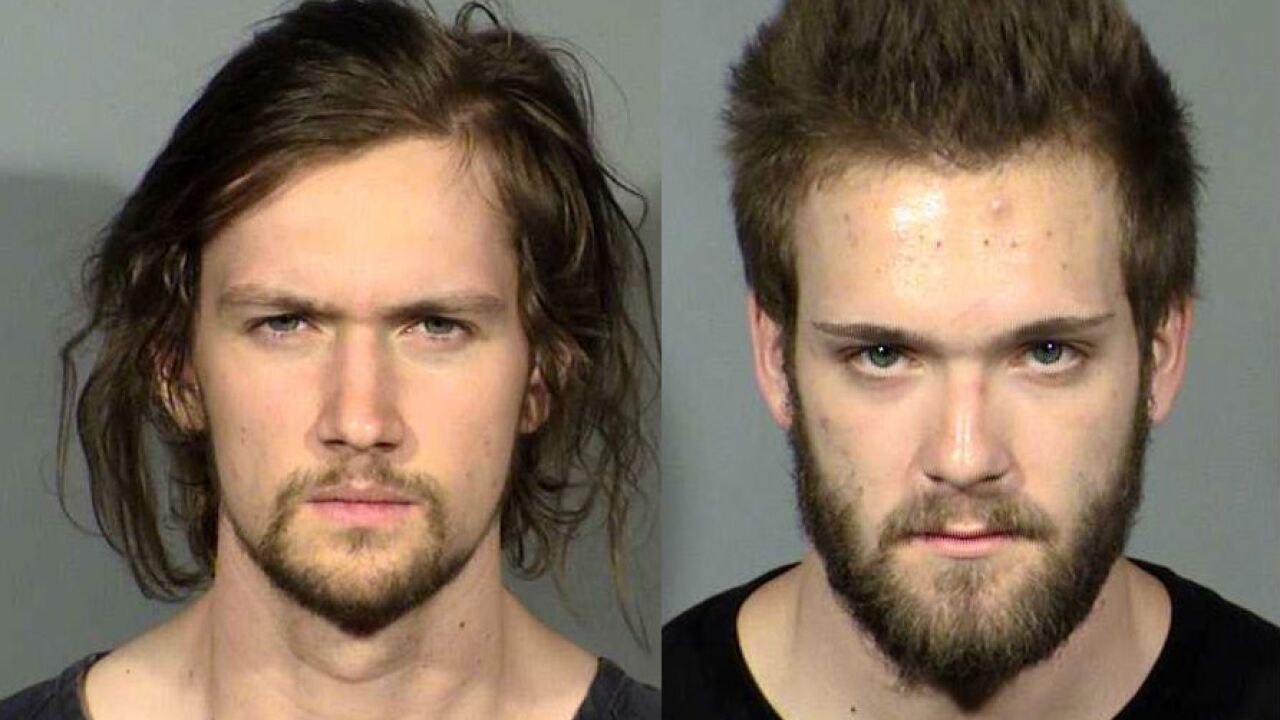 The incident happened Aug. 10. Police were told that Ryback and Young were shouting "White privilege, white power, we are white supremacist" and locking their fists like they were going to hit people. Police were also told that the men told security that they were going to come back and shoot the place up. Young then allegedly returned to the hotel-casino with pepper spray.

Young also told police that he was drunk and angry at security because they had stopped him from taking photos of security cameras but he never had any intention of hurting someone. He said he intended to only use the pepper spray for protection if needed.

Young also explained that Ryback was from Canada and that he ran an illegal AirBnB and Young and his girlfriend were staying with him.

Ryback told people that he did not remember what he said and did not recall making any threats and did not want to talk to detectives.

Police removed several items in Young's and Ryback's apartment including a loaded Cobra handgun, ammunition, a global entry ID and Belgium ID, a Nevada driver's license, a Macbook Pro, an iPhone and a Samsung phone.

Police also removed a pellet gun and hard drive from Young's car at the Wynn.

Based on numerous witness statements and the fact that Young specifically stated he would return with a gun, both people are being charged with making threats or conveying false information concerning an act of terrorism or the presence with the intent to injure, intimidate or alarm any person.