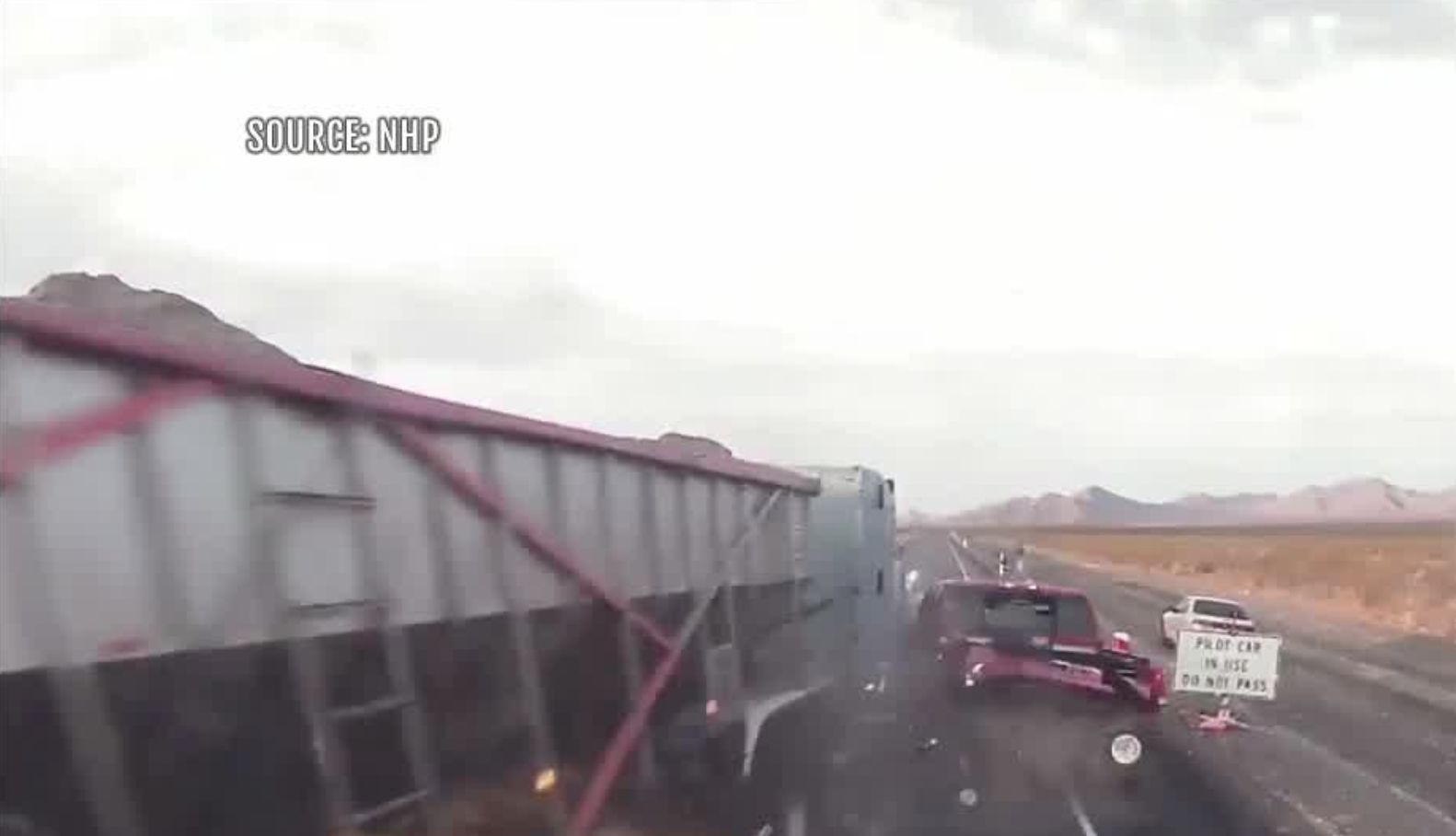 Two people from Idaho died as a result of the crash. 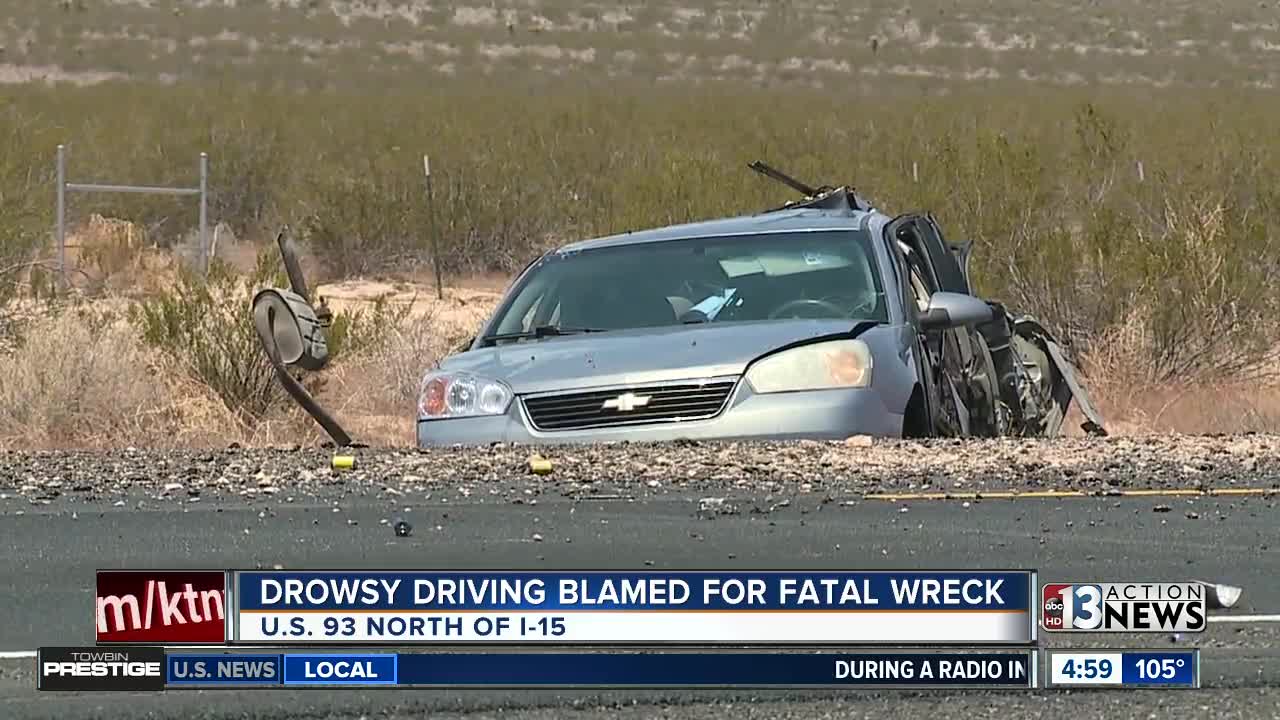 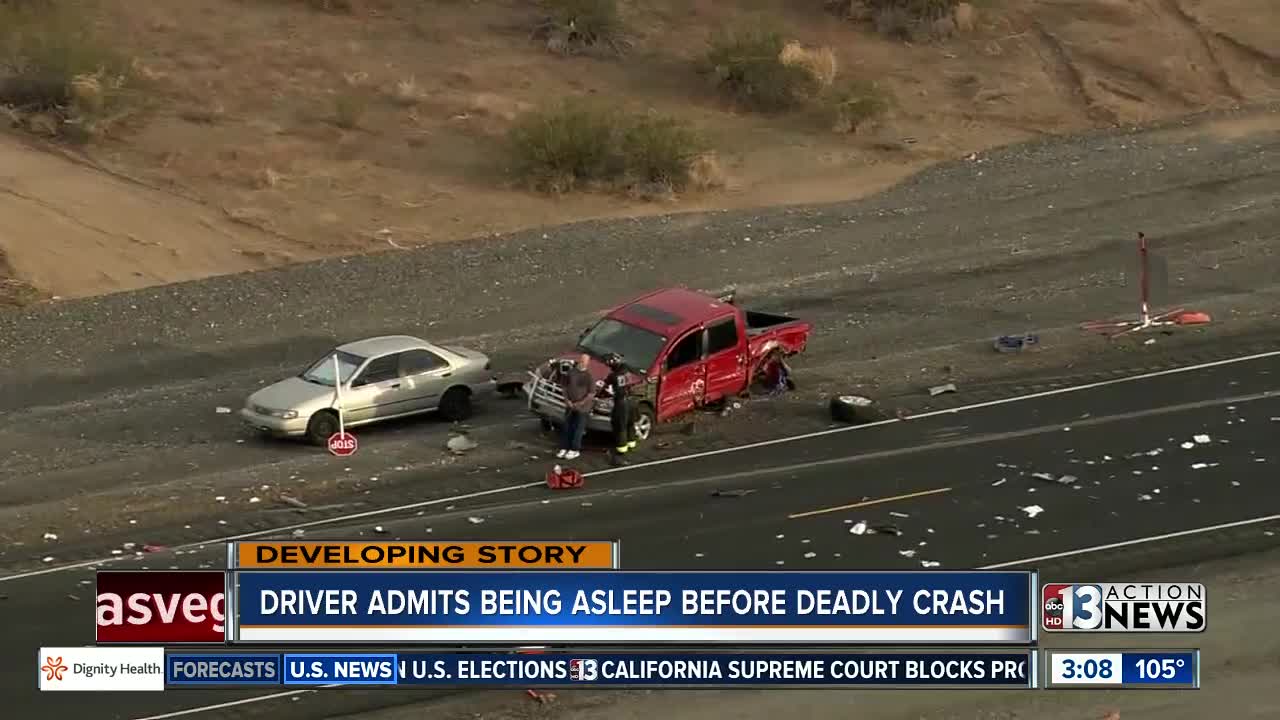 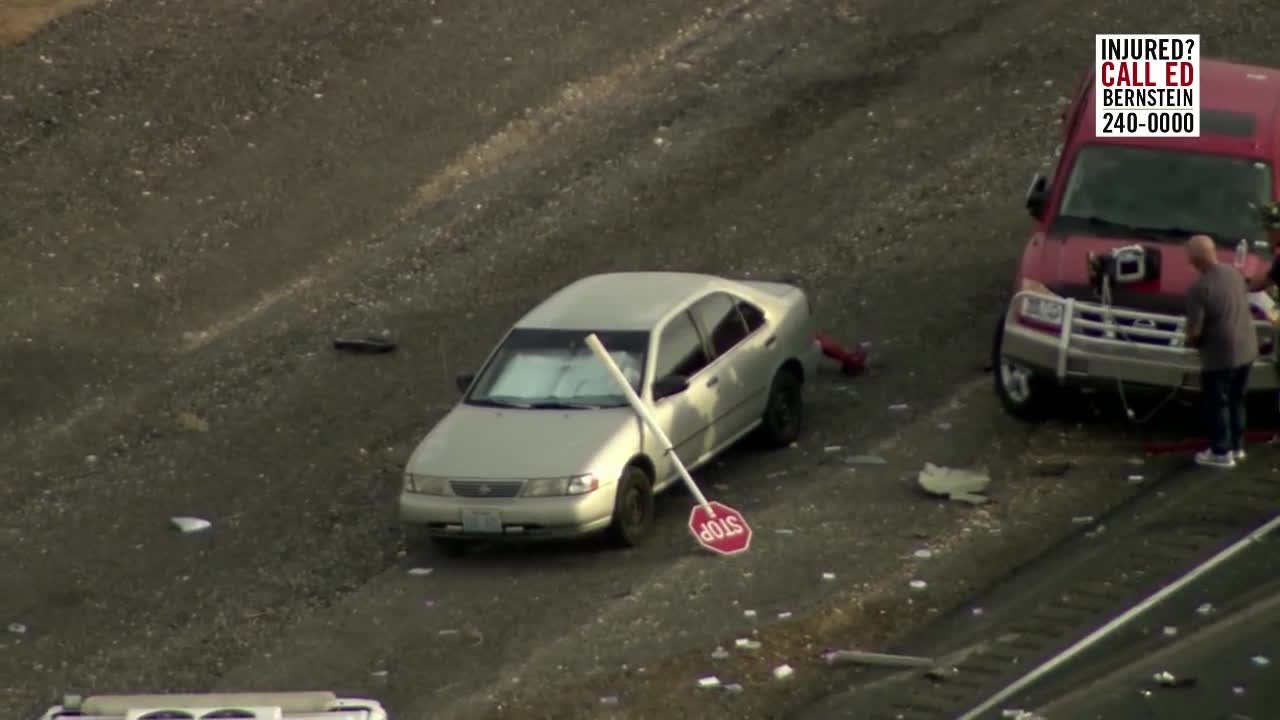 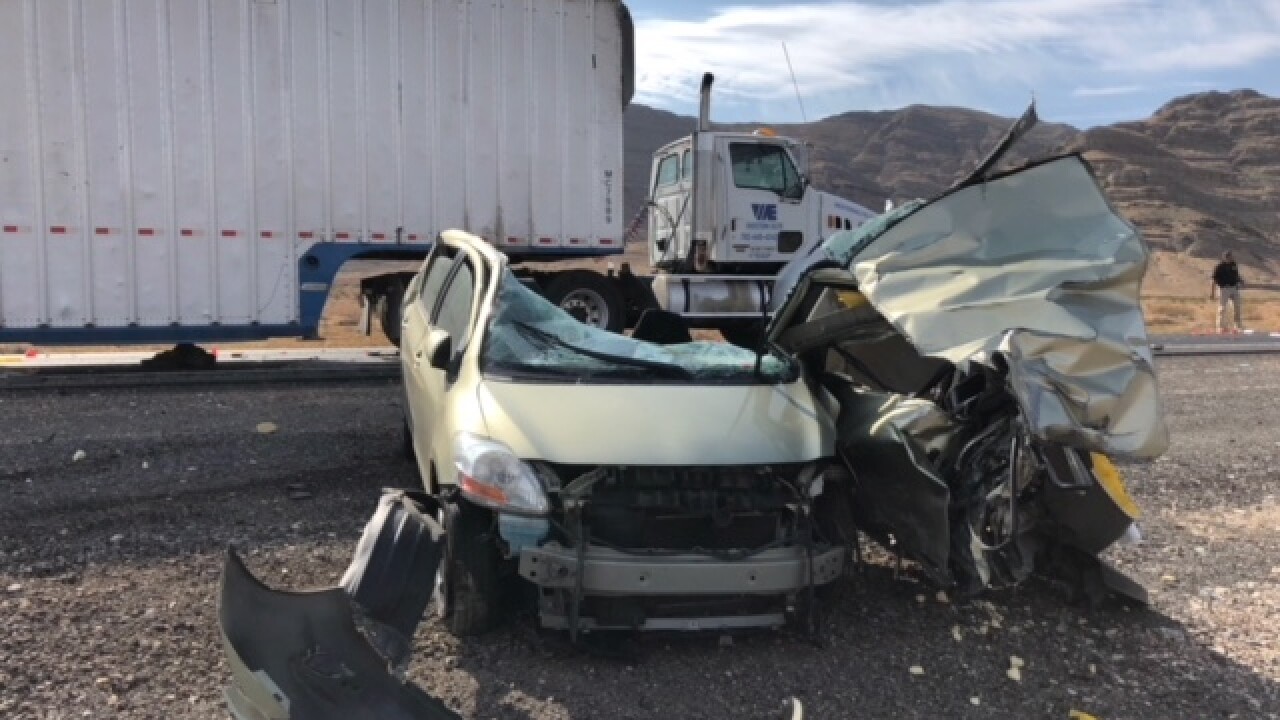 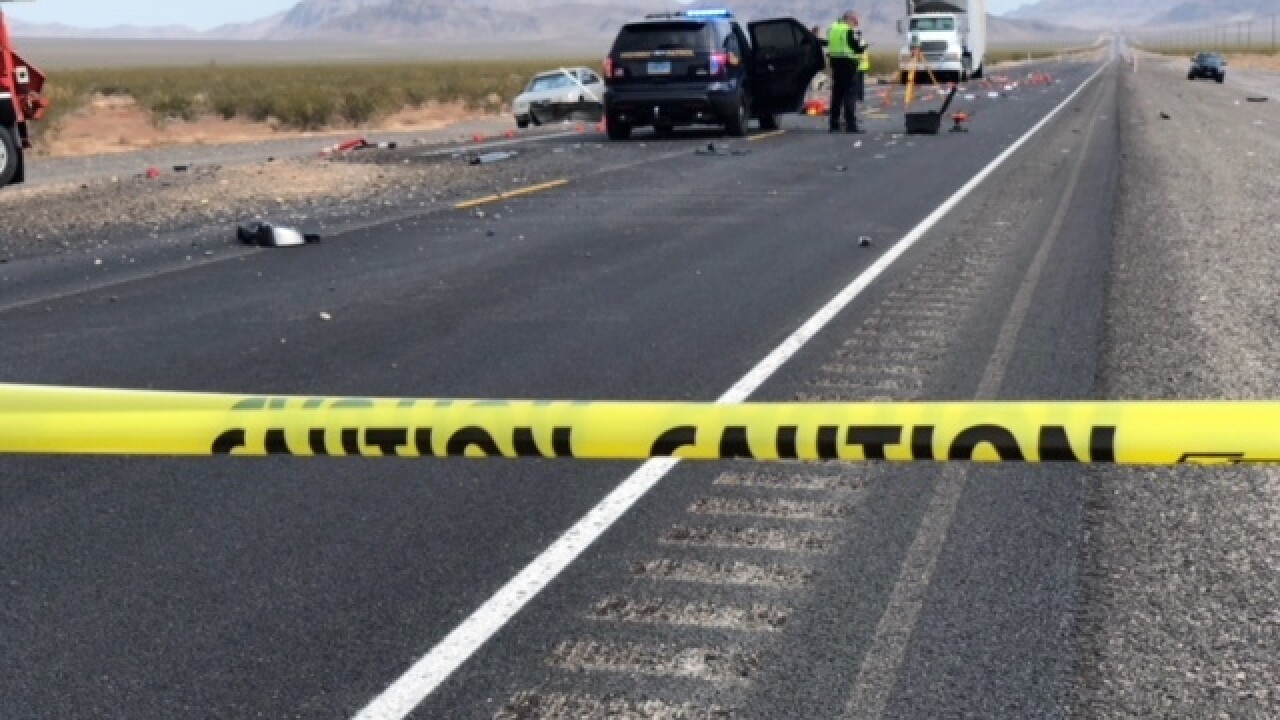 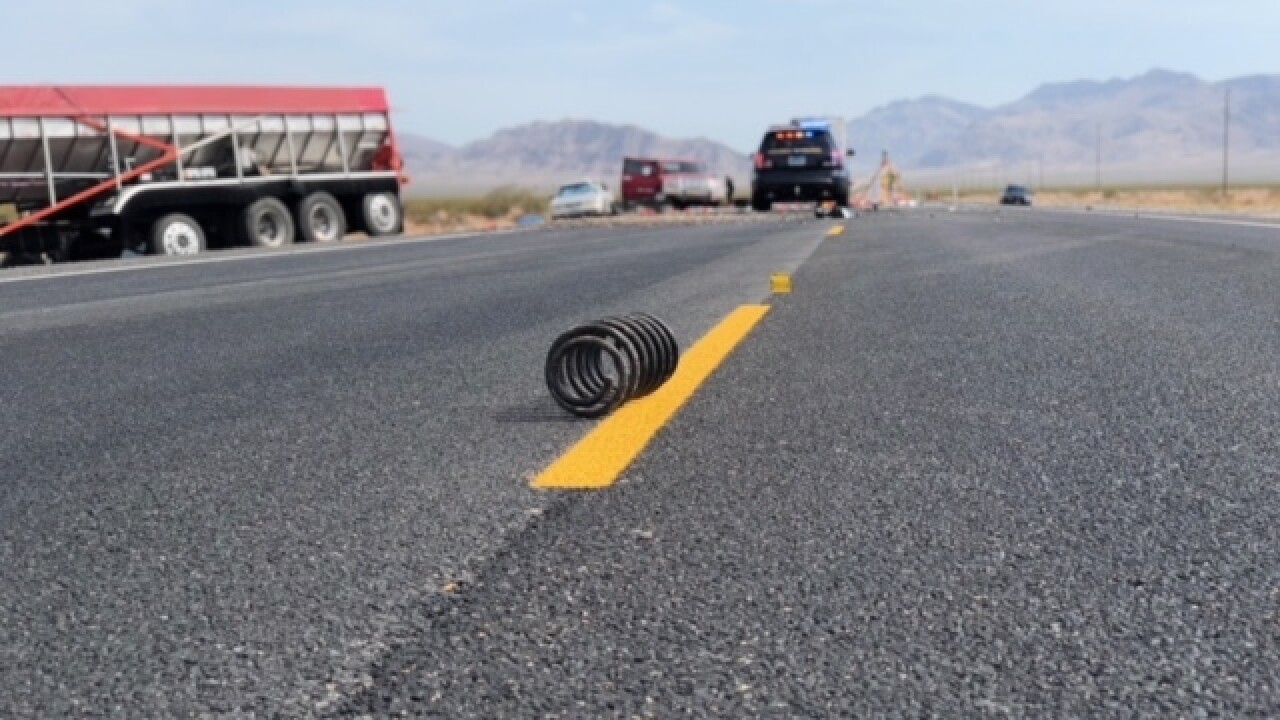 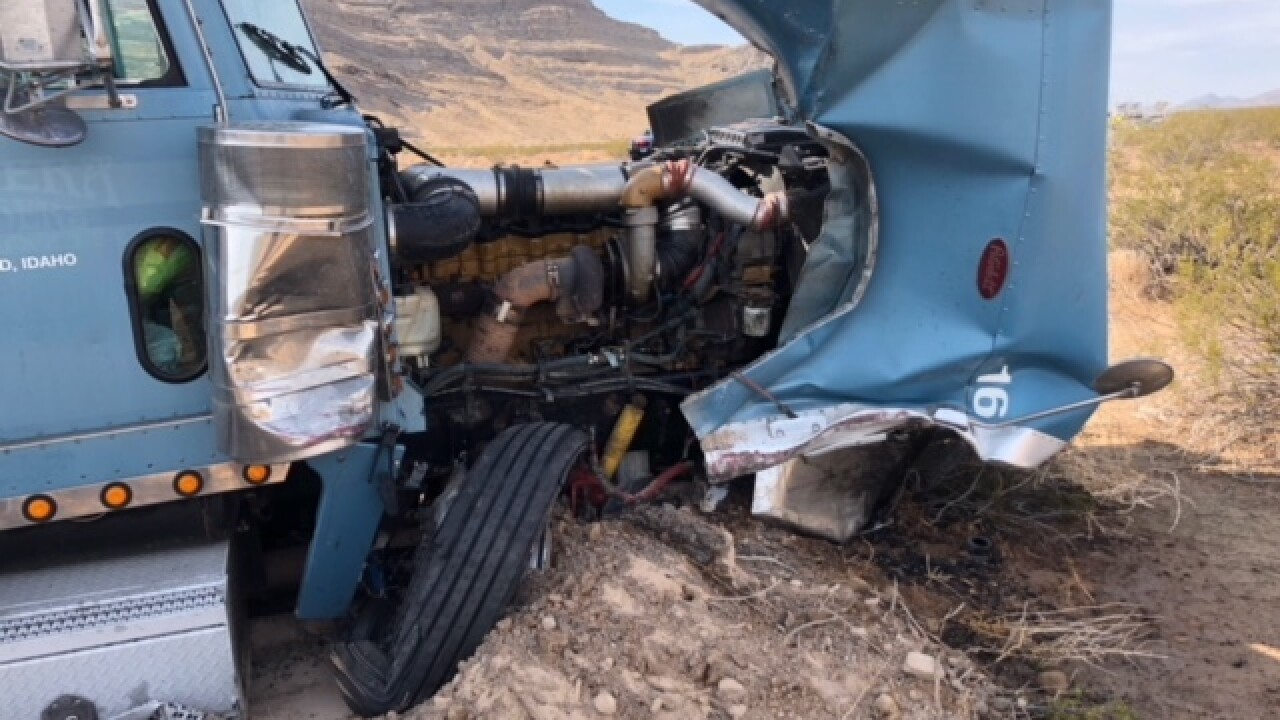 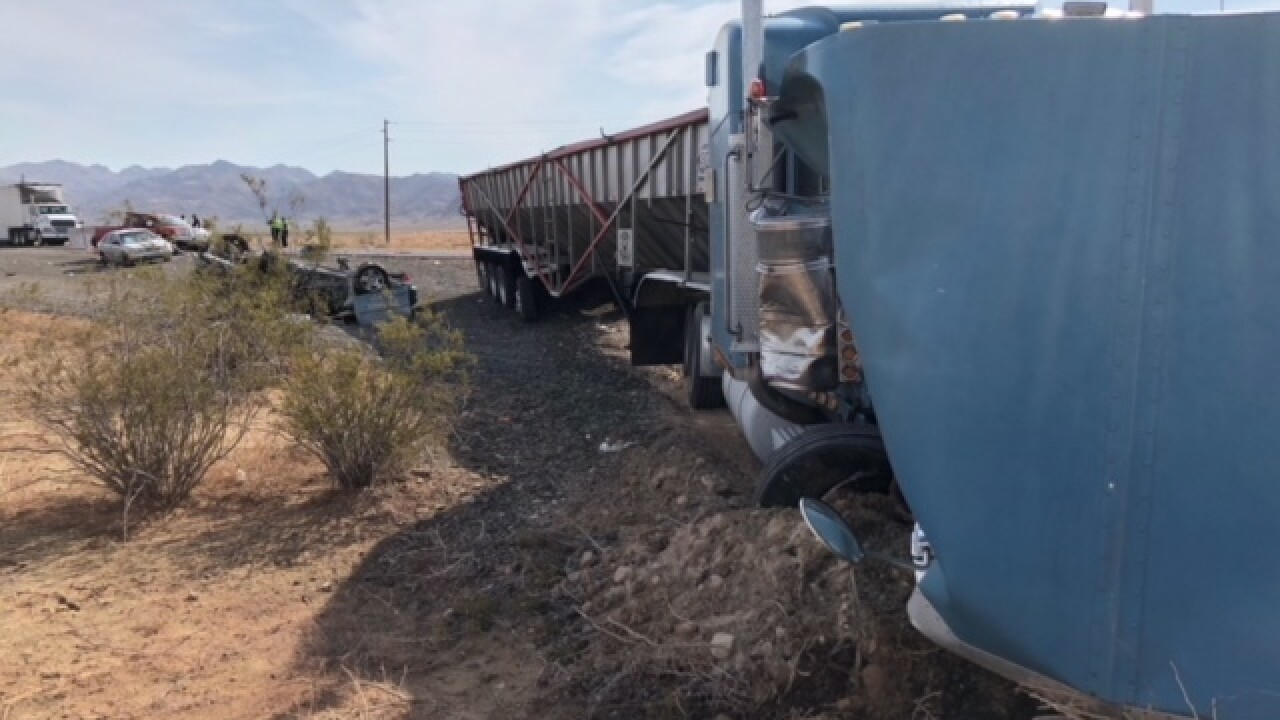 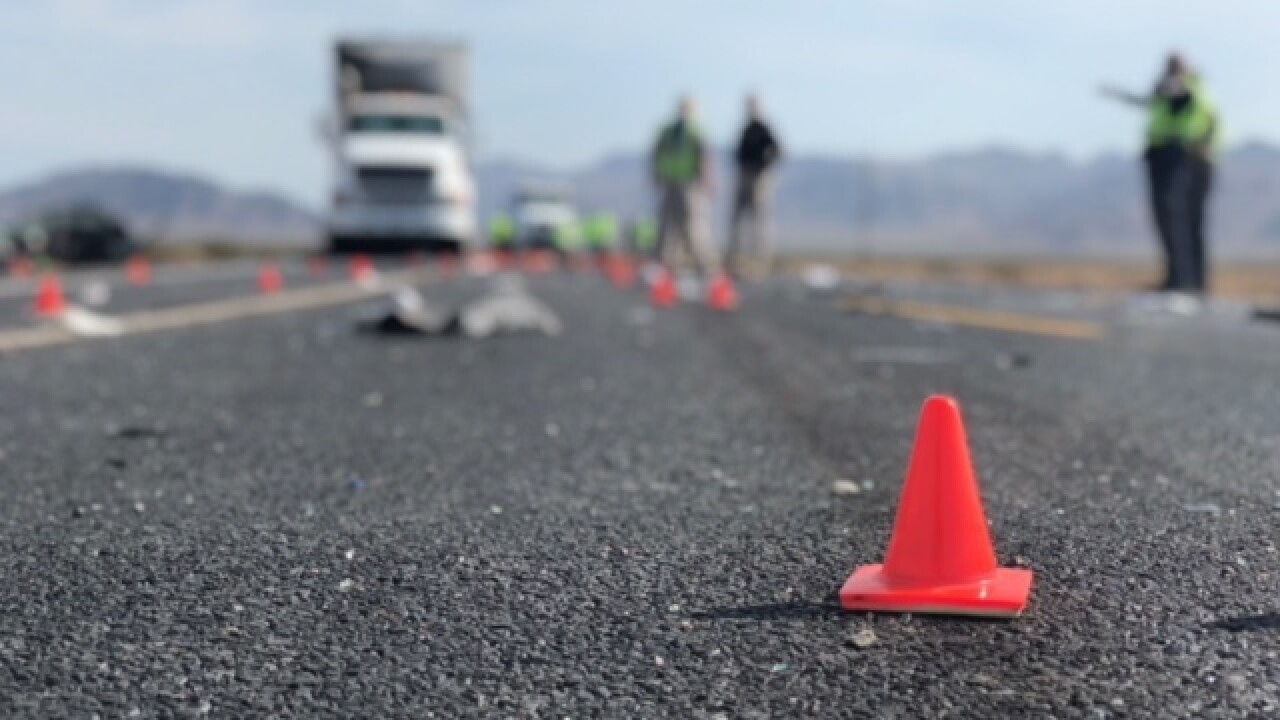 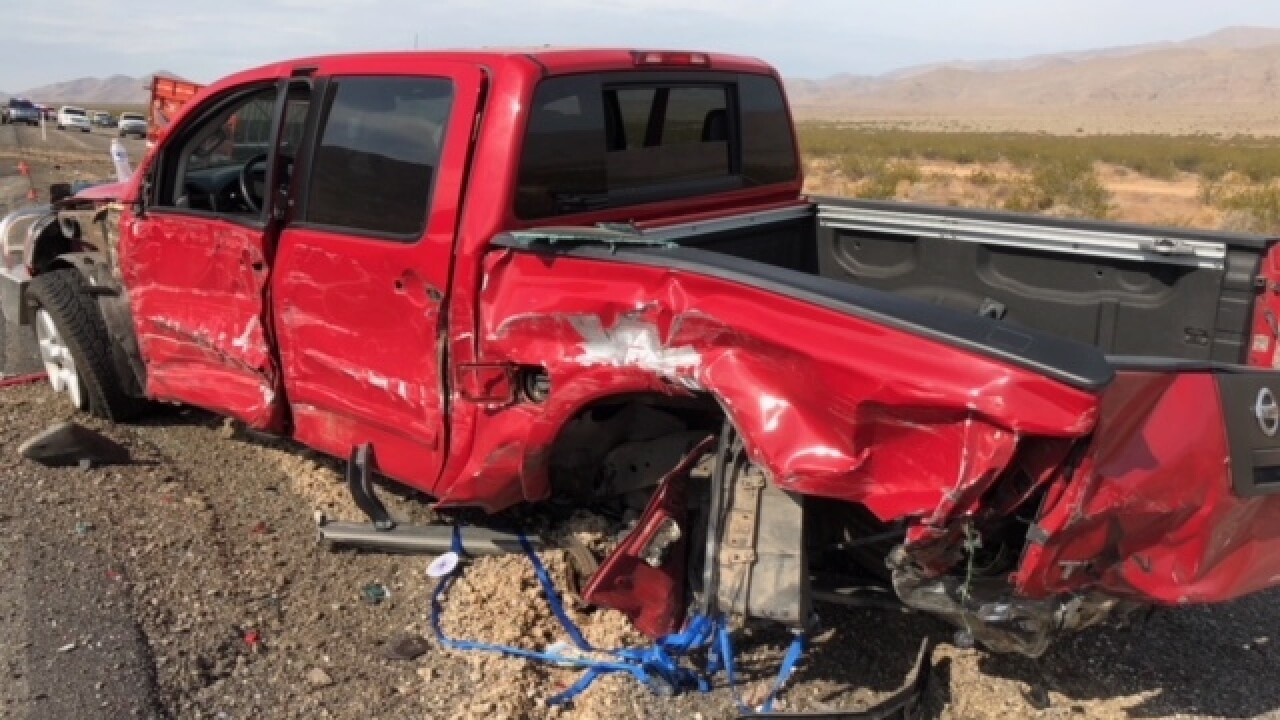 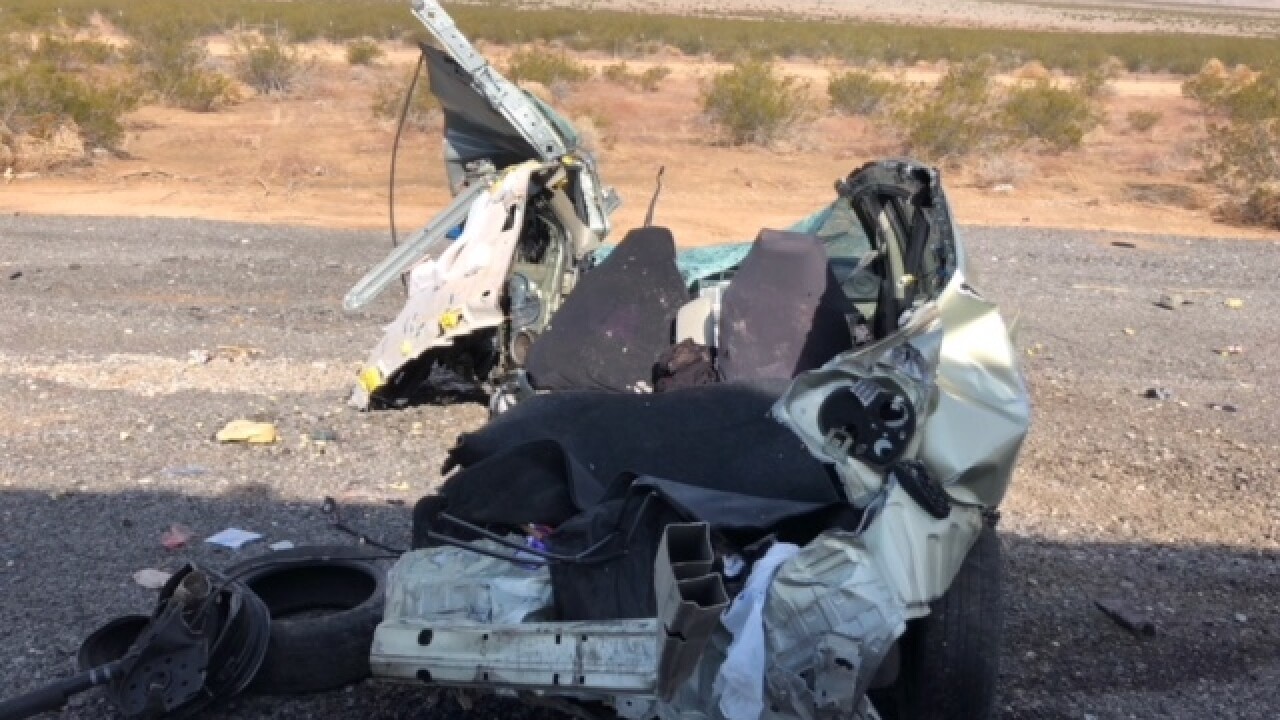 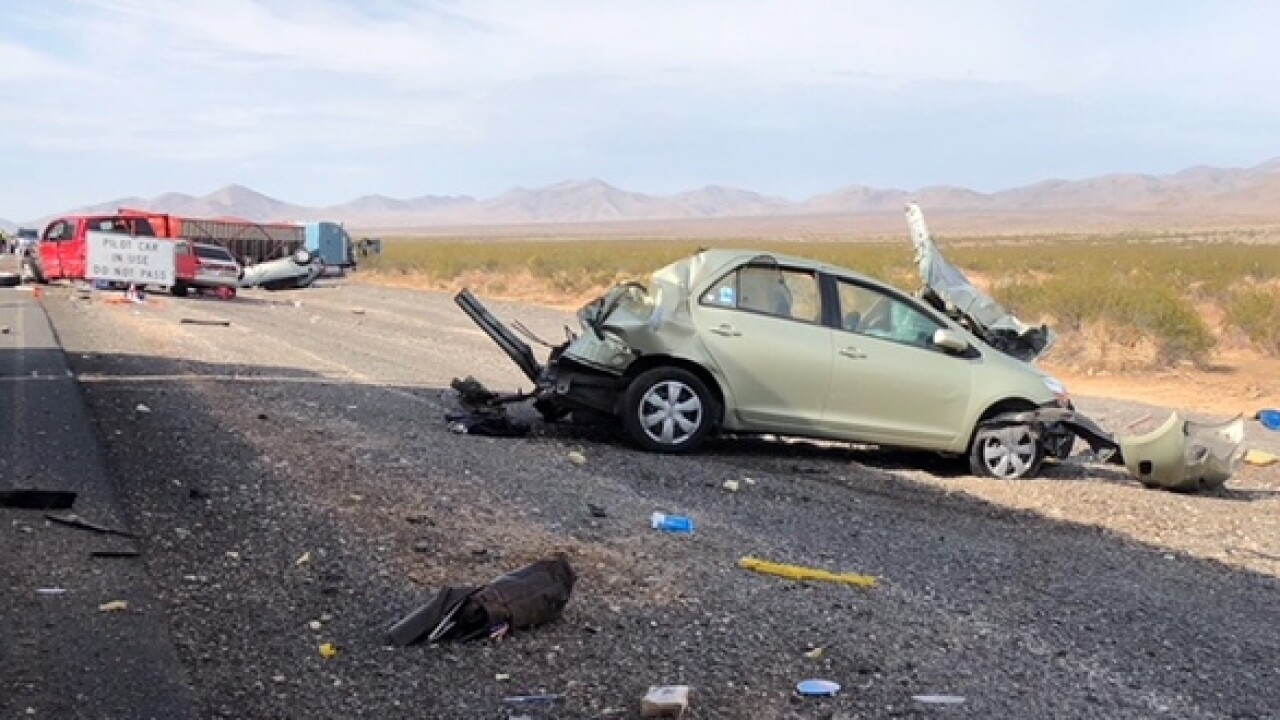 UPDATE JULY 19: The coroner has identified 50-year-old Robert Jay Barnes and 34-year-old Christopher Markley as the two men killed in the US 93 crash. Both men are reportedly residents of Boise, Idaho.

ORIGINAL STORY: According to Nevada Highway Patrol, four vehicles were hit by a semi while stopped on southbound US 93 in an active construction zone around 6 a.m. Wednesday.

Construction crews were installing rumble strips in the shoulder when the semi, with the trailer portion fully loaded with sand, rammed into the stopped vehicles. The semi driver admitted to investigators he was asleep at the wheel. He awoke seconds before impact and struck the rear of a Toyota Corolla, ejecting the driver and passenger.

The semi continued south striking another semi, a Nissan Titan, and a Chevy Malibu before coming to a stop.

The driver of the Titan and Malibu were transported by ground with non-life threatening injuries. The two men in the Corolla were pronounced dead at the scene. NHP said that the men were 50 and 35 years old and were from Idaho.

The semi driver was transported to University Medical Center with minor injuries.

13 Action News talked to another truck driver at the Love's Travel Stop near the crash site.

Austin Blevins, who is currently on the way to California from Tennessee, knows all to well the dangers of being behind the wheel of a big truck. He explained to us that it is not just a job, but a lifestyle and it comes with a big responsibility.

Blevins says that even looking down to grab a drink out of a console could lead to a crash that results in a loss of life.