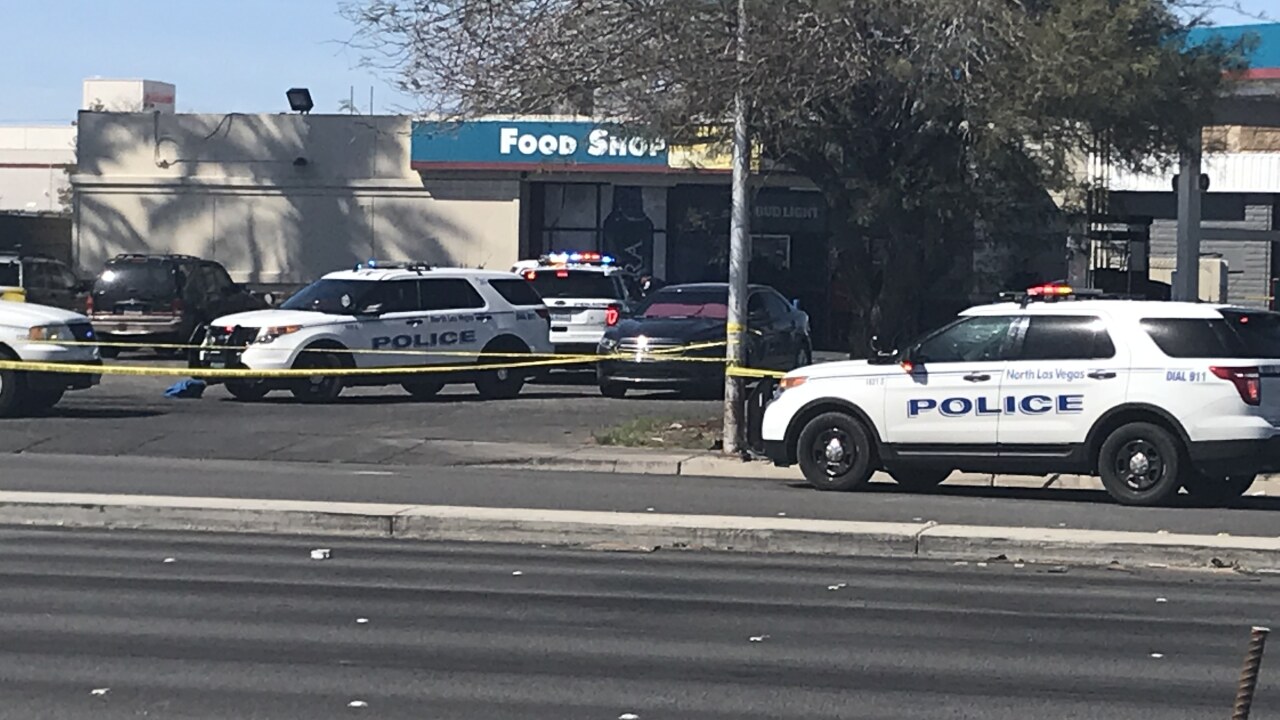 ORIGINAL STORY
The North Las Vegas Police Department is actively searching for a gunman after they say he shot and killed a man in daylight in a crowded area.

The confrontation happened just before noon at a convenience store at North Martin Luther King Boulevard and West Carey Avenue.

Police say the deadly drama unfolded in the parking lot and ended with a 19-year-old man dead.

Detectives tell 13 Action News that the suspect showed up, words were exchanged between the victim and gunman, and the argument escalated quickly.

The shooting victim was shot multiple times as he sat in the driver's seat of a car. A passenger witnessed the event, according to police. The gunman took off on foot running toward the north.

"The victim and the witness in this case both knew the suspect. He was known to both of them. We're going through the convenience surveillance video, along with witness testimony to confirm his identity," said Officer Eric Leavitt, spokesman for the North Las Vegas Police Department.

Leavitt said the violence occurred as a busy community event was taking place across the street.

"You don't see the random acts of violence in cases like this where it's a busy, busy intersection at noon," Leavitt added. "The event was going on across the street, the gas station was full," he said.

"It's not a crime of opportunity," Leavitt added.

Leavitt said this is the 8th homicide in North Las Vegas' jurisdiction in 2019.