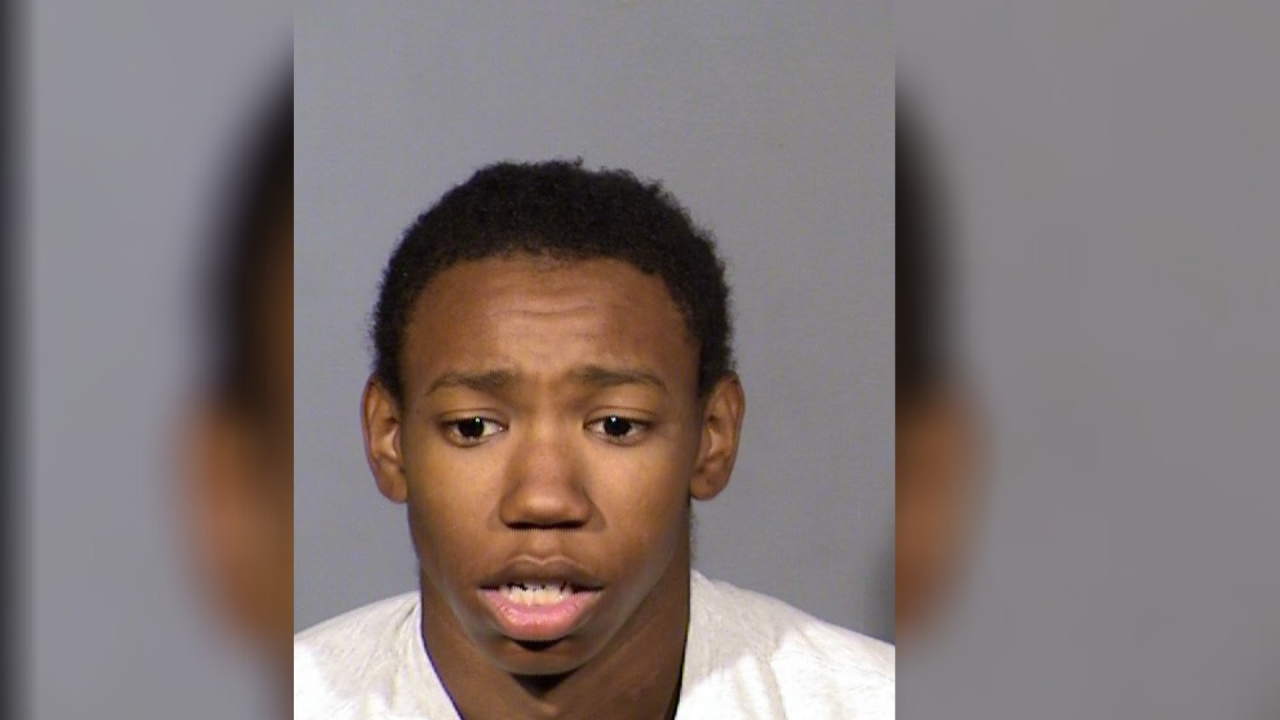 NORTH LAS VEGAS (KTNV) — A 16-year-old has been arrested for the deadly shooting of another teenager on Aug. 23.

The shooting happened during a confrontation between a group of teens near Las Vegas and Nellis boulevards on Aug. 23.

Police say that Tyaireon Collins has been arrested for killing 16-year-old Christopher Williams.

Police say surveillance e video from a 7-Eleven store showed a young man wearing distinctive clothing walking away from the scene. A Clark County School District police officer who had almost daily encounters with Collins was able to identify him immediately.

Collins was arrested Sept. 4 after crashing a stolen 2015 BMW during a police pursuit in North Las Vegas.

Police say that Williams was shot multiple times. His death was caused by a gunshot to his abdomen.