Resident speaks out about apartment fire 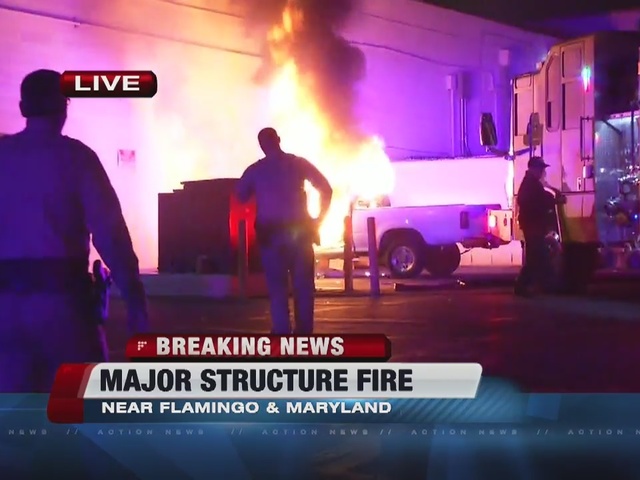 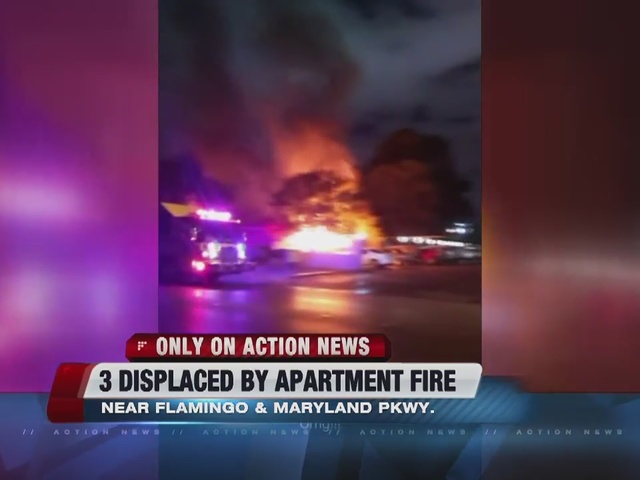 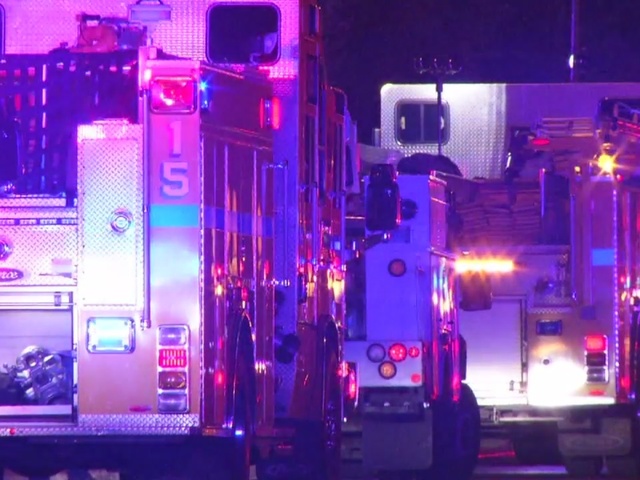 UPDATE: Kristopher Youts tells us the new management company has been bending over backwards to make sure his family has a home for the holidays. They are moving into a new apartment, and have been showered with donations from the entire community. In the meantime, the management company is checking all the apartments in the complex to ensure they all have working smoke detectors.

Firefighters battling an apartment fire had to call in extra help after a truck caught fire at a nearby shopping center.

The apartment fire near Flamingo Road and Algonquin Drive was called in just before 10:00 p.m. by neighbors.

The first crews on scene called in a second alarm after noticing heavy flames coming from the single story apartment building.

Two people were initially treated on scene for minor injuries, one was then taken to University Medical Center for further evaluation.

The American Red Cross is assisting two adults and one child displaced by the fire.

A man said his neighbor saved their lives because he claims there were no working smoke alarms inside the apartment. He said that he told management months ago about them and they were not addressed.

"We had no notice. Nothing," Kristopher Youts said. "If it wasn't for somebody beating on our door we would have burned."

Just got this video from the family displaced by the fire. It's hard to watch. Just heartbreaking.

A fence remains around the apartment building and the man and his family cannot get anything from their home.

As crews continued fighting the apartment fire another engine was called in when a pickup truck caught fire in the back of a shopping center less than a quarter mile down the street.

That fire destroyed the truck, but firefighters stopped it from spreading to the nearby businesses.

The cause of both fires is under investigation.

Action News spoke with the current apartment management group. They says this isn't entirely their fault. They claim they just bought the complex last week, and when they did there were a lot of incomplete work orders.
The president of the new management group says he plans on inspecting every smoke detector.
Action News also wanted to find out what the previous management group had to say about this. They claimed they hadn't heard about the fire and weren't aware of any issues with the alarms.
Scripps Only Content 2015