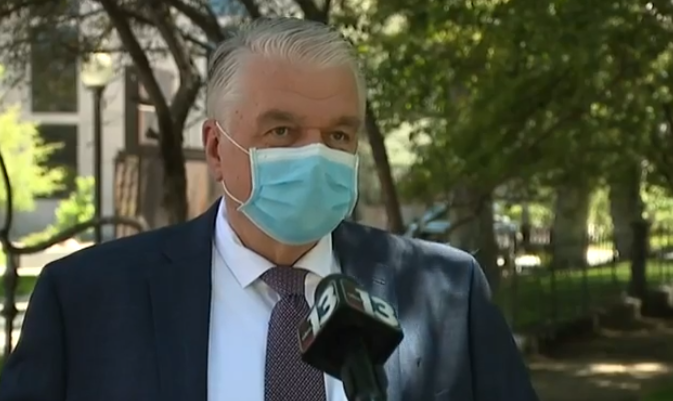 Watch as Nevada Governor Steve Sisolak speaks 1-on-1 with KTNV's Joe Bartels. The governor discusses the Nevada State Legislature's special session as well as the various issues being experienced by Nevadans with DETR and why potential fixes aren’t possible.

The proclamation by the governor sets the agenda for the session and limits the business that may be considered by lawmakers while in a special session. Specifically, it outlines the actions the legislature may consider to address the budget shortfall.

“I am eager to work with our Nevada lawmakers on this difficult undertaking, and finalize the necessary reductions while prioritizing resources to protect Nevada’s residents as much as possible,” said Gov. Sisolak.

Gov. Sisolak spoke with 13 Action News Reporter Joe Bartels on Wednesday and discussed the special session along with the ongoing issues reported by many with Nevada's unemployment office.

Stay with 13 Action News for continued coverage from Carson City.