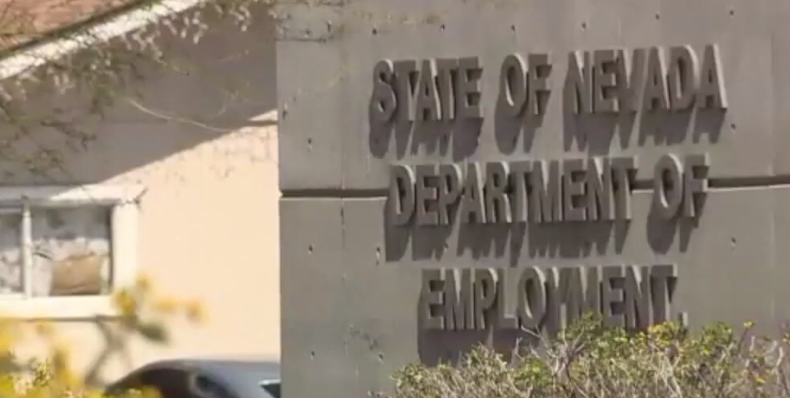 Finalized data from the Nevada Department of Employment, Training and Rehabilitation (DETR) show initial claims for unemployment insurance totaled 17,837 for the week ending May 16.

LAS VEGAS (KTNV) — Finalized data from the Nevada Department of Employment, Training and Rehabilitation (DETR) show initial claims for unemployment insurance totaled 17,837 for the week ending May 16, down 3,798 claims, or 17.6 percent compared to last week’s total of 21,635. This is the first week since the COVID-19 related business closures where the total number of regular initial claims has fallen below 20,000. Through the week ending May 16, there have been 480,233 initial claims filed in 2020, 458,581 of which have come in the last ten weeks.

More than 1/4 people in Nevada are now unemployed. With over 28% unemployment, Nevada currently has the highest unemployment in the country. pic.twitter.com/qvj2tDwwTu

On May 16, the State of Nevada’s Pandemic Unemployment Assistance (PUA) program began accepting claims from Nevada’s workers who are self-employed, 1099 contract workers, and gig workers. Initial claims filed for the week ending May 16, which were all filed on May 16, totaled 27,399. There are no continued claims to report for the PUA program for the week ending May 16. Nevada also began taking Pandemic Emergency Unemployment Compensation (PEUC) claims during the week, with a total of 518 claims. The PEUC program provides up to 13 weeks of benefits to individuals who have exhausted their regular unemployment benefits.

13 Action News received dozens of calls and emails from gig workers, claiming they were having issues filing, or hadn't received their pay. According to DETR, first payments are expected to be made beginning Wednesday, May 27.

Nationally, the advance figure for seasonally adjusted regular initial claims was 2,438,000 a decline of 249,000 claims from the previous week's revised level of 2,981,000. The national insured unemployment rate for the week ending May 9 was 17.2 percent, the highest rate in the history of the series. The national rate is reported with a one-week lag.

To file for unemployment in the State of Nevada, please use the online application available 24/7 at http://ui.nv.gov/css.html. People unable to file online may file via telephone by calling a UI Claims Call Center between 8 a.m. and 8 p.m., Monday through Friday and Saturday between 8 a.m. and noon. Northern UI Call Center: (775) 684-0350; Southern UI Call Center: (702) 486-0350; Rural areas and Out-of-State: (888) 890-8211. Claimants are highly encouraged to use the internet to file their UI claims, as it is the fastest and most convenient way to file and reserves the phone lines for individuals who are not able or do not have the necessary resources to file online. Online filing during non-peak hours, such as early mornings, at night or weekends is also highly recommended. To continue to receive benefits, claimants must file weekly.