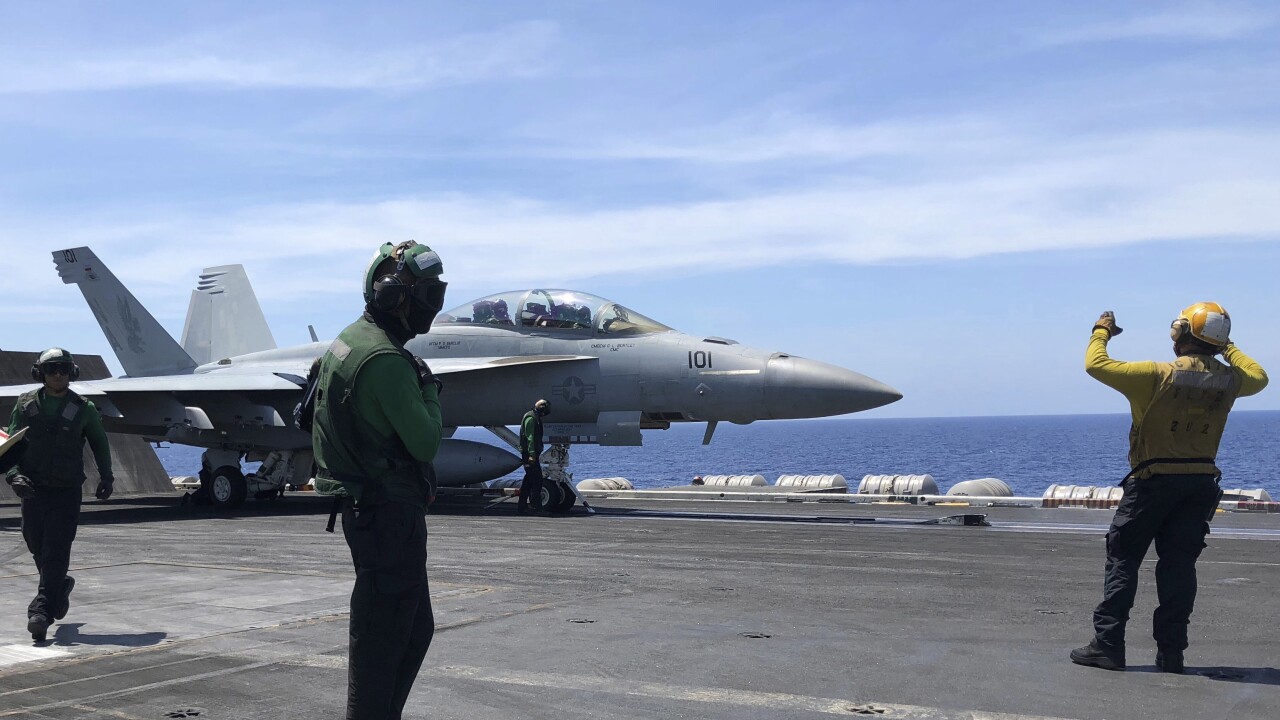 Copyright 2018 The Associated Press. All rights reserved.
Jim Gomez/AP
Crewmen of the U.S. aircraft carrier Theodore Roosevelt prepare their aircraft Tuesday, April 10,2018 in international waters off South China Sea. The aircraft carrier Theodore Roosevelt (CVN-71) is sailing through the disputed South China Sea in the latest display of America's military might after China built a string of islands with military facilities in the strategic sea it claims almost in its entirety. (AP Photo/Jim Gomez)

The now fired captain of the U.S.S. Theodore Roosevelt has tested positive for COVID-19, the New York Times reported on Sunday. The New York Times cited two Naval Academy classmates of Crozier’s who are close to him and his family.

Captain Brett Crozier called attention to the plight on board of ship earlier in the week amid a massive spread of COVID-19 among sailors, which turned into a public spat between Naval leaders and Crozier. Crozier leaked a memo to a newspaper, which brought attention on the ship, which is docked in Guam.

The spat resulted in Crozier’s dismissal as the ship’s captain.

On Friday, Crozier left the ship with hundreds of sailors chanting “Captain Crozier,” as seen in a number of videos that have since gone viral.

Secretary of Defense Mark Esper confirmed to CNN on Sunday that there have been 155 cases of COVID-19 on board the U.S.S. Theodore Roosevelt.

The Navy claimed Crozier not following the proper chain of command as justification for his firing.

"I could reach no other conclusion than that Capt. Crozier had allowed the complexity of his challenge with the covid outbreak on his ship to overwhelm his ability to act professionally, when acting professionally was what was needed most at the time," Navy Secretary Thomas Modly. "It creates a panic, and it creates the perception that the Navy is not on the job, the government's not on the job, and it's just not true."