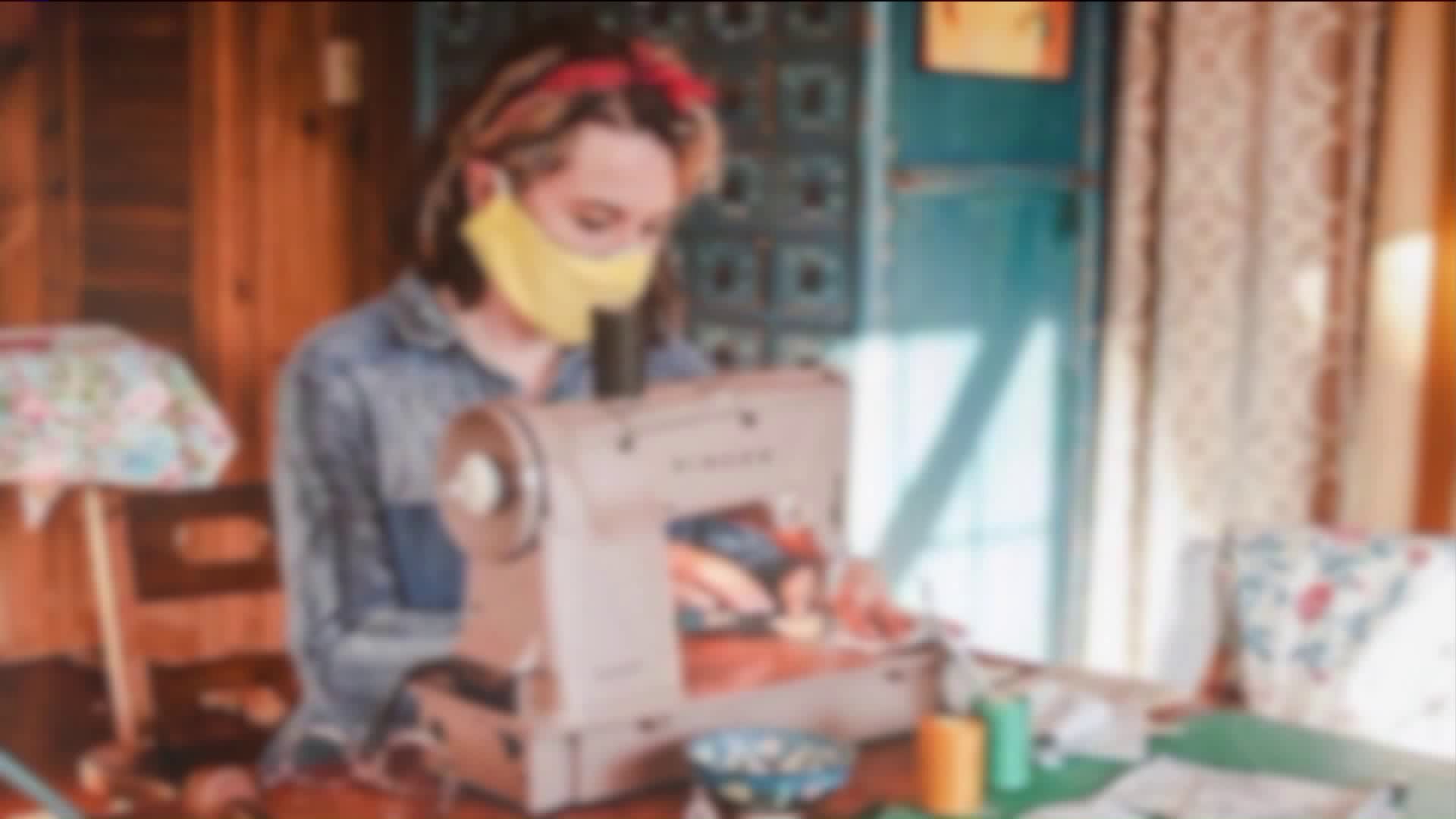 To wear a mask or to not wear a mask: it’s a question that has been debated for weeks.

Wear a face covering when you are outside or will be near other people,” Mayor Bill de Blasio urged New Yorkers Thursday.

But with nationwide shortages on masks, many are turning to the “do-it-yourself” arena which could be helpful or overwhelming.

With so many designs and patterns, and little to no research on its effectiveness, experts aren’t exactly jumping aboard the DIY train.

However, it’s putting New Yorkers like Mina Teslaro at ease. The web content manager, who runs Bellfire Farm in the Catskills, learned how to sew at an early age and is now putting her skills to work.

She’s giving homemade mask tutorials on Instagram and even donating some of the masks she makes to health care workers. Some tutorials on YouTube churn out a mask in no more than 60 seconds .

Experts say if you decide to go the homemade route, be sure to provide coverage from the bridge of your nose to you chin, making sure the mask itself is snug and have layers, preferably of cotton.

Officials do warn, just because you managed to figure it out on your own doesn’t mean you let your guard down.

“Don’t get a false sense of security that now you don’t have to social distance and you don’t have to take the normal precautions just because you’re wearing a bandana,” Gov. Andrew Cuomo said at a Friday briefing.

This article was written by Andrew Ramos for WPIX .