The City of Henderson has fined Xtreme Manufacturing, the company that hosted a rally for President Donald Trump's reelection campaign on Sunday, $3,000 citing crowd size, lack of face coverings, and lack of social distancing amid the pandemic as the reason. Jeremy Chen reports. 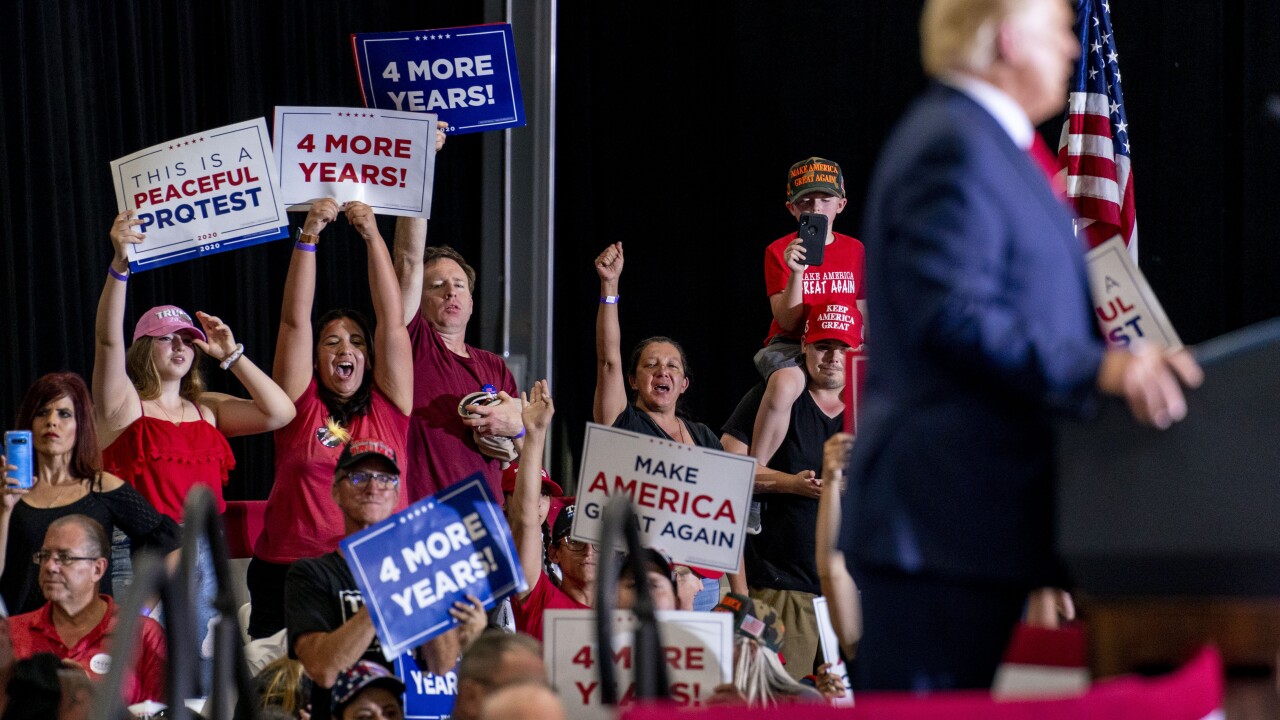 HENDERSON (KTNV) — The City of Henderson has fined Xtreme Manufacturing, the company that hosted a rally for President Donald Trump's reelection campaign on Sunday.

The company was fined $3,000 because of crowd size, lack of face coverings, and lack of social distancing amid the pandemic.

Due to an emergency directive issued by Gov. Steve Sisolak, crowd sizes are limited to 50 people.

“You know, they’ve got a job to do. They may be being directed, so we respect everybody’s position.”

Owner Don Ahern reacting to the citation and fine given by the city.

He argues his event was no different than people gathering at pools, gaming tables, or for the recent protests in the valley while reiterating the first amendment.

“My goal was to continue the great American tradition of the right to assemble," Ahern said.

WATCH: Don Ahern, host of the Trump campaign event last night in Henderson, is speaking to the media about being fined over last night's event.

The Trump campaign told 13 Action News they estimate around 5,000 people attended the rally inside Xtreme Manufacturing, and a few thousand outside.

The city issued six fines to the business totaling $3,000.

Read a statement from the City of Henderson below:

The City of Henderson advised Xtreme Manufacturing that an event planned for Sept. 13 at their facility must comply with the governor’s COVID-19 emergency directives to not gather in groups larger than 50 people, require the use of face coverings and practice social distancing. During the event, a compliance officer observed six violations of the directives and the City’s Business Operations Division has issued a Business License Notice of Violation to Xtreme Manufacturing and assessed a penalty of $3,000. The company has 30 calendar days to respond to the notice and pay the penalty or dispute the notice of violation.

Henderson’s case counts for patients testing positive for COVID-19 are by far the lowest amongst Southern Nevada’s jurisdictions and the City of Henderson would like to thank the businesses and residents who have followed the state guidelines to stay safe and healthy so that we can reopen all businesses and get people back to work.