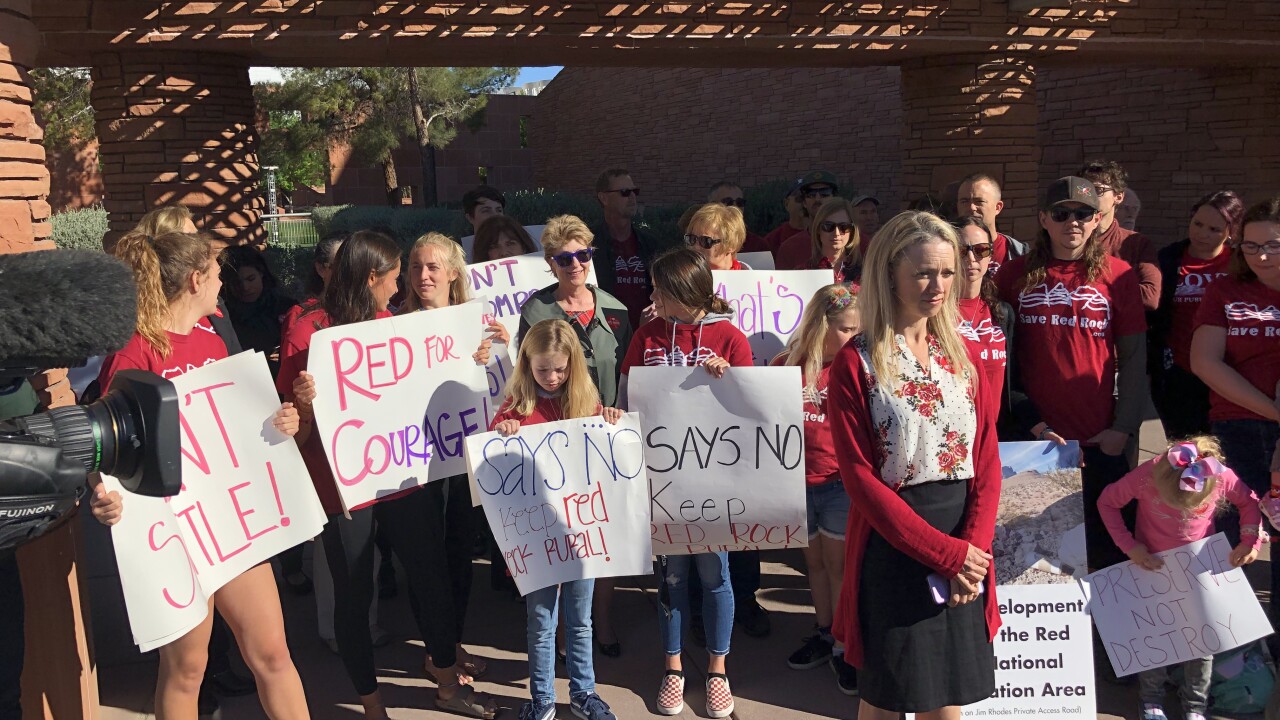 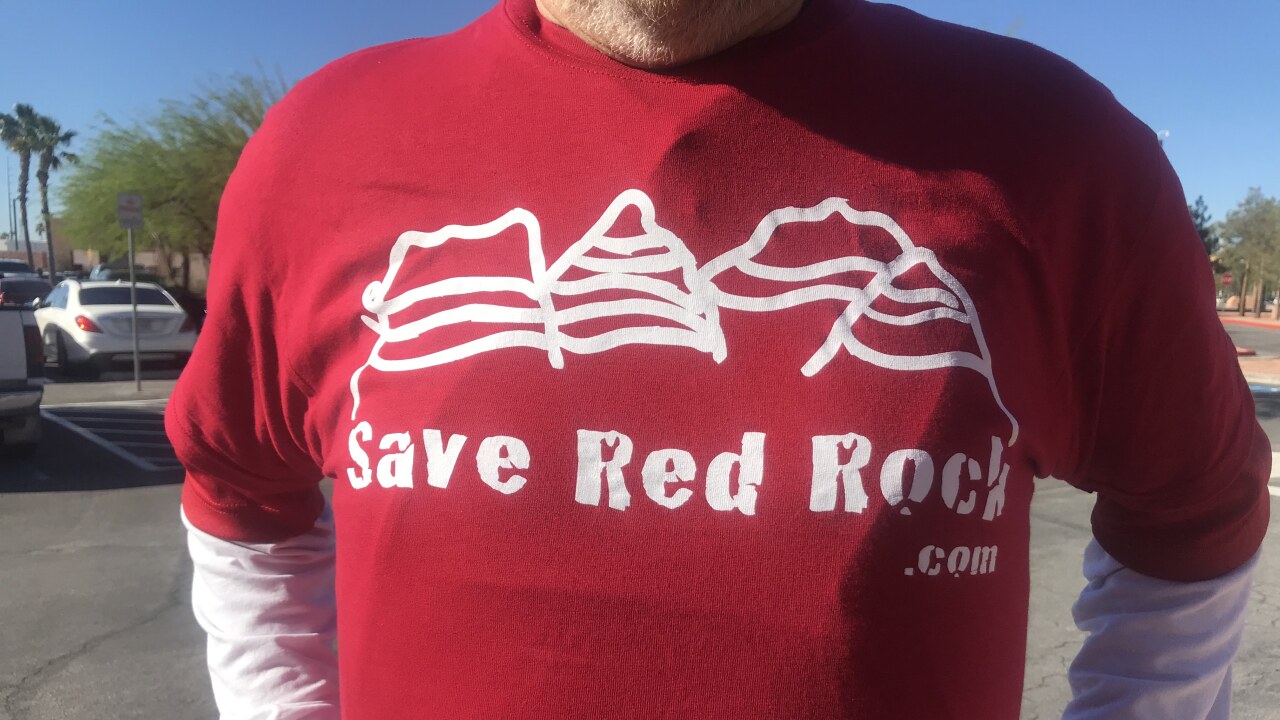 LAS VEGAS (KTNV) — A development project near Red Rock Canyon was put on hold after a vote by Clark County Commissioners on Wednesday.

Gypsum Resources wants to build businesses and thousands of homes near Red Rock.

However, commissioners voted to turn down a waiver request from the company seeking to bypass Bureau of Land Management right-of-way approval for the project.

As that request was denied.

Save Red Rock is a local non-profit that opposes the development plan and has been involved in an ongoing 16-year battle to preserve the area.

Members of the organization gathered in protest before the meeting with signs expressing their dissent.

Gypsum Resources, LLC has tried for more than a decade to advance a housing development plan near the working gypsum mine.

With plans that would include more than 5,000 homes be built on more than 2,000 acres on top of Blue Diamond Hill, giving homeowner's a backyard view of Red Rock Canyon.

But before construction can begin, the Clark County Commission wants the developer to build a new road.

"We told them that they have some time, they have a year to come back and fill in those conditions," said Commissioner Justin Jones.

The county has made it clear the new road cannot be near or connect to State Highway 159.

The developer said it will keep working on the proposal until it meets the conditions.

"We are going to continue forward with the project, as proposed. We don't see this as a setback," Ron Krater said.

The proposal has been around for years, in 2011 the plan was first introduced to the county.

"Today Save Red Rock is thrilled for the people. For all the people who have fought so long and hard for Red Rock Canyon. Today was not just a minor victory or delay. Today was HUGE! 7 years ago, Commissioner Susan Brager attached some requirements to the development plan. Today, led by a motion by Commissioner Justin Jones, all the commissioners voted to deny the developer’s request to hear his plan without having to meet all the requirements. The developer cannot come back without meeting those requirements first. He has been unable to meet them in the past 7 years and we don’t think he can anytime soon. We are now looking to a brighter future for Red Rock Canyon. We will be working on new ways to give Red Rock more room to breathe instead of more crowding. It’s a big dream but Red Rockers are proven fighters and winners and we never give up!"