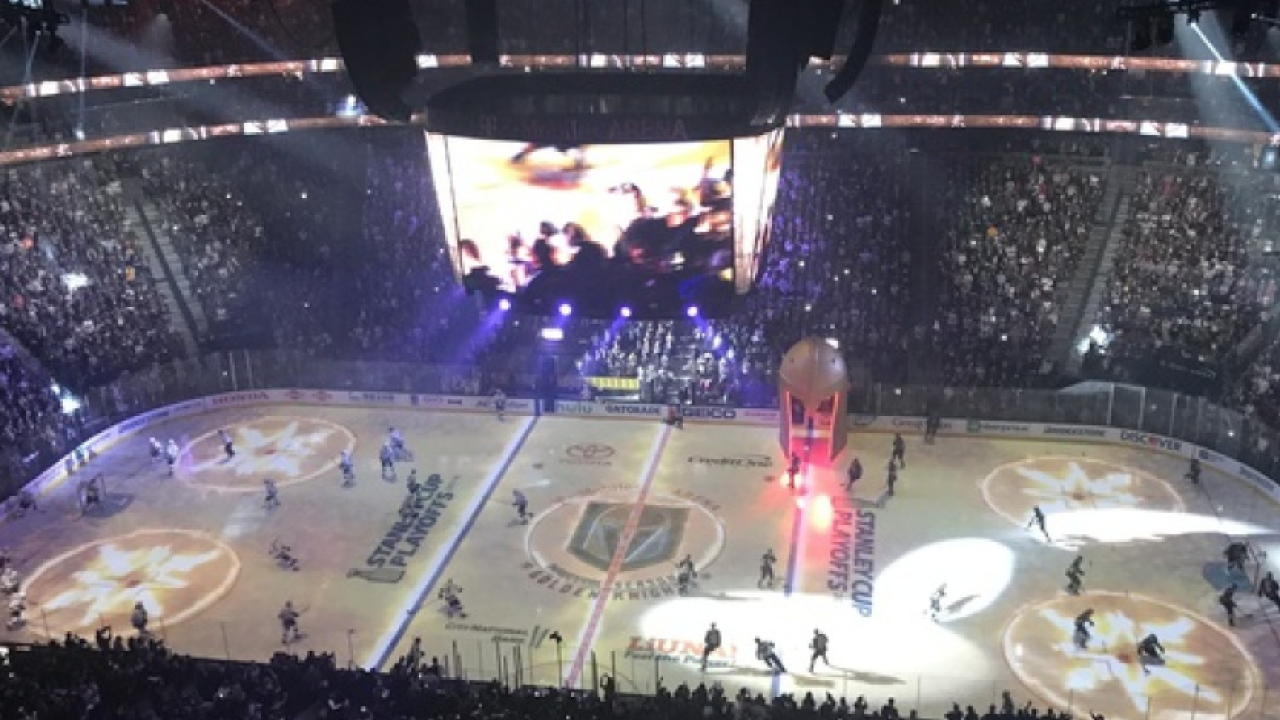 LAS VEGAS (KTNV) — Fans in attendance at Saturday's Golden Knights game at T-Mobile Arena will get a few bonus performances during the game.

Cirque du Soleil and the Blue Man Group are slated to bring their creative acts to the arena as they perform on the ice during two intermission breaks.

During the first intermission, 25 "KÀ" cast members are expected to take part in a performance that will include a theatrical battle scene drawing inspiration from the show's theme.

Then, during the second intermission, the Blue Man Group will have a one-of-a-kind musical performance of "Creature Feature," an exclusive piece found in their Las Vegas production.

Also, as the Knights will be facing the Montreal Canadiens, the Canadian national anthem will be sung by Rochelle Collins, a cast member of "KÀ" at the MGM Grand hotel-casino.

A full-service Cirque du Soleil experience will be in the plaza ahead of the game for photos with interactive billboards as well.

Tickets to the game can be checked here, and more Cirque information is available here.