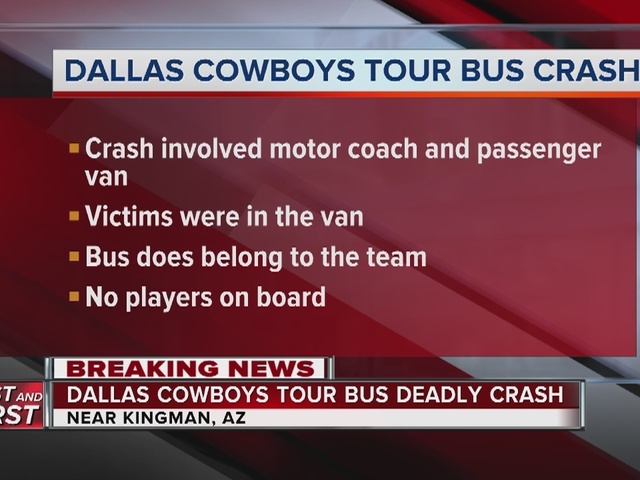 No players were on board the bus when it crashed on US 93 in Arizona. 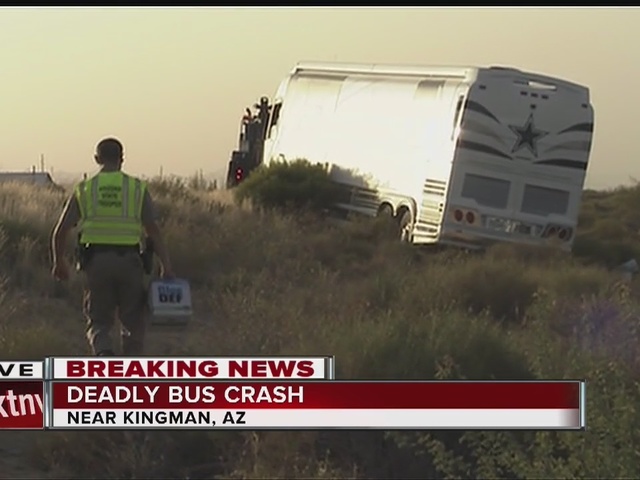 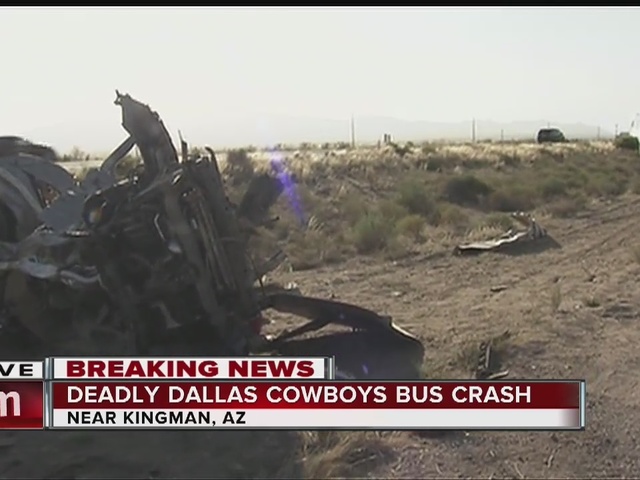 Four people have died in a crash involving a Dallas Cowboys bus and a passenger van in northwestern Arizona Sunday afternoon.

On scene: #DallasCowboys official bus crashes with van. Look how mangled it is. 4 ppl from van dead. Awful!! @KTNV pic.twitter.com/do2hfWC9Jk

Fatal wreck on US93N near Kingman AZ involving a vehicle and the #DallasCowboys bus. pic.twitter.com/AeZlhJQJ1m

The crash was reported on northbound U.S. 93 about 28 miles north of Kingman at milepost 42, which is Pierce Ferry Road. The road leads to Dolan Springs.

The Arizona Department of Public Safety said the crash involved a tour bus and passenger van. The DPS said no one in the bus was injured and four people in the van were killed. They are reported to be two adults and two teens.

GRAPHIC: This is the van that crashed with the official #DallasCowboys bus. Four people in van died. @KTNV pic.twitter.com/bubJEVOXFx

Officials also said the van was making an illegal left turn onto U.S. 93 when it collided with the bus.

The Dallas Cowboys were supposed to do a meet-and-greet at GameWorks at Town Square Las Vegas on their way to preseason training camp in California. No Cowboys players were on the bus.

The Las Vegas event was scheduled for 3 p.m. Sunday and had an expected attendance between 50 to 75 fans. The team has been on a road trip, including stops in Texas and Arizona, according to Mickey Spagnola's blog on the Cowboys website.

Four Cowboys staff members -- Cowboys writer Spagnola, team mascot Rowdy, videographer Jason Walraven and the bus driver -- were among those on board, according to WFAA in Dallas. They only had bumps and bruises as a result of the crash.

Dallas Cowboys owner Jerry Jones said in a statement that the organization is "deeply saddened" by the loss of lives in Sunday's collision. Jones added the Cowboys organization's thoughts, prayers and concerns are with family members and loved ones of those who were killed.

A look at some of the damage done to the #DallasCowboys bus after it collided with a van on US93 N of Kingman, AZ. pic.twitter.com/IJlsX6IzA8