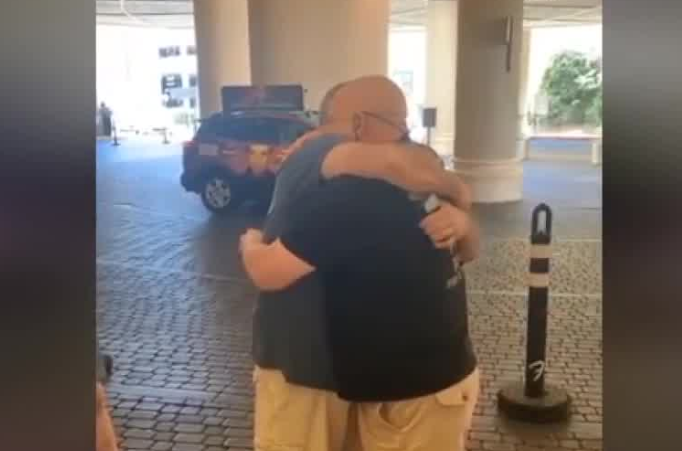 Brothers meet for the first time, traveled to Las Vegas for the special occasion.

LAS VEGAS (KTNV) — An emotional meeting decades in the making!

Michael Peterson is from Minnesota. He has been searching for his brother Jerry for close to 25 years.

Michael's mother gave Jerry up for adoption in Arizona back in 1967.

And through the help of a confidential intermediary, Michael was able to find him!

Michael was already planning a trip to Las Vegas.

So he invited his brother along.

It's a trip they will never forget.

Later this month Jerry will be traveling to Minnesota to meet his mother.