Breaking News for May 15

The Clark County Fire Department responded to a report of a fire at 5421 Harmon Blvd.

This is a roundup of all the breaking news from around the Las Vegas valley for May 15, 2017.

The Nevada Department of Corrections reports on May 10, inmate Timothy W. Grimaldi, 65, died at Renown Regional Medical Center in Reno. Grimaldi was housed at Lovelock Correctional Center prior to admission to Renown on March 1. He was committed from Clark County on June, 21, 1972, and was serving 2 Life sentences for murder in 1st degree and attempted possession of a weapon by a prisoner.

An AMBER Alert for two missing Boise children was issued today for Jaylynn Dundon and Madison Dundon. They were picked up from school by their father, Joshua Dundon, on Wednesday, May 10, at 10 a.m.  Third hand information suggested that the three may have gone camping.  Family grew concerned and called police on Friday, May 12, when no one could get in touch with Joshua.  Joshua Dundon has joint custody of the children.

On Thursday, May 11, in Eureka, Nevada, the Sheriff’s Office found a burned vehicle in a rural part of the county. After authorities dismantled the truck and found a partial VIN number, they were able to confirm that the vehicle was a pickup truck belonging to Joshua Dundon.  Deputies on scene were also able to locate multiple sets of footprints in the area. This information along with other evidence uncovered during the investigation led authorities to issue an AMBER alert.  Joshua Dundon is possibly armed. 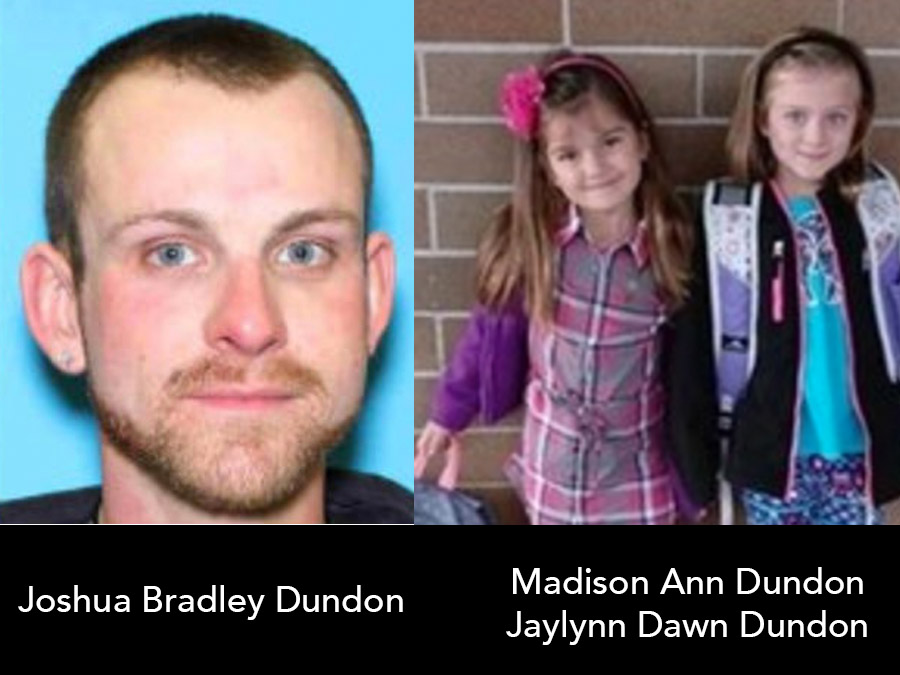 Charleston Boulevard closed in both directions at Main Street due to a crash. Early reports say the two vehicles involved were a semi-truck and a sedan. More details to come.

The Clark County Fire Department responded to a report of a fire at 5421 Harmon Blvd. Upon arrival crews reported heavy smoke and flames from the second floor of the 2 story apartment building. Crews had knockdown of the fire by 4:54 A.M.

LVMPD is investigating an officer involved shooting, near Ft. Apache and Tropicana. A male suspect has been taken to the hospital. No officers were hurt.