The driver of the semi truck that crashed on I15 on Friday morning has been arrested for possibly driving while drunk.

This is a roundup of the latest breaking news from around the Las Vegas valley.

Las Vegas Fire & Rescue responded to a fire at 7944 Decker Canyon Drive, near Vegas Drive and Cimarron Road, at 11:40 p.m. Firefighters rescued a person found in a bedroom of a downstairs apartment. The person is in critical condition after suffering smoke inhalation. READ MORE.

Eight people were displaced in an apartment fire at 4607 Monterey Circle, near Harmon Avenue and Koval Lane, around 8:02 p.m. While the fire was contained to a single apartment, several others were damaged by smoke. No injuries were reported and the cause of the fire is under investigation.

A canopy caught fire at the Golden Nugget hotel-casino's employee entrance around 8:42 p.m. at 129 Fremont Street. Las Vegas Fire & Rescue reported the fire was out on arrival and crews were working on getting the smoke out of the hall. The cause is unknown at this time. No injuries were reported. The part of the building is away from the guest areas. The damage was to the awning only.

F3S Golden Nugget Hotel (Bridger/1st St side) canopy on fire over employee's entrance - OUT on arrival, getting smoke out of Hall, some >>>>

UPDATE: E1/E201/T1 will handle, assist Maint. With getting smoke out. This is employee/ delivery part of bldg, well away from guests areas.

More information released for critical injury crash near Fort Apache Road and Lake South Drive. A 62-year-old man is believed to have been under the influence when he ran into a car driven by a 26-year-old female. The man was critically injured. The woman received minor injuries. Crash remains under investigation.

3 lanes of north I-15 northbound near Charleston have re-opened after a crash involving a semi truck early Friday morning.

Police are investigating a domestic-related shooting that happened near U.S. 95 and Valley View Boulevard. The shooting was reported at 10:45 a.m. Police believe the suspect is inside a residence in the 7600 block of Nature's Song Street, near Buffalo and Farm roads. Police are attempting to contact the suspect.

The northbound lanes of I-15 near Charleston are still closed at this time because of a crash involving a semi truck on Friday morning.

Las Vegas police are seeing a pair of sisters who disappeared on April 13 in the area of Paradise Road and Twain Avenue. READ STORY. 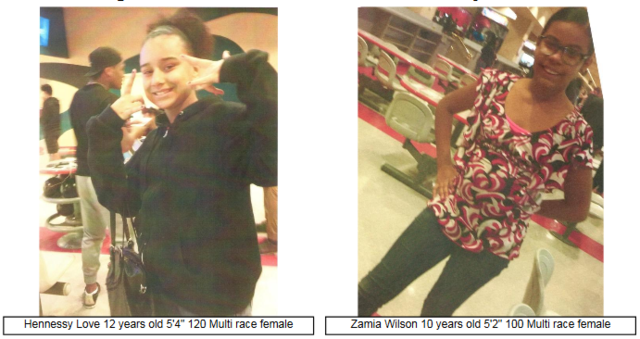 Nevada Highway Patrol says the man driving the semi truck that crashed earlier today was possibly drunk. He has been taken to the Las Vegas City Jail. The interstate is expected to be closed for several more hours.

A crash at approximately 6:30 a.m. involving a semi truck near on I-15 northbound near Charleston Boulevard is causing significant delays. Traffic is currently being diverted at Sahara Avenue. Approximately 100 gallons of diesel fuel has been spilled. Cleanup is expected to take several hours.

Looks like fuel is on the road after this crash, shutting down northbound 15 at Charleston. pic.twitter.com/XpdPTJ2Pwr

A serious crash has been reported near Charleston Boulevard and Durango Drive. Eastbound Charleston is currently blocked. More than one vehicle appears to have been involved.

Las Vegas police are on the scene of a serious crash near Fort Apache and Desert Inn roads. There are road closures in effect. The crash is potentially fatal.

#TRAFFIC #ALERT: Ft. Apache is blocked in both directions at Lake South Dr. @LVMPD on the scene investigating. pic.twitter.com/2y3XBvpBa8

More detectives arriving on the scene of a serious crash on Ft. Apache, just north of Desert Inn. pic.twitter.com/FSNFsiiqy0