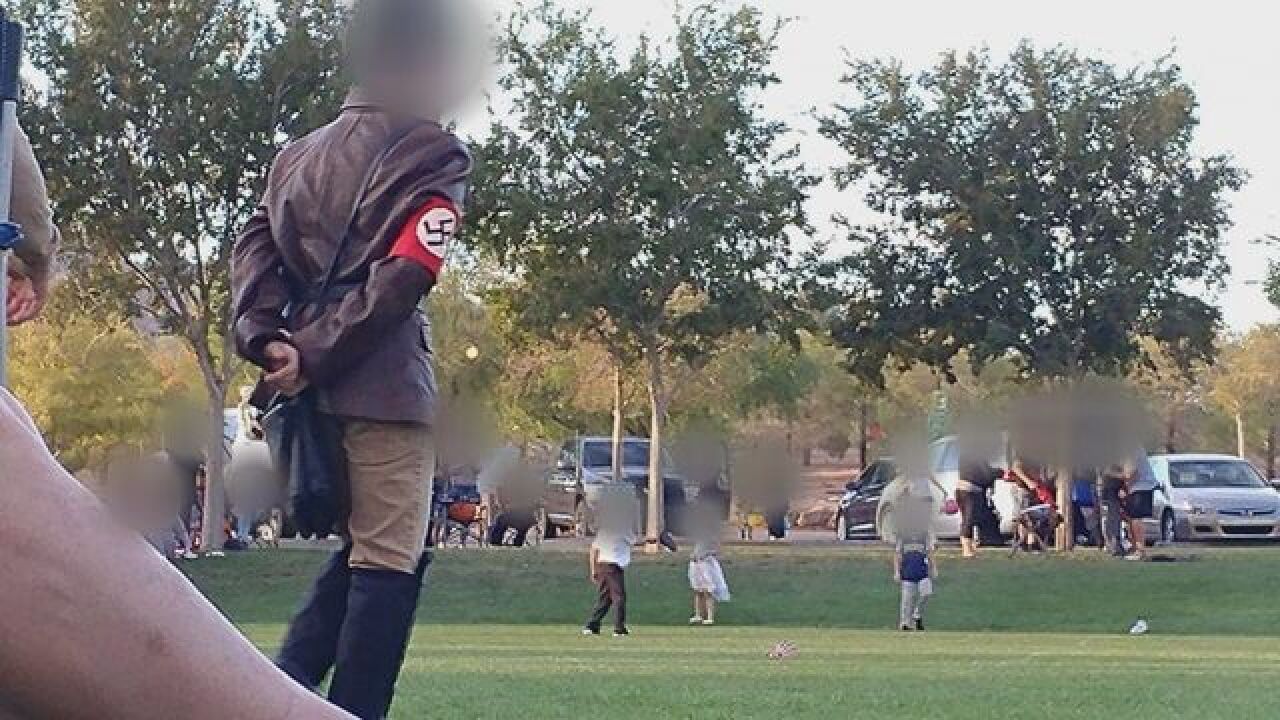 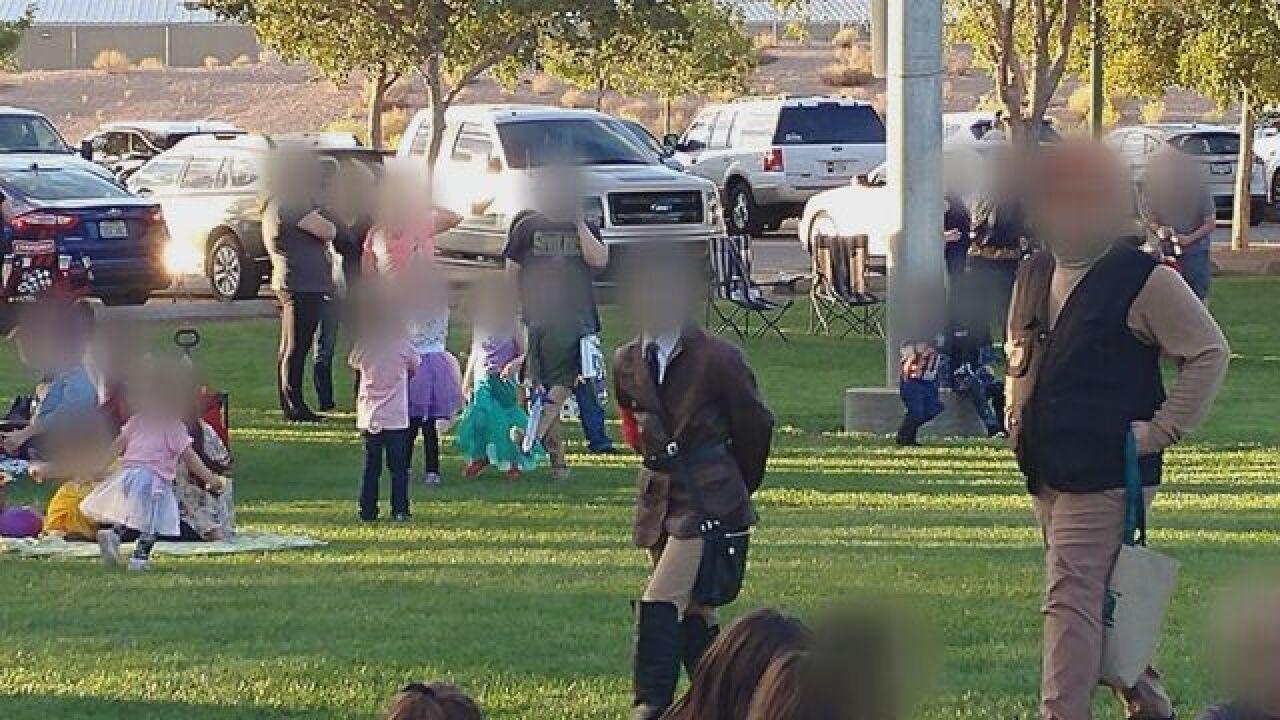 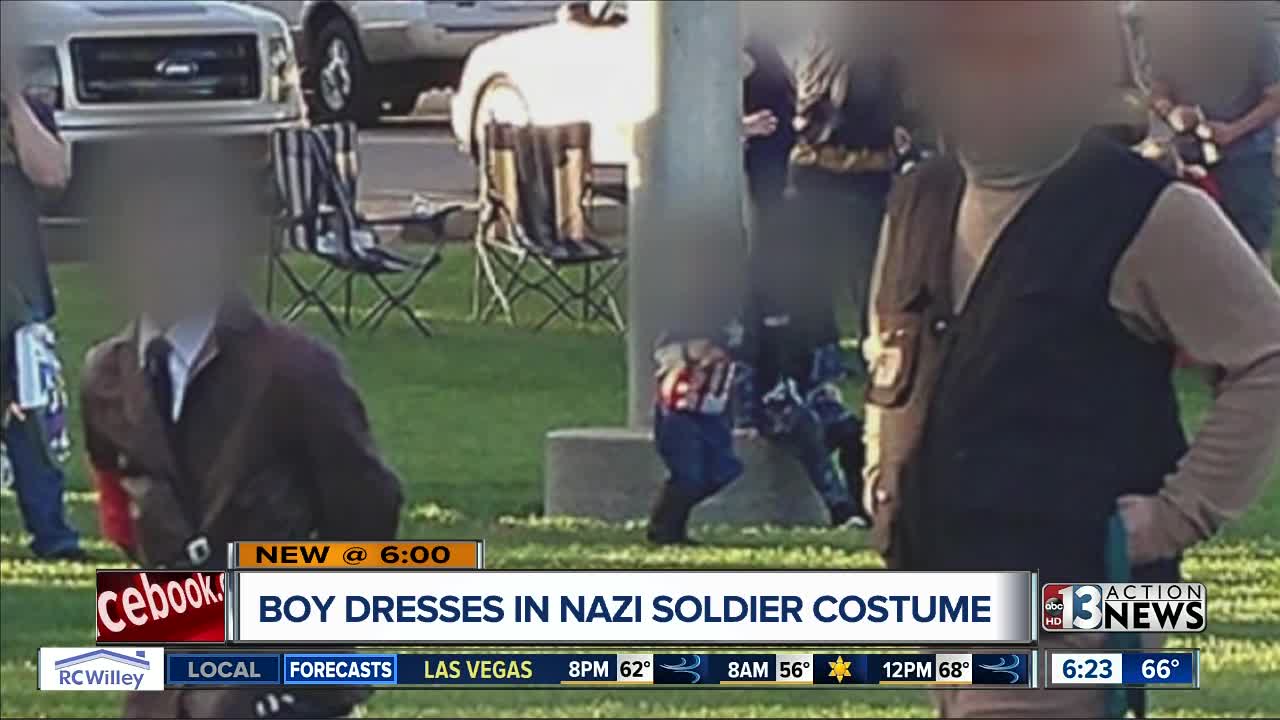 Photos circulating on social media show what appears to be a person dressed like Adolf Hitler at a Halloween event in Boulder City.

The pictures were snapped during a trunk-or-treat Halloween event at Veterans Memorial Park on Friday.

Folks noticed someone dressed up as Hitler, including a swastika on his sleeve.

The photos quickly spread over the weekend across many Boulder City and Las Vegas Facebook pages.

13 Action News spoke with the 12-year-old boy’s father and he says his son was studying World War II and the evil dictator at school.

He says his son just wanted to wear the costume. The father added his son is just a child and didn’t mean to offend anyone, and says this whole thing is blown out of proportion.

We got mixed reaction on our KTNV Facebook page, receiving more than 3,000 comments.

"This is horrible and completely inappropriate,” says one viewer.

“No different than dressing up as any other killer, it’s Halloween. You’re supposed to be something you’re not,” says another.

13 Action News also spoke with the local chapter of the Anti-Defamation League, who says the costume promotes hate and indifference.

“Even though nothing illegal happened, it was very offensive and can't be allowed to be the norm,” said Jolie Brislin, Anti-Defamation League.