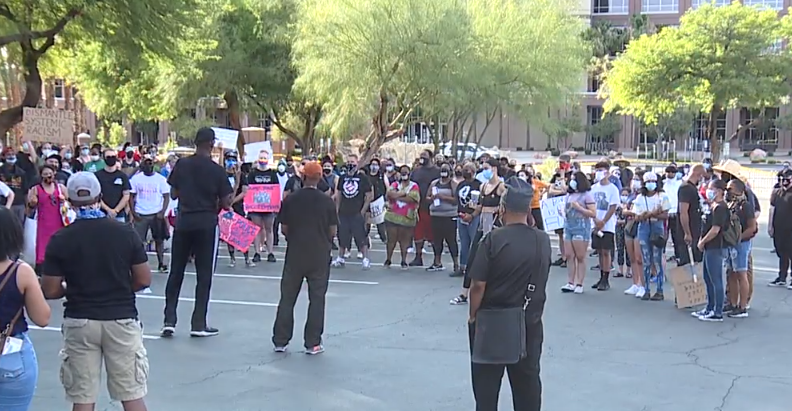 Minister "stretch" Sanders, a high profile speaker in the community, organized the group.

He called on people to use the power of economics and to invest in Black-owned businesses.

Black Lives Matter group holds peaceful protest, vigil in Las Vegas
Also, some who attended the rally said they support the recent changes seen from statues being torn down to brands rethinking their images for racial insensitivity.