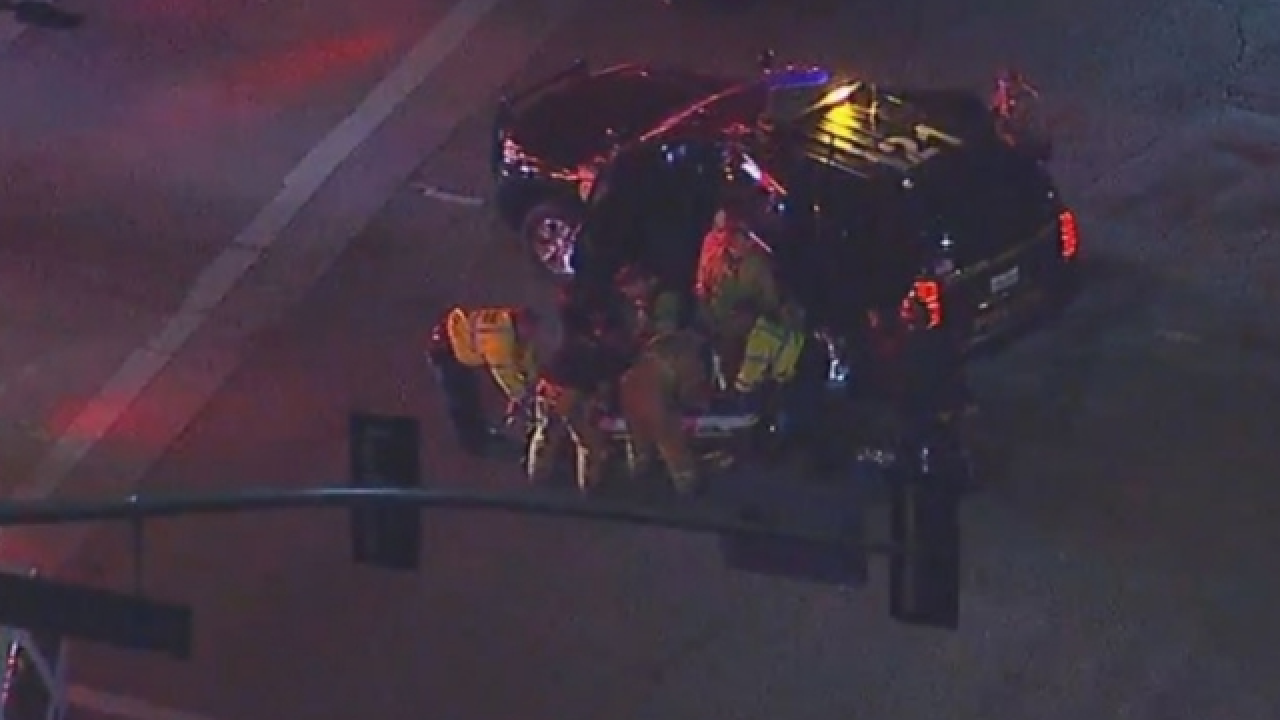 Copyright 2018 Scripps Media, Inc. All rights reserved. This material may not be published, broadcast, rewritten, or redistributed.
KABC-TV

A sheriff says 13 people are dead, including a sheriff's sergeant and the gunman, after a shooting inside a crowded Southern California bar late Wednesday.

Ventura County Sheriff Geoff Dean says sheriff's Sgt. Ron Helus responded to the scene and was shot after he entered the building. He died at a hospital early Thursday.

Authorities have identified the suspect in a mass shooting at a Southern California bar as 28-year-old Ian David Long, who is believed to have killed himself late Wednesday.

Dean says around 10 other people were shot and wounded. No other information on the victims was immediately known.

Ventura County Sheriff's Office Capt. Garo Kuredjian said the first reports of shots fired came around 11:20 p.m. at the Borderline Bar & Grill in Thousand Oaks, which is about 40 miles west of Los Angeles.

The bar's website says its hosts "College Country Night" every Wednesday. Police said hundreds were inside when the shooting occurred.