Oregon publishes list of 1,700 police officers who have been banned from working in the state 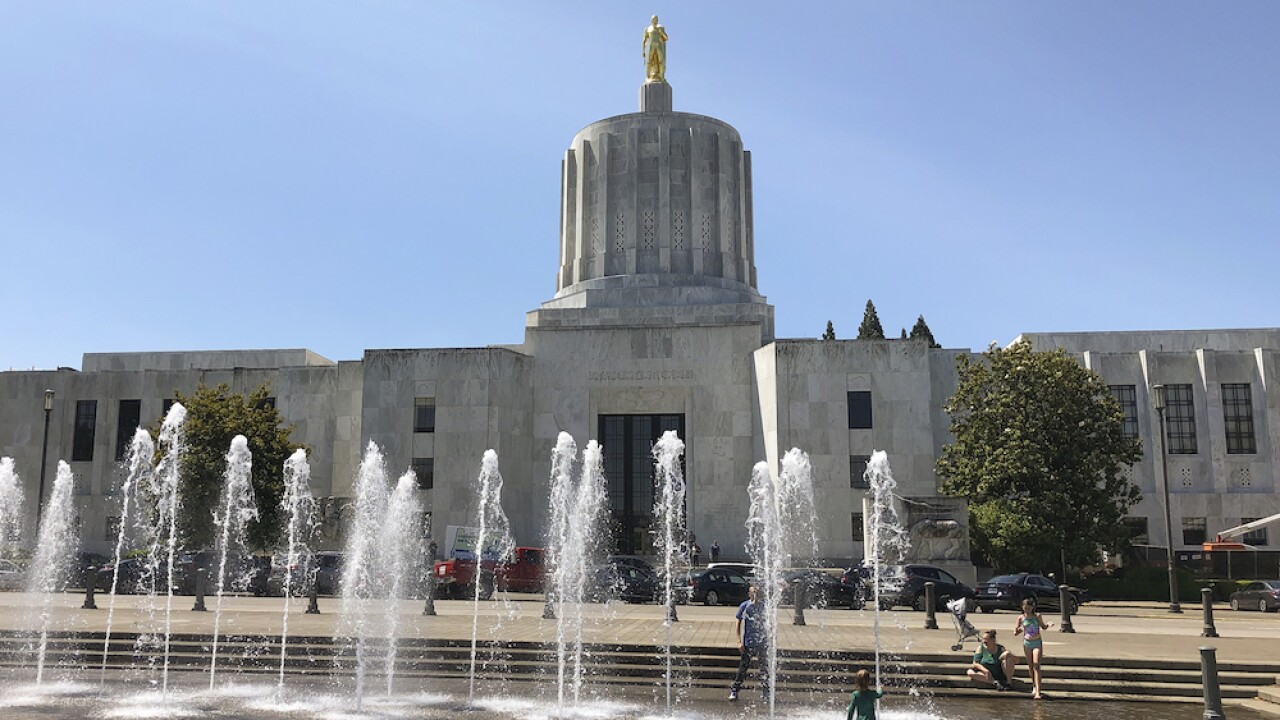 Copyright 2019 The Associated Press. All rights reserved
Andrew Selsky/AP
Children play in fountains at the Oregon State Capitol while inside the Senate meets after a boycott by Republican lawmakers over a climate-change bill ended, in Salem, Ore., Saturday, June 29, 2019. Nine of the 12 minority Republicans returned after Senate President Peter Courtney said the majority Democrats lacked the votes to pass the legislation aimed at countering climate change. ( AP Photo/Andrew Selsky)

SALEM, Ore. — As protesters around the country call for police reform following the death of Geroge Floyd, Oregon has released a list of more than 1,000 police officers who have been banned from working in law enforcement in the state.

The document, created by Oregon's Department of Public Safety Standards and Training, lists over 1,700 people whose transgressions over the past 50 years were so serious that they were banned from working in law enforcement in the state.

The list was published last week after the state Legislature passed a law requiring the Department of Public Safety Standards and Training to create such a database.

According to The Associated Press, at least one officer was hired in another state after he was decertified in Oregon. According to the AP, former Coquille, Oregon, police officer Sean Sullivan was banned from policing in Oregon following a 2005 conviction for kissing a 10-year-old girl. He briefly took a job as a police chief in a Kansas town before he resigned amid an investigation.

Civil rights groups believe more states need to publish such databases to prevent police officers from being hired elsewhere following decertification. Other states are moving in the same direction, but the United States lacks an official national database.

A non-profit created one and said more work is needed.