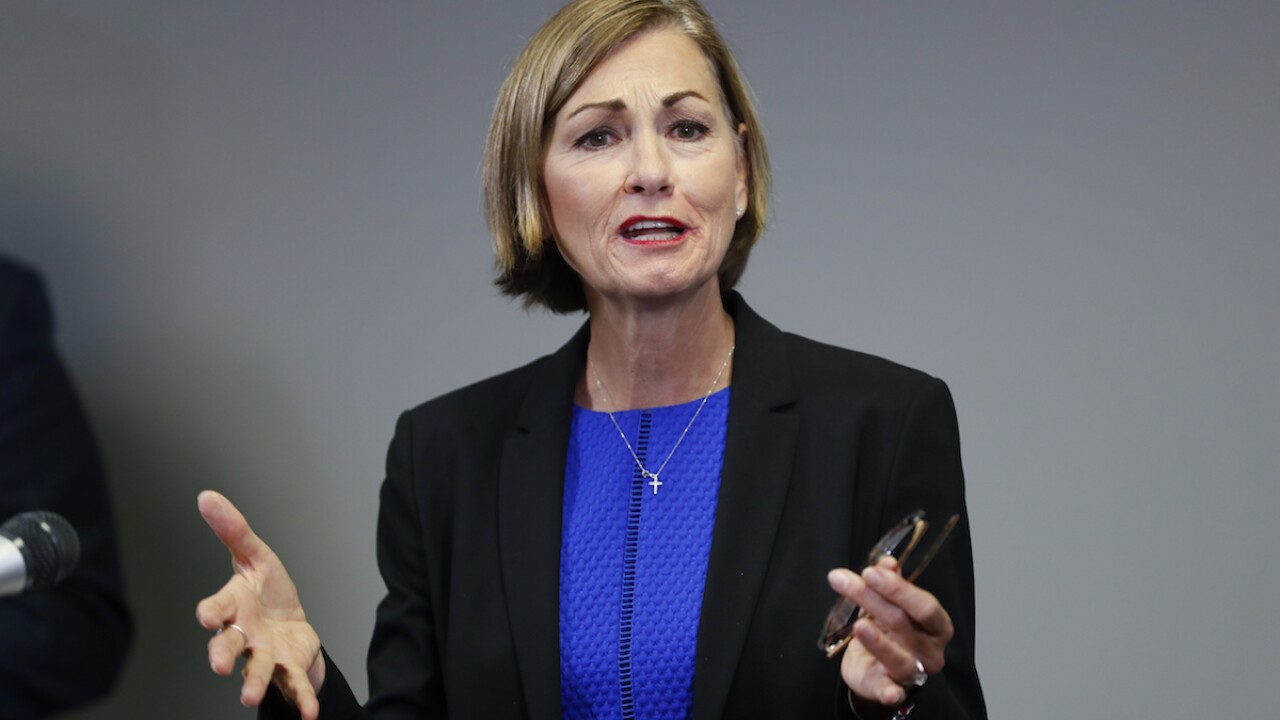 In a press conference on Tuesday, Iowa Governor Kim Reynolds said the driver who hit the Black Lives Matter protester while driving her away from an event "acted appropriately."

At the 23-minute mark in the video, Reynolds addressed the incident of the protester stepping out in front of the vehicle she was a passenger in.

"I feel like the driver acted appropriately," Reynolds said addressing the media. "As we were leaving the vicinity, the individual sped up and stepped in front of the vehicle intentionally and you cannot block traffic as we were leaving the event. So he acted inappropriately and I believe that was the statement that was released from the Department of Public Safety."

The Des Moines Register identified the protester as Jaylen Cavil, who was not injured in the incident.