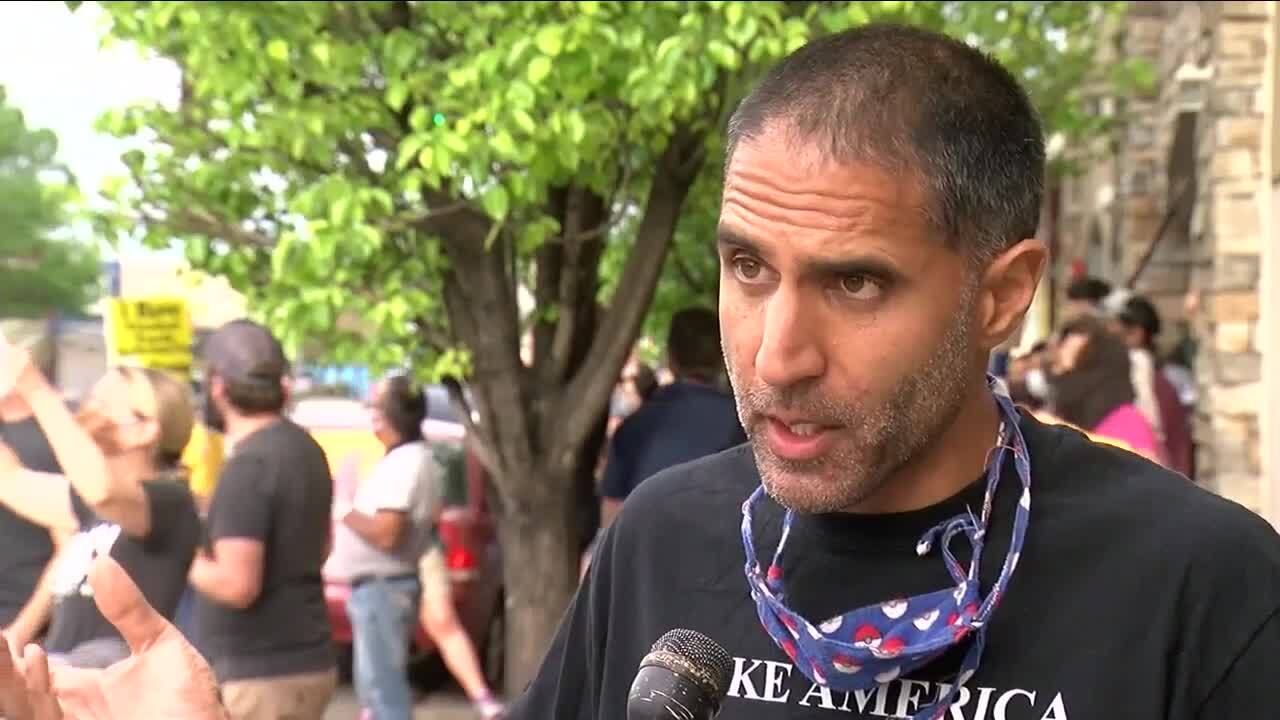 AURORA, Colo. — An Aurora police officer has been suspended for one week following a well-publicized incident in which the white officer pulled a gun on an Indian American doctor who was trying to park at a refugee center the doctor operates.

The Sentinel reports that Officer Justin Henderson with the Aurora Police Department was suspended for 40 hours without pay and ordered to attend de-escalation training for his March 1 confrontation with Dr. P.J. Parmar.

Parmar, who is Indian American, says he's disappointed with the punishment and that he believes his race affected how Henderson treated him.

His attorney has said he plans to file a federal lawsuit against the city.

In a June interview, Parmar told Scripps station KMGH in Denver that he wants to see reforms made in the Aurora Police Department.

He said on March 1 that he was moving Boy Scout gear from the Mango House — a shared space for refugees and asylees — to another property, when he noticed a police car parked in his ground-level garage, partially blocking the exit. Pamar said he honked his car.

Pamar then claims the officer jumped out of the vehicle, swore at him and pulled out a gun as he ran toward the car.

Pamar then started recording the interaction on his phone. It shows Pamar asking Henderson to leave his property.

"No, I'm going to figure out whose property this is first," Henderson said.

At one point, Parmar said Henderson pointed a gun at his face.

"The gun pointed at me — it was scary, but it's not what hurt the most," Parmar said in June. "What hurt the most was him questioning whether or not I owned that property."

Parmar said what happened to him speaks to generations of trauma that people of color have faced in the U.S.

See KMGH's report on the incident from June below.

This story was originally published by The Associated Press and Stephanie Butzer on KMGH in Denver.