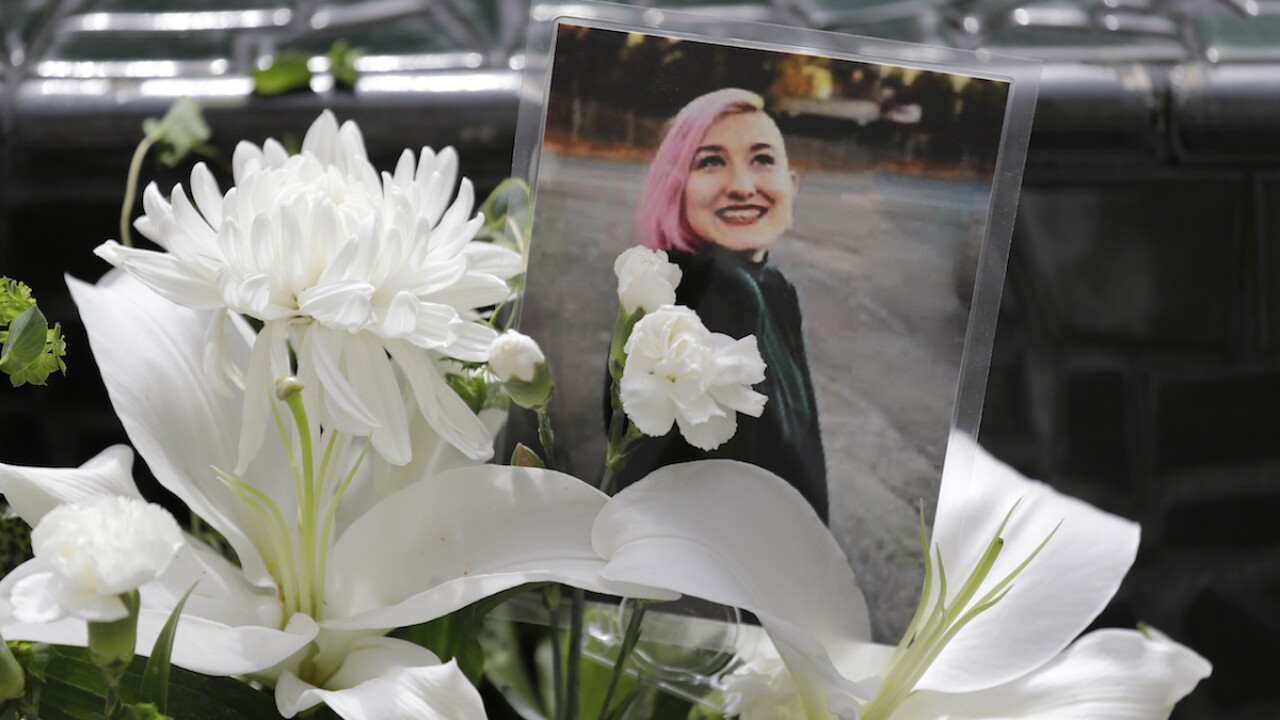 Copyright 2020 The Associated Press. All rights reserved
Elaine Thompson/AP
A photo of Summer Taylor, who suffered critical injuries and died after being hit by a car while protesting over the weekend, sits among flowers at the King County Correctional Facility where a hearing was held for the suspect in their death Monday, July 6, 2020, in Seattle. Dawit Kelete is accused of driving a car on to a closed Seattle freeway and hitting two protesters, killing one, over the weekend. Seattle has been the site of prolonged unrest over the death of George Floyd, a Black man who was in police custody in Minneapolis, and had shut down the interstate for 19 days in a row. (AP Photo/Elaine Thompson)

SEATTLE (AP) — Prosecutors plan to decide on charges against the man who hit two protesters with his car while driving on a Seattle freeway that was closed for Black Lives Matter demonstrations.

The King County prosecutor's office said it was reviewing investigation documents and would decide on charges by Wednesday afternoon.

The driver is being held on a $1.2 million bail.