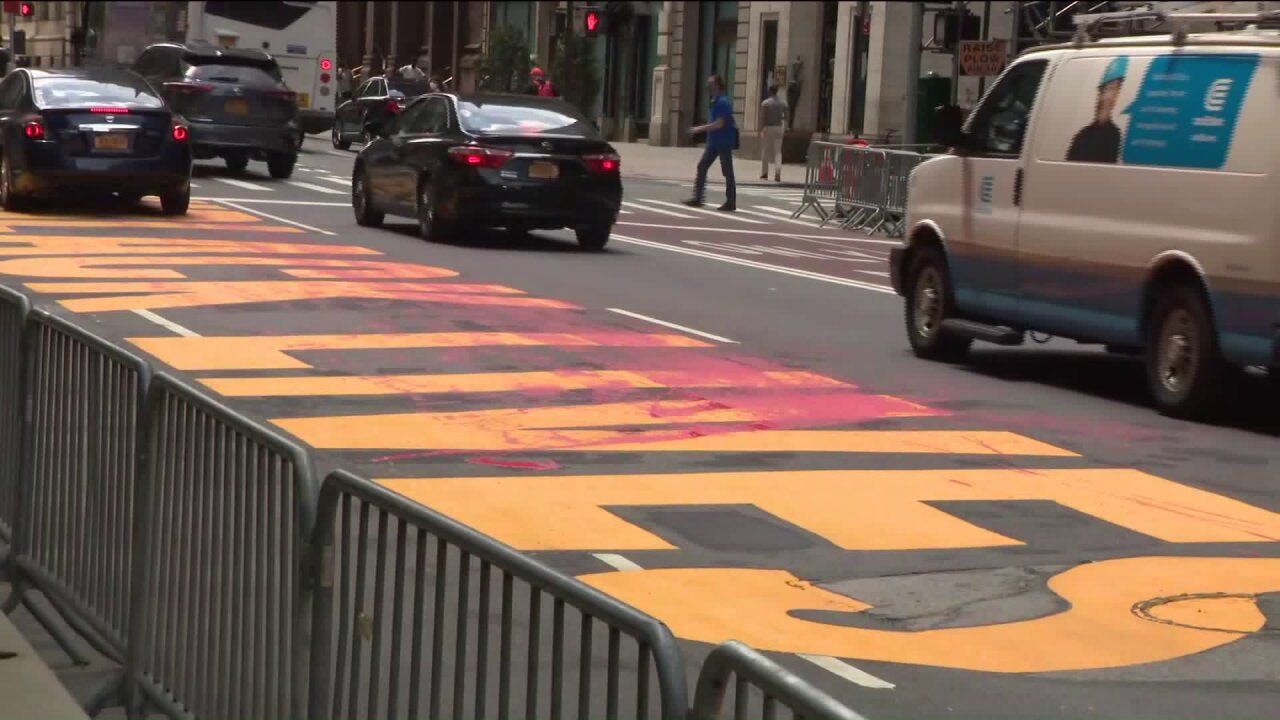 The "Black Lives Matter" mural outside of Trump Tower on Fifth Avenue in Manhattan was vandalized on Monday, July 13, 2020.

NEW YORK CITY — The "Black Lives Matter" mural that had been painted in front of Trump Tower in Manhattan was vandalized on Monday.

Police said that about 12:30 p.m. on Monday, a man dumped red paint on the large yellow mural and fled west on 56th Street. Police described the suspect as a white man wearing a black hat and a black T-shirt.

"To whoever vandalized our mural on 5th Avenue: nice try," he tweeted. "The #BlackLivesMatter movement is more than words, and it can't be undone."

To whoever vandalized our mural on 5th Avenue: nice try. @NYC_DOT has already fixed it.

The #BlackLivesMatter movement is more than words, and it can’t be undone. pic.twitter.com/nlYTALCWxJ

De Blasio was on hand Thursday to help complete the mural.

"Painting 'Black Lives Matter' outside his home is a message to him that in fact Black lives do matter, that Black people built New York City and they've never been compensated for all they did," the mayor had said.

Dozens of cities across the country have painted similar murals, following in the footsteps of Washington, D.C, which was the first city to complete such a mural.

Trump has slammed the mural, calling it a "symbol of hate" in a series of tweets earlier in July.

Trump claimed the mural would be "denigrating this luxury Avenue" and "will further antagonize New York's Finest."

This story was originally published by Lauren Cook, Mark Sundstrom, Anthony DiLorenzo and Andrew Ramos on WPIX in New York.