An accused drunk driver in custody after causing a mess near Sahara and Nellis. Police say, a white truck crashed into a car sending it into a home! The truck flipped over and created another hole in the property. The homeowner there says she moved in just six weeks ago and was sleeping when the crash happened. 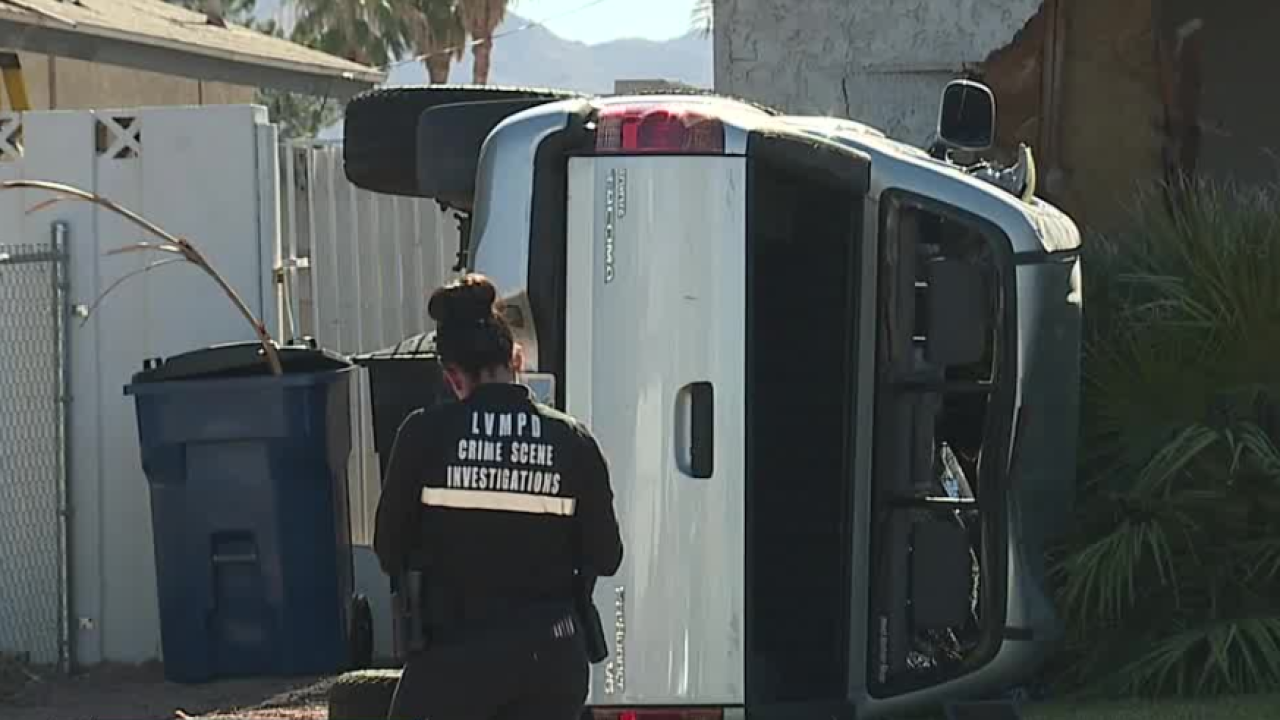 Victoria Bradges told 13 Action news that she woke up to a loud rumble.

"I was scared. I didn't understand what happened. I thought I was still in my dreams, still sleeping," Bradges says.

Police say the driver is suspected of driving drunk and was taken into custody for driving under the influence.

Bradges says the white truck first crashed into her husband’s car sending it into their home.

"It was noisy and there was a shake," Bradges says.

Then, the truck flipped over and created another hole in the property near the front door.

There were no injuries.