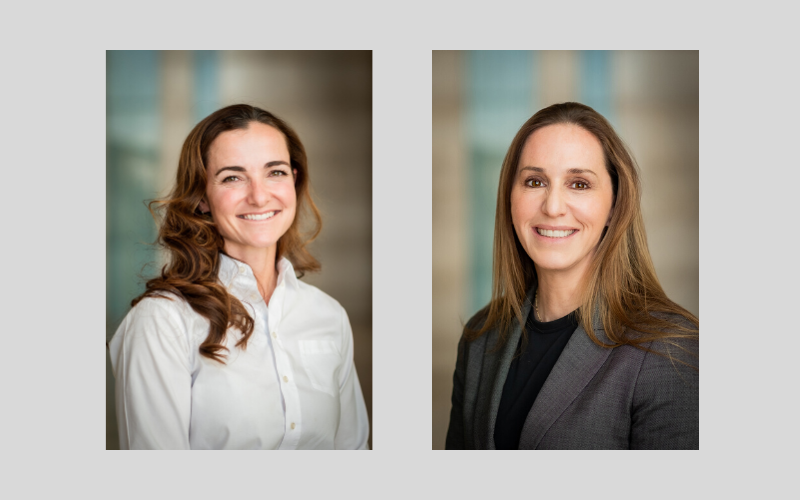 For the first time in the city’s history, two women will become deputy fire chiefs with Las Vegas Fire and Rescue, the department announced on Wednesday. 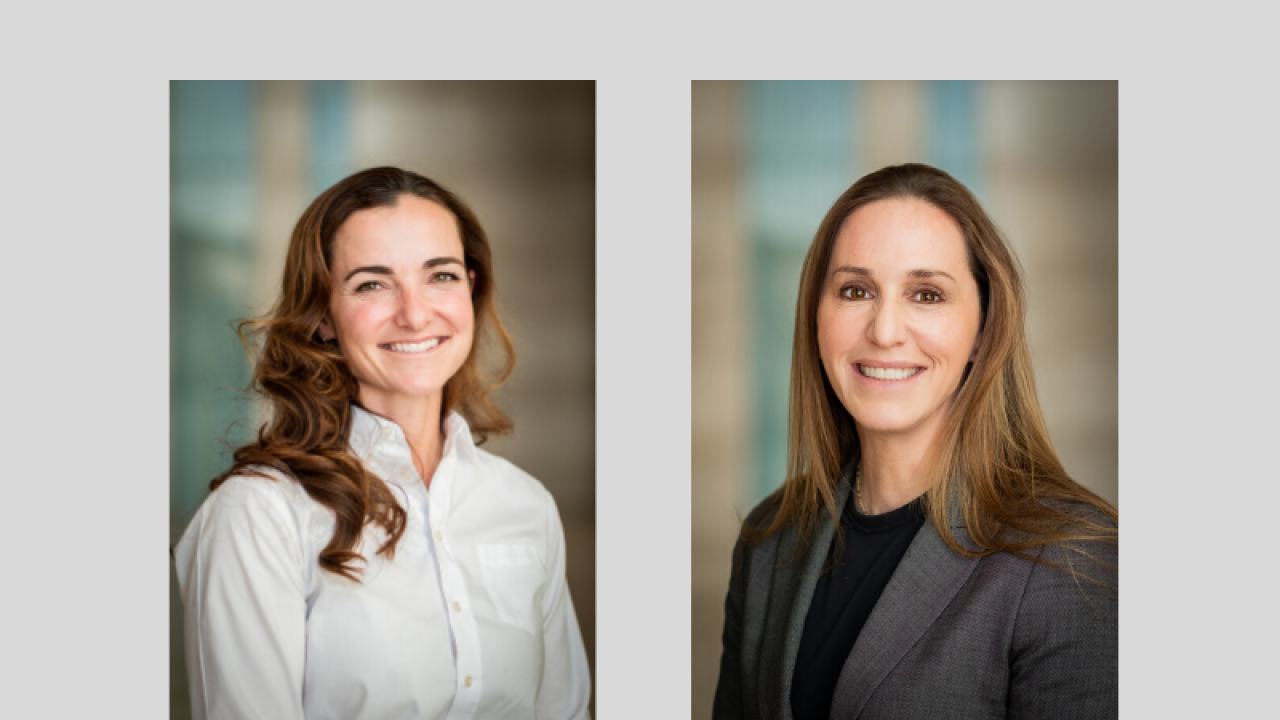 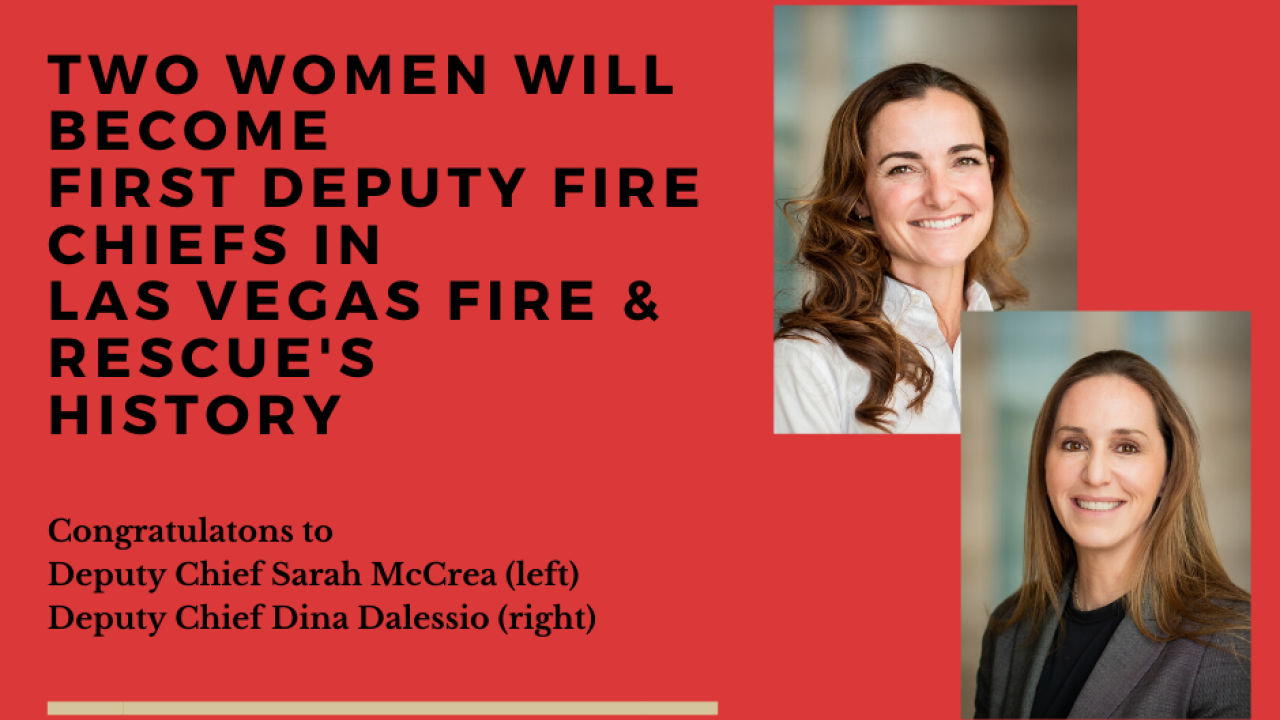 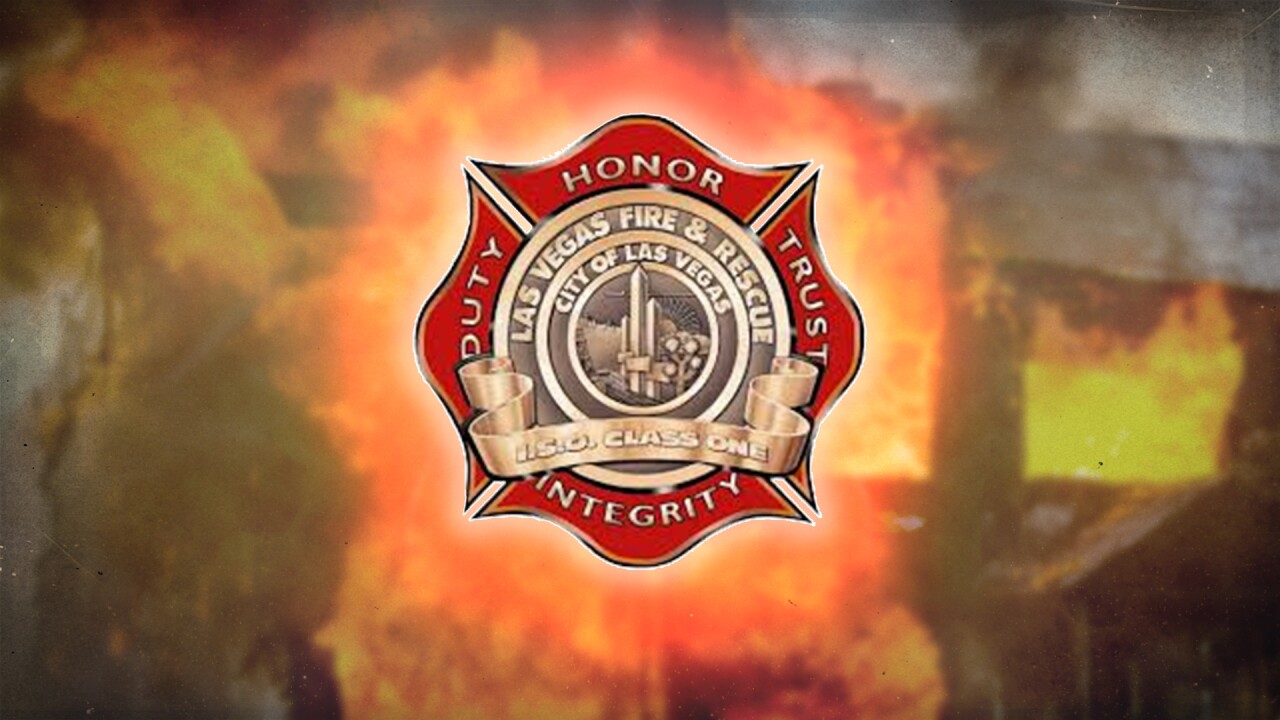 LAS VEGAS (KTNV) — For the first time in the city’s history, two women will become deputy fire chiefs with Las Vegas Fire and Rescue, the department announced on Wednesday.

The department will also see a new senior deputy fire chief with the addition of Jeff Buchanan.

The changes in the department follow the retirement of Senior Deputy Chief Eddie Vigil and the pending retirement of Assistant Fire Chief John Hurley.

Buchanan currently serves as the deputy fire chief in Clark County, where he has been since August 2014. Previously, Buchanan served more than 10 years in the city of North Las Vegas where he assumed the positions of interim city manager and fire chief, assistant fire chief, fire captain, tactical medic and firefighter paramedic. Buchanan is currently pursuing his doctorate in Public Policy at the University of Nevada, Las Vegas (UNLV). He also holds a master’s degree in Public Administration from UNLV and a Master’s degree in Business Administration from Touro University International. He received his Bachelor of Science degree from Michigan State University. He also is an adjunct professor at the College of Southern Nevada (CSN) and UNLV, and serves as an instructor at the National Fire Academy in Emmitsburg, Maryland.

Sarah McCrea and Dina Dalessio are being promoted to deputy fire chiefs, the first women to hold this rank in the city’s history.

They will join a team of two current deputy chiefs, Robert Nolan and David Slattery.

Dalessio has been with the city of Las Vegas since 1999. She currently serves as a battalion chief. In her tenure with the city’s fire department, she also has held the positions of fire captain, acting emergency medical services (EMS) field coordinator and firefighter/paramedic. Dalessio has a Master of Science degree in Emergency and Disaster Management from Georgetown University. She received a Bachelor of Arts degree in Public Administration from UNLV, and associate degrees in Fire Science Management and Paramedicine from CSN. She also is a faculty instructor at CSN. She served as the Nevada Task Force 1 National FEMA team leader coordinating the response on five deployments, including those for hurricanes Erma, Harvey and Florence.

McCrea started with Las Vegas Fire and Rescue as a firefighter in 1998 and went on to serve in the positions of firefighter paramedic, fire engineer, EMS quality improvement coordinator, administrative officer and currently assistant fire chief. She was also a member of Las Vegas Fire and Rescue’s Technical Rescue Team. As the assistant fire chief, she oversees the communications, fire training and medical services divisions. McCrea is also the founder and program manager for the department’s nurse call line. The nurse call line is a service offered in the Combined Communications Center and is staffed with registered nurses to provide triage and treatment in an effort to reduce unnecessary 9-1-1 calls. McCrea received her executive master’s degree in Business Administration from the University of Nevada, Reno and her Bachelor of Science degree in Nursing from Nevada State College.

McCrea and Dalessio will start in their new roles Feb. 10. Buchanan will start at the end of February 2020.