The Nevada Highway Patrol says two people have died in a deadly crash at I-11 and US-95 with multiple people transported from the scene. 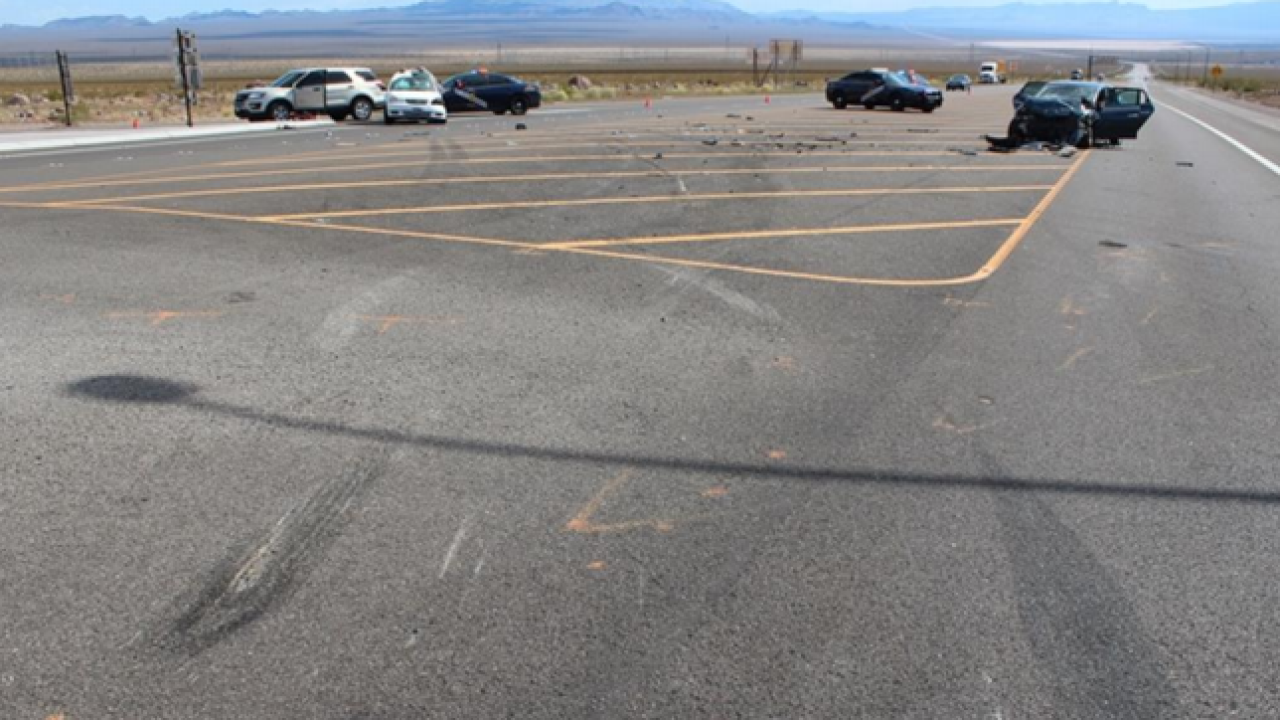 UPDATE SEPT. 5: The NHP said a Toyota Corolla failed to stop for a posted stop sign and entered the highway causing a collision with a Nissan Sentra.

The driver and the passenger of the Corolla died as a result of the crash. Five occupants of the Sentra were transported to the hospital with non-life threatening injuries, according to troopers.

Impairment did not appear to be a factor, but troopers continue their investigation.

ORIGINAL STORY
LAS VEGAS (KTNV) -- Two people are dead after a crash on the I-11 and US-95, according to Nevada Highway Patrol.

NHP also says seven people were transported from the scene with injuries from serious to critical.

#update US95 NB at I-11 closed, traffic being diverted onto I-11 SB. NB I-11 is open. Total of 7 people transported, 1 deceased, injuries listed as serious to critical. #drivesafenv #buckleup #nhpsocomm pic.twitter.com/OMlblCTlno