2 die after falling from overlook in Yosemite National Park 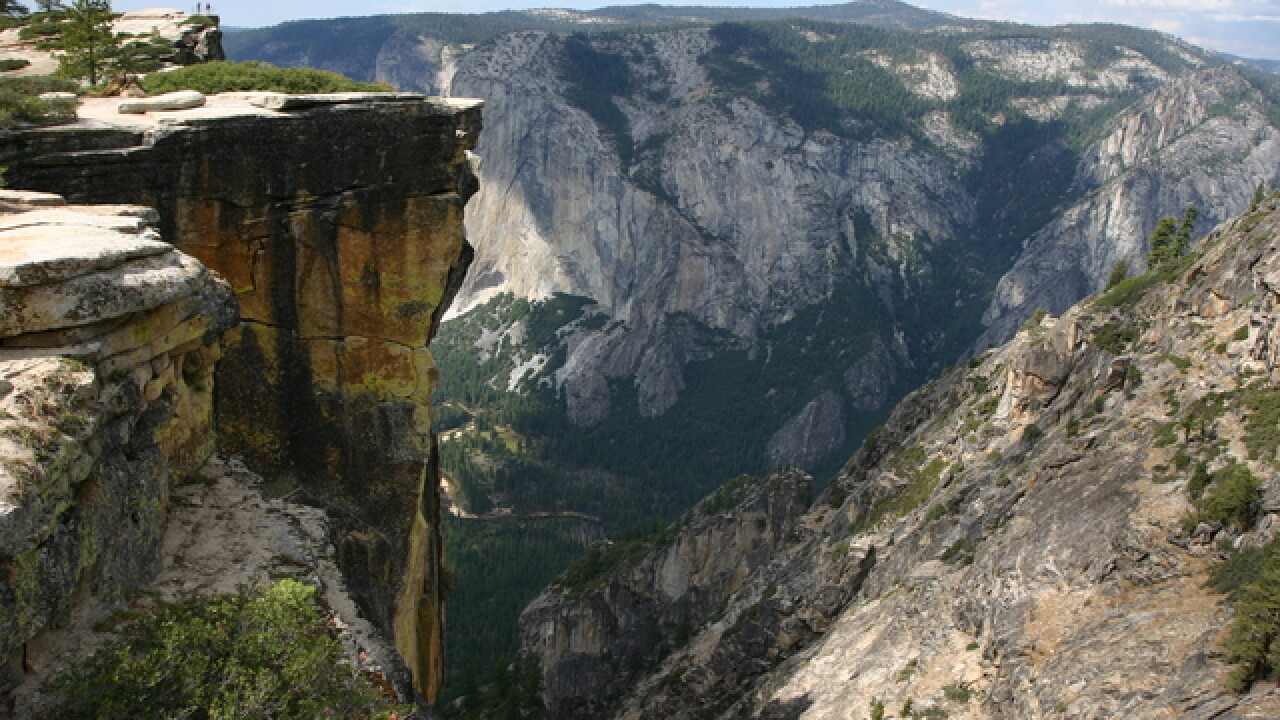 A Yosemite National Park official says two visitors have died in a fall from a popular overlook.

Park spokesman Scott Gediman says park rangers are trying to recover the bodies of a man and a woman Thursday. He didn't say when the couple fell from Taft Point, which is at an elevation of 7,500 feet.

Gediman says the deaths are being investigated and offered no other information.

Last month, an Israeli teenager visiting the park fell hundreds of feet to his death while hiking near the top of 600-foot-tall Nevada Fall. The Mariposa County coroner's office said 18-year-old Tomer Frankfurter's death was considered an accident.