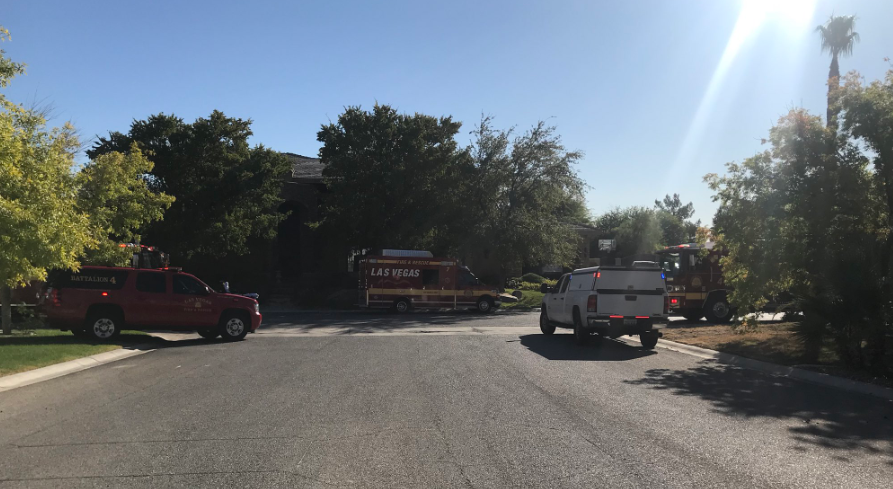 A 6-year-old's death has been declared a murder. 6-year-old Gavin Palmer and his mother, Renai, died after they were pulled from a house fire near Oakey Boulevard and Cimarron Road.

Gavin Palmer, 6, Renai Palmer's son, had the same cause of death, according to the coroner, but his death was ruled a homicide.

UPDATE OCT. 23: The death of Renai Palmer and her son, Gavin Palmer, is being investigated as a murder-suicide, according to the homicide log for the Las Vegas Metropolitan Police Department.

The cause of death is listed as thermal burns.

The Clark County coroner has not released the official cause of death and Las Vegas police have not provided any other information at this time.

UPDATE OCT. 11: A candlelight memorial took place Friday night for the little boy and his mother killed in a fire earlier this week.

The boy's father, Sean Murray, spoke to 13 Action News about his little boy, calling him "perfect."

We also spoke to the child's grandfather.

At this time, it is still unknown what started the fire.

UPDATE OCT. 10: The Clark County Coroner's office identified the mother and child who were killed in a house fire earlier this week as 47-year-old Renai Palmer and 6-year-old Gavin Palmer. Both victims were from Las Vegas.

The cause of their death remains pending, according to the coroner.

UPDATE 1:15 P.M. : Las Vegas Fire & Rescue report the woman and 6-year-old boy who were in the house this morning when it caught fire have died.

An uncle was treated for smoke inhalation and released. Damage is estimated at $25,000 with the cause remaining under investigation.

The Clark County Coroner's office will identify the mother and child after family has been notified.

ORIGINAL STORY
LAS VEGAS (KTNV) -- Las Vegas Fire and Rescue reports three people were transported to a hospital Tuesday morning after a a blaze broke out at a house in the west part of town.

Firefighters responded to reports of a house fire just after 8:15 a.m. at 1930 Fox Canyon Circle, near Oakey Boulevard and Cimarron Road, with light smoke showing from a large two-story residence.

Fire crews found victims inside the house, according to officials, and two additional emergency medical service units were then requested to the scene.

The flames was extinguished in about an hour with no extension to the attic of the home.

One adult and child were transported to the hospital in critical condition, according to the fire department, with a second adult suffering serious injuries.

The fire was contained to a bedroom but the cause of the blaze remains under investigation.

UPDATE: Because of the seriousness of injuries,full scale investigation will take place. @LVMPD & @CCCoroner responding to work with @LasVegasFD Fire Investigators at scene. This is ROUTINE on a very critical Fire. Will take several hours(like a critical MVA) #PIO1NEWS