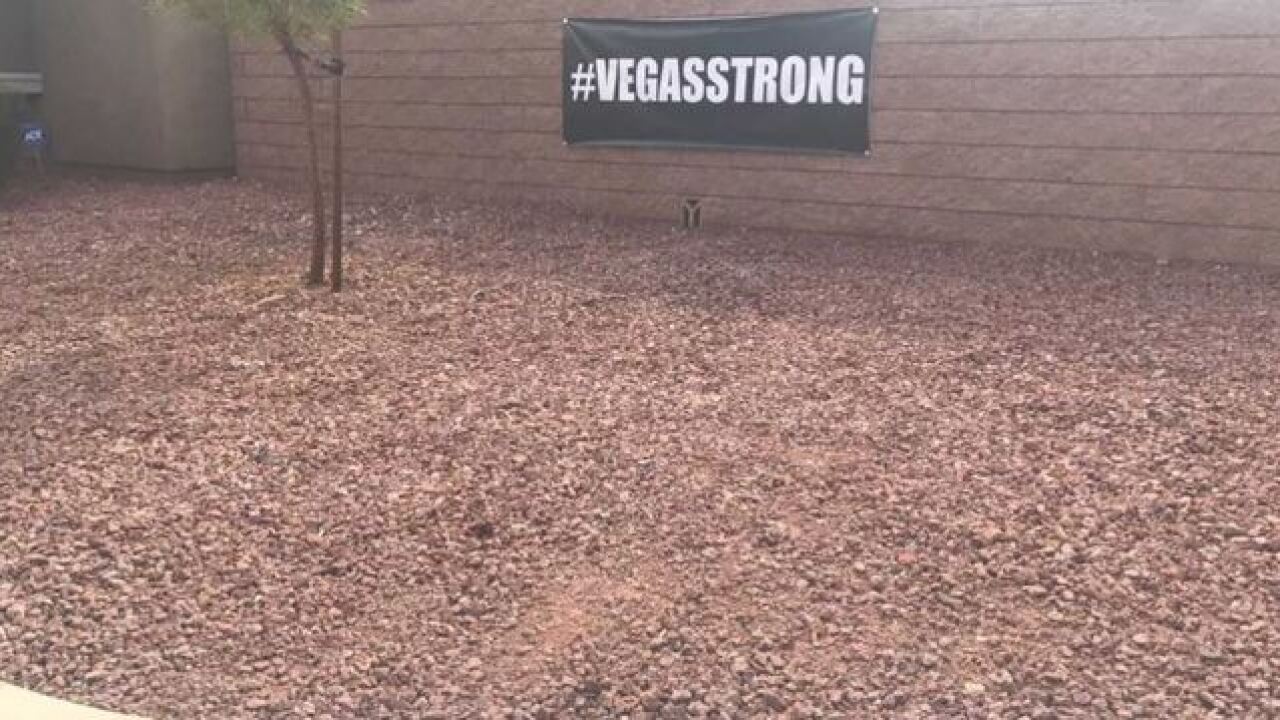 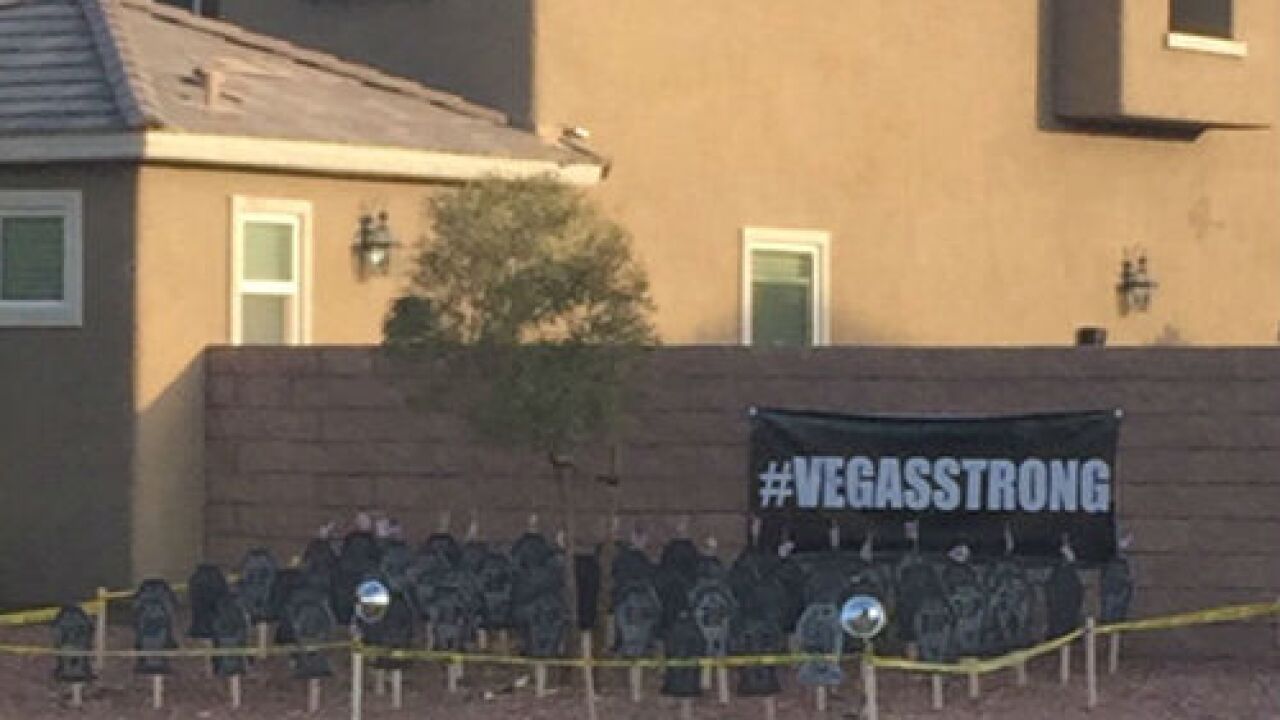 UPDATE: The homeowner who put up the display immediately took down tombstones after realizing some misunderstood his intent.

That according to an attorney he contacted after receiving calls and messages when the picture was shared on social media.

"He is devastated that anyone took his tribute to be anything but positive and reverent to the victims," Stephen Stubbs said. "The message was supposed to be rest in peace. Vegas Strong."

ORIGINAL STORY: An unusual #VegasStrong display in the Aliante neighborhood in North Las Vegas has caused quite a stir on social media.

The display included what appears to be a tombstone for each person that was killed in the mass shooting on Oct. 1 at the Route 91 Harvest Festival on the Las Vegas Strip.

A black banner with #VEGASSTRONG was displayed on the wall behind the fake tombstones.

A photo of the display was posted on Facebook on Tuesday night and the comments began pouring in.

Although some were outraged, most seem to believe that it was misguided attempt to honor the victims. Neighbors of the man who erected the display described him as a "good guy" who stands up for the community and say that they believe that he was just trying to show his support.

"He was just honoring them," said Samantha Smith. "I know this guy, he's a really good guy he stands up for the community."

A neighbor also told 13 Action News that the man has received death threats because of the display.

The tombstones have been removed but the #VEGASSTRONG banner remains on the wall.

Tell us what you think about the display in the comment section for this story on Facebook.