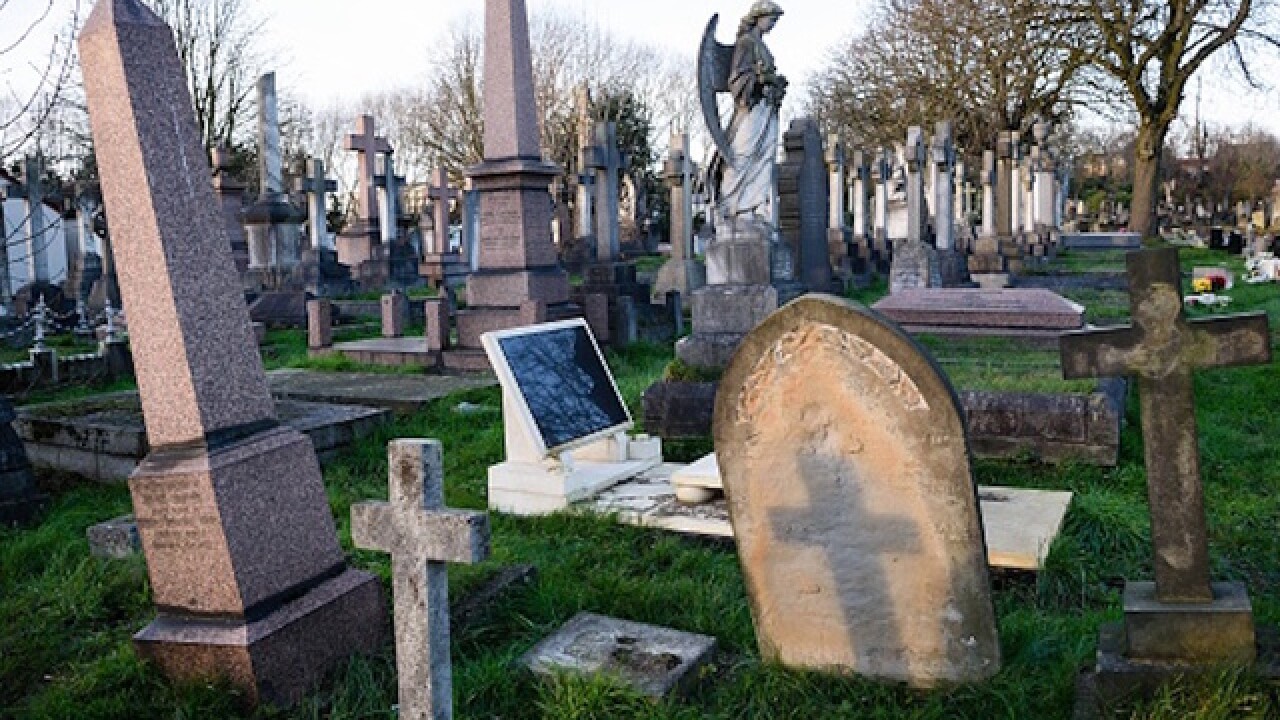 LEON NEAL
<p>TO GO WITH AFP STORY BY EDOUARD GUIHAIRE An unmarked grave with a headstone that resembles a computer screen, nicknamed &quot;iGrave&quot; by the Cemetery Club, is seen in Kensal Green cemetery, north-west London, on December 9, 2015. </p>

An 8-year-old Arkansas boy was killed at a party at his church on Saturday after a century-old tombstone fell on the child, crushing him to death, KAIT-TV reported.

The boy, whose identity was not released due to his age, was attending a birthday party at a church as he was playing on a tombstone belonging to a person who died in 1906. KAIT-TV reported, citing the local's sheriff's office, that the tombstone became loose, toppling over and killing the boy.

Authorities do not believe foul play was involved in the boy's death.

"Just an 8-year-old rambunctious young man, just like many 8-year-old young men and full of life," Jeff Neely, the church's pastor, told KAIT. "There is definitely a lot of prayer being sent up on behalf of their family."

The incident took place in Lynn, Arkansas, which is a town of 282 residents located 130 miles northeast of Little Rock.