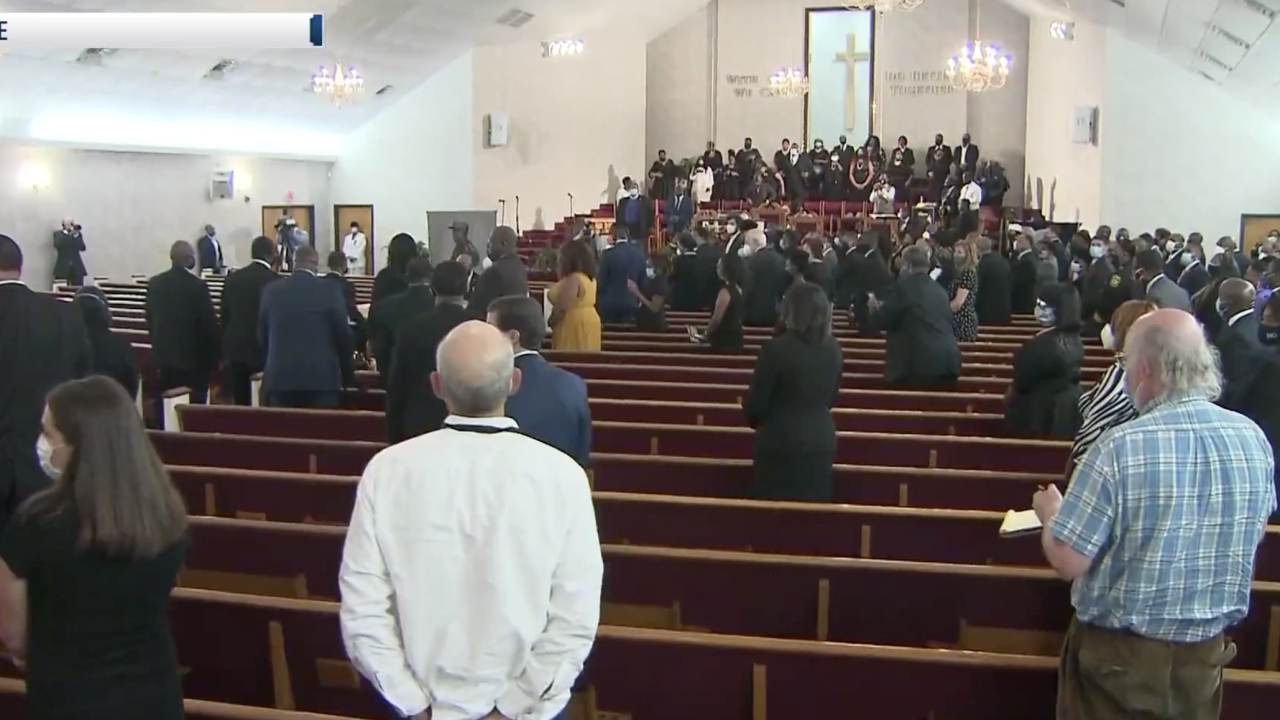 Hundreds of mourners paid respects to George Floyd in his North Carolina hometown while anti-police protests continue around the U.S.

Family members of Floyd gathered for the memorial service at a church about 22 miles from Floyd's hometown of Fayetteville.

What the memorial below:

Floyd was killed on Memorial Day while being detained by four officers with the Minneapolis Police Department. His death was captured on cell phone video, which subsequently went viral. The killing of Floyd sparked massive demonstrations in Minneapolis and across the U.S., with protesters seeking justice for Floyd and calling for changes in policing policies.

The nation’s capital prepares for what is expected to be the city’s largest demonstration against police brutality yet on Saturday. Military vehicles and officers in fatigues closed off much of downtown Washington to traffic ahead of the planned march. It was expected to attract up to 200,000 people outraged by Floyd’s death 12 days ago.

Large protests also took place across the U.S. and in major cities overseas, including London, Paris, Berlin and Sydney, Australia.