A valley woman stung by a scorpion says the real pain came when she got her E.R. bill for $18,000. she tells Contact 13’s Tricia Kean about the sting after the sting. Tricia Kean reporting. 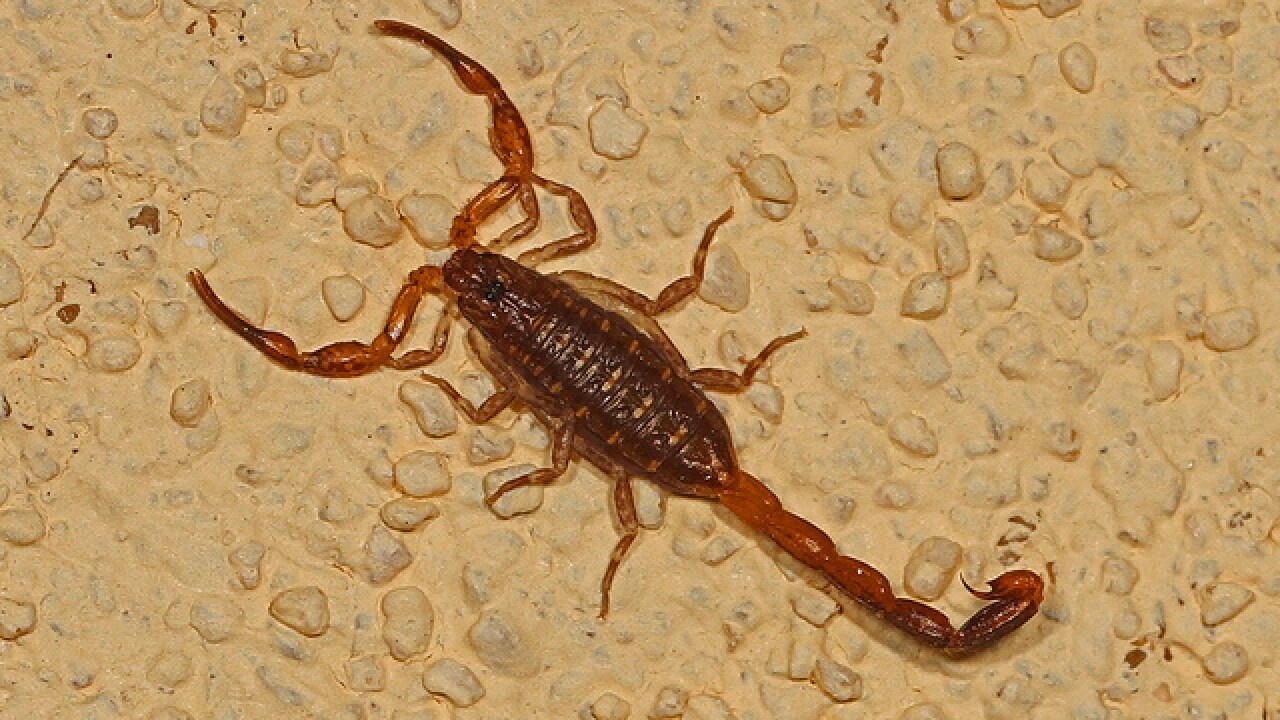 HENDERSON (KTNV) — A valley woman stung by a scorpion says the real pain came when she got her emergency room bill for $18,000. She tells Contact 13’s Tricia Kean about the sting after the sting.

"It hurts when you first get hit by it. It just really hurts," says Cheryl Barnson.

She had a really bad encounter with a scorpion. It happened right in her own living room, where she was barefoot. Cheryl says she put some ice on it, but it didn't help.

"I started to feel breathing problems. Then there's a funny thing. It makes your nose run. I could not stop the nasal drip," says Cheryl.

It got worse from there. Cheryl says her husband rushed her to Henderson Hospital when her lips went numb and she developed a weird taste in her mouth and throat.

"Another side effect is on the way to the hospital, your vision starts to go twitchy I guess you would call it. Your eyes feel like they're crossing and you can't focus," says Cheryl.

Doctors in the E.R. treated Cheryl with an antivenom called Anascorp. Cheryl says it was slow to take effect. Doctors were considering more antivenom, but decided to give the first round a little more time. Eventually she began feeling more like herself.

"When it started to kick in I could feel my eyes immediately settle down. I was losing the nasal congestion or dripping," says Cheryl.

Cheryl went home after three hours. Her next bad encounter came in the mail. Take a look at this E.R. bill for $18,246.

"I was shocked when I saw that," says Cheryl.

It could have been worse! Remember when we mentioned, doctors were considering more antivenom? Cheryl's bill shows a charge for a second vial that could have put the total at more than $36,000.

The second charge was removed, and thankfully Cheryl has good health coverage. Medicare covered most of the bill, leaving her responsible for just under a thousand dollars. But Cheryl is still puzzled.

"How can they do that?," says Cheryl.

"There are certain drugs, I don't know antivenom prices, that are incredibly expensive," says Dr. Michael Gardner, Vice Dean of Clinical Affairs and CEO of the UNLV School of Medicine.

He says drug prices can jump dramatically from the pharmaceutical company, to the middleman who sells them to hospitals or clinics.

"And those costs get passed down," says Dr. Gardner.

But he says hospital bills are always negotiable. It starts with your health care provider.

"I would be willing to bet next month's salary that Medicare did not pay that bill. They paid a negotiated rate. Probably significantly less than that," says Dr. Gardner.

Once you get the final bill, he says you should try doing the same. In the end he says, drug costs vary from one provider to the next. Dr. Gardner gave an example of a medication he needed for one of his own children.

"One insurance plan I had the monthly cost for that product was $95. Then I moved. The new insurance it was $995! Same exact drug. Same exact company. Two different insurance companies," says Dr. Gardner.

PICK UP THE PHONE

The good news is, most people won't need to see a doctor. The ones truly at risk are seniors and children. But before you head out the door, Dr. Gardner suggests picking up the phone.

"I think it's always reasonable to contact your health professional, even if it's by phone and describe what's going on," says Dr. Gardner.

As for Cheryl, she admits she's still walking around the house barefoot. But she's keeping an eye out.

"I do look down. Absolutely," says Cheryl.

We reached out to Henderson Hospital operator, Valley Health System for comment. They sent a statement which says:

"Federal privacy laws prevent us from discussing specific billing or patient issues. We encourage patients to contact the billing department to discuss private financial matters and determine what options are available. Our hospital offers a charity care program, and also works directly with patients to address their billing concerns and make payment plans."