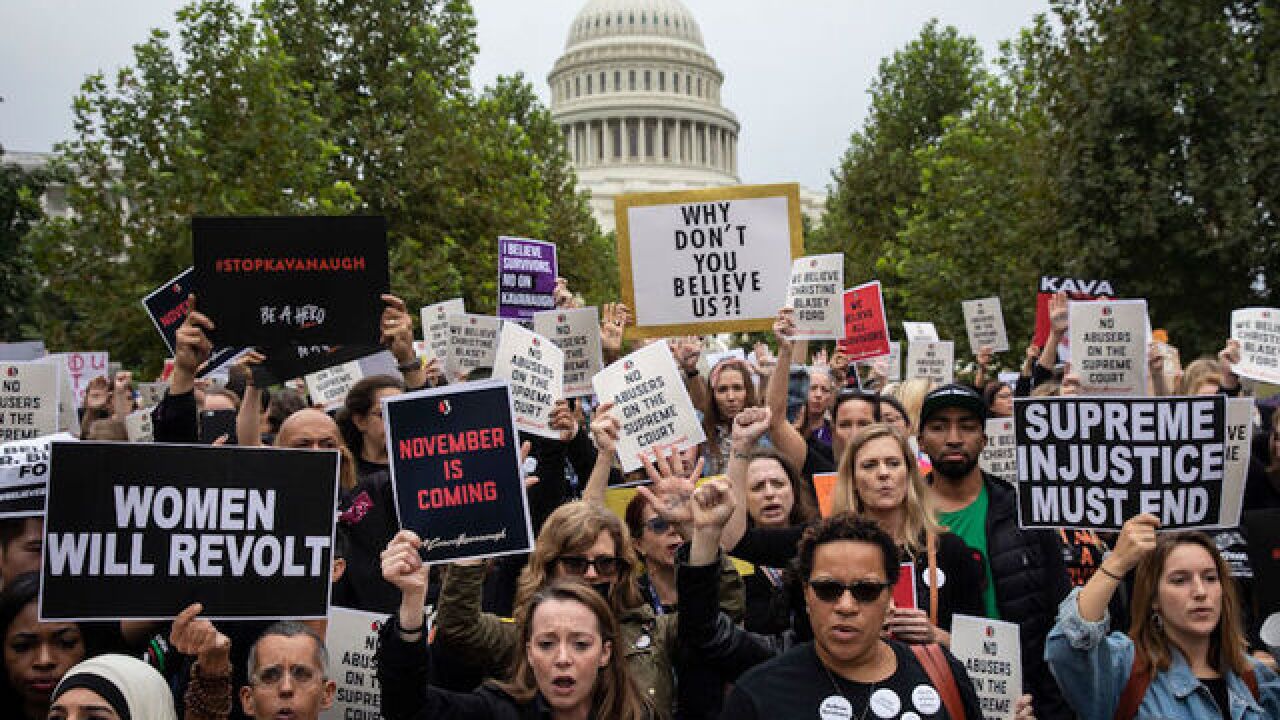 High blood pressure. Anxiety. Depression. Insomnia. These are just a few of the possible long-term health consequences facing mid-life women who had experienced sexual assault and harassment, according to a study published Wednesday in JAMA Internal Medicine.

With the nation's focus on accusations of sexual misconduct, it's a sobering reminder of the health toll that any form of sexual abuse can take.

"In a sense, the body is telling the story," said Nancy Krieger, a Harvard T.H. Chan School of Public Health professor who was not involved in the new study. "Not everyone is able and willing to identify what happened to them, but that doesn't prevent the body from having opinions about it and expressing them."

Women in the study who reported prior sexual assault were three times more likely to experience depression and twice as likely to have elevated anxiety than women without a history of sexual trauma, said senior study author Rebecca Thurston, professor of psychiatry at University of Pittsburgh School of Medicine.

Those who experienced either sexual assault or harassment were twice as likely to have sleep problems, including insomnia, the study found.

Women who reported workplace sexual harassment had higher blood pressure than women who did not, at levels significant enough to put them at risk for stroke, aneurysms, kidney disease, heart attacks and other forms of heart disease.

Sexual harassment was also linked to higher levels of triglycerides, Thurston said, a key risk factor for heart disease, which is the leading killer of women in the United States.

Though not able to claim a direct cause and effect relationship between sexual abuse and the health impact, the observational results were intriguing, Thurston said, especially the impact of workplace sexual harassment on women's health.

"There was a lack of striking differences in the health outcomes between women who were sexually assaulted or sexually harassed," she said, "which speaks to the universality of these types of experiences."

More than one in three women have experienced sexual assault, according to the U.S. Centers for Disease Control and Prevention, and up to 75 percent of women are estimated to have experienced workplace sexual harassment.

In prior research, women have self-reported what they believed to be negative effects of sexual abuse. The list is long and includes asthma, arthritis, digestive, heart and immunity issues, migraines and chronic pain.

But self-reporting by sexual abuse survivors can be biased by factors such as mood, memory and awareness of health conditions, Thurston said.

A study by Krieger over a decade ago also clinically measured blood pressure. That study had looked at more than a thousand low-income, racially diverse workers. It too found sexual harassment to be linked to hypertension.

"That's in the category of something that is completely preventable," Krieger said, adding that more research in this area is critical.

"The fact that our study, published 10 years ago, was the only other study that's actually had data on measured physical health outcomes of self-reported experiences of sexual harassment is pretty telling," she said. "In fact, it's absurd."

Both Thurston and Krieger recommend that women who have experienced any sort of sexual abuse find a health care provider and get the care they need.

Thurston offered this advice: "If you are a health care provider, recognize that these experiences can have implications for your patient's health. If you are a victim of assault or harassment, don't suffer through it. Get help. If you can, change the situation or remove yourself from it."