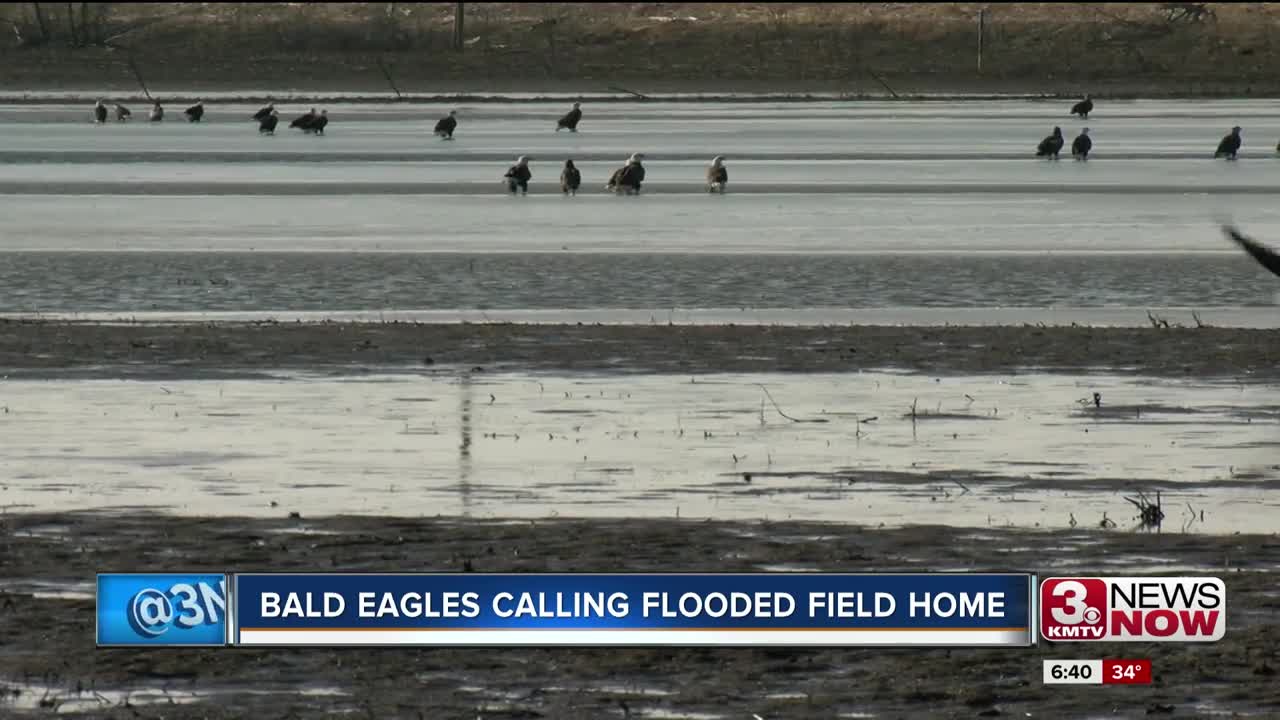 Why experts think bald eagles are gathering in huge numbers near the Metro. CREEK, Iowa — In the shadow of the Omaha skyline, just off I-29 near Honey Creek, Iowa, dozens of bald eagles perch in once flooded fields.

"In my lifetime, I've probably only witnessed a couple incidents where I've viewed eagles from quite a distance," Dr. Rudi Mitchell of the Omaha Indian Nation said. "But the eagles that are here, it's really a strange phenomenon. As Native Americans, we consider eagles a very important part of our culture. We have a high respect for eagles."

It's likely the eagles are attracted to this field because it's an easy meal.

"What I've heard are the stories about a lot of fish from the flood that were stuck in those fields," said Denise Lewis, the Director of Raptor Recovery. "When there was water, they were alive, and then it froze, and the water receded. So, there's a lot of dead fish in those fields. Eagles are great scavengers."

"Our elders say it's a blessing when they fly over us or if they come near our presence," Mitchell said. "I'm very honored to be near them today."

"You don't want to spook these guys off prey," Lewis said. "That dinner they're enjoying might be the difference between life and death sometimes."

It's hard to guess how long the bald eagles will be in the field, Lewis said. They may stay until the breeding season in March. But if the food runs out and the water freezes up, they'll likely find a new home.

"It's our national bird, and I'm just thrilled to death that so many people are excited to see eagles," Lewis said. "I just hope that never ends. It's a really cool thing."

This story was originally published by Steffani Nolte on KMTV in Omaha, Nebraska.