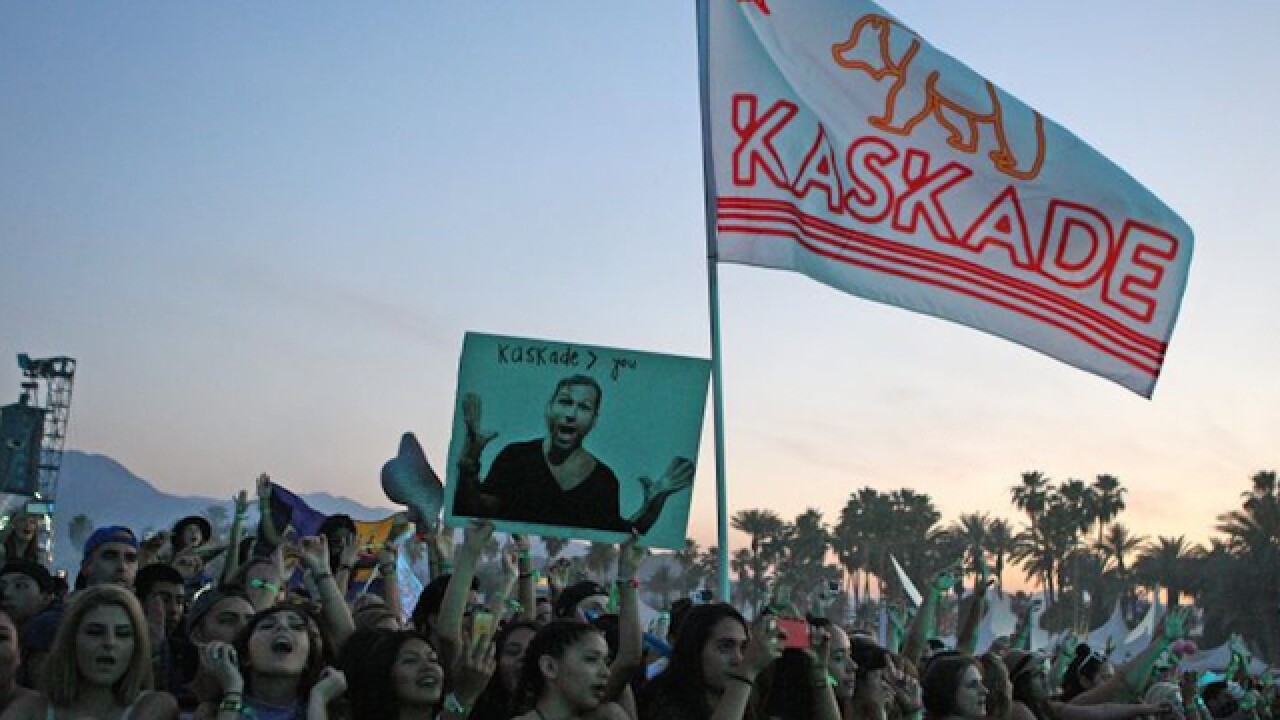 Every year, thousands of people flock to church — but these sacred spaces don’t have any pulpits or Bibles.

The devotees pray in flower crowns and straw hats, fringe-laden vests and neon body paint. They are the congregation of music lovers, gathering from many different corners of the world to worship at the summer’s many music festivals.

These three-to-four-day-long events used to be few and far between. For decades following the iconic Woodstock festival in 1969, only a handful of gatherings would occur every year, all with their own theme and singularity, such as the Texxas World Music Festival (Texxas Jam) and Live Aid . Today, more and more events like Coachella, Bonnaroo, Firefly, Sasquatch, Outside Lands and Tomorrowland pop up every year, in America and across the globe.

With so many festivities to choose from — and many that start to look the same — it can be hard to distinguish which event will be the best investment. The entertainment data geeks at PrettyFamous , part of the Graphiq network, crunched the numbers to determine which out of five major American music festivals — Coachella, Bonnaroo, Governor’s Ball, Lollapalooza and Outside Lands — gives you the most value for your dollar.

PrettyFamous looked at three different ways to calculate each festival's value and created a final ranking that combines them all.

One way to gauge the quality of a music festival would be to rank each event by the number of artists scheduled to play.

Lollapalooza's 170-act lineup and Coachella's 161-band offering dwarf the 66-band lineup at Governor's Ball. Although a lineup poster overflowing with artists may look appealing, it’s usually filled with a small handful of big names at the top, followed by a bevy of lesser-known bands that most don’t take the time to see.

If number of bands were the lone deciding factor, the festivals with CVS-receipt-long setlists like Lollapalooza would have a big advantage. But this quantity-centric assessment fails to factor in quality. With this in mind, the PrettyFamous team used streaming data from Last.fm to add up the play counts of each festival’s top 30 most listened-to artists.

Of course, the popularity or quality of a band is highly subjective. You may be going to Bonnaroo exclusively to see Quickie Mart or are the world’s biggest BADBADNOTGOOD fan. But Lollapalooza wins again in this category, with over 1.6 billion total plays of its top 30 bands. Governor's Ball follows with about 1.3 billion Last.fm plays.

Here are the most popular bands by Last.fm play counts at each event this summer:

Finally, you could also focus on the ticket prices for each festival. These are the prices of a general admission ticket for each, before taxes and additional fees*.

*Service fees are already baked in to the base price of a GA Coachella ticket.

Going to one of these many festivals is not cheap — in fact, prices continue to rise every couple of years. About a decade ago, a ticket to Coachella cost $195. Today, festival-goers can expect to spend at almost $400 on a GA ticket and $899 if they want to upgrade to VIP.

But even as prices soar, attendance continues to grow along with it. Earlier this month, the Indio City Council agreed to allow Goldenvoice to raise the cap on attendance for both Coachella and country music festival Stagecoach. In 2017, Coachella will go from 99,000 attendees to 125,000 and Stagecoach will increase from 75,000 to 85,000.

Music lovers have proven time and time again that they will pay good money to see their favorite bands, even if that means using an installment plan . In fact, Nielsen Music found that “more than half of all consumer spending on music last year involved some type of live event, with music festivals taking 10% of the overall spending.”

Though each of these methods have merit on their own, the PrettyFamous team considered all three of these factors — number of artists, popularity of artists and ticket price — when ranking each music festival. The quality of the setlists was weighted most heavily, followed by the number or artists and price of admission.

So which music festival takes the flower crown? Chicago's Lollapalooza outweighed its competition in almost every category. With a packed lineup of relatively popular bands for the price of $335, the data shows that it has the best value this year.

If you can’t make it out to the Midwest, Governor’s Ball comes in second for the best band for your buck. Don’t be deceived by its small lineup — Randall’s Island in New York will be filled with widely acclaimed acts all weekend, for $345 a pop. Outside Lands just inches out Coachella, followed by Bonnaroo in last place. Tennessee’s biggest festival may have the third longest lineup, but its lack of big names and steep price knock it down below the competition.