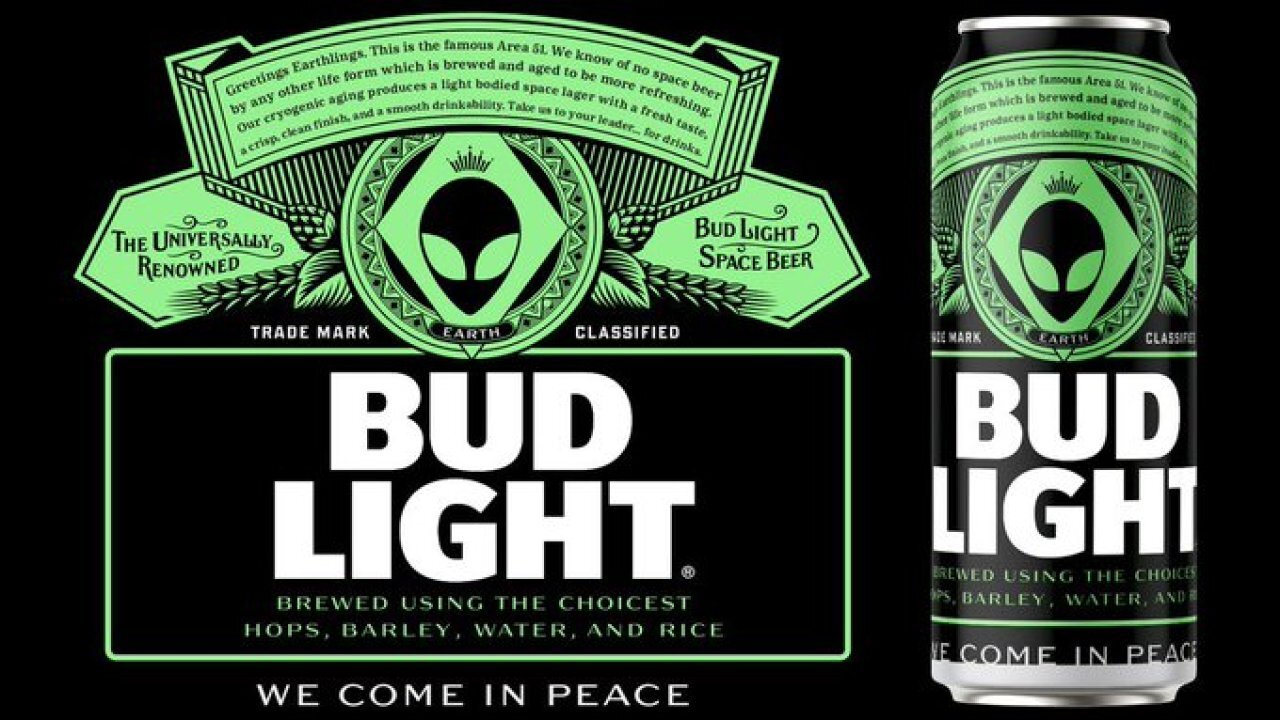 Bud Light says it will create a commemorative Area 51 beer can if they can get 51,000 retweets on Twitter.

The company announced on July 15 that they would not be sponsoring the Area 51 raid, but on Wednesday they offered something else.

Bud Light shared a photo of a black and neon green special edition of the beer can. There is also a generic alien-shaped head with a crown.

"We know of no space beer by any other life form which is brewed and aged to be more refreshing," the can reads.

The company said if the tweet gets 51,000 retweets on Twitter, they will make the special edition beer cans.

As of Thursday morning, the tweet had about 8,500 retweets.

Screw it. Free Bud Light to any alien that makes it out. https://t.co/AOWOYL3Oyp

The promotion comes after a Facebook event called "Storm Area 51, They Can't Stop All of Us" sparked dozens of memes on social media last week. The event, which currently has 1.6 million "attendees," says the "raid" will "take place" on Sept. 20 from 3 a.m.- 6 a.m.

"We will all meet up at the Area 51 Alien Center tourist attraction and coordinate our entry. If we naruto run, we can move faster than their bullets. Lets see them aliens," the description reads.

The U.S. Air Force has been made aware of the potential raid, and they are not too happy about the situation. Officials warn that people should stay away from the base, or they could get hurt.

This story was originally published by Lisette Lopez on KXXV in Waco, Texas.