Park was scheduled to open December 1

The reopening of Huntridge Circle Park will not be reopening Nov. 30 as planned. Marissa Kynaston reporting. 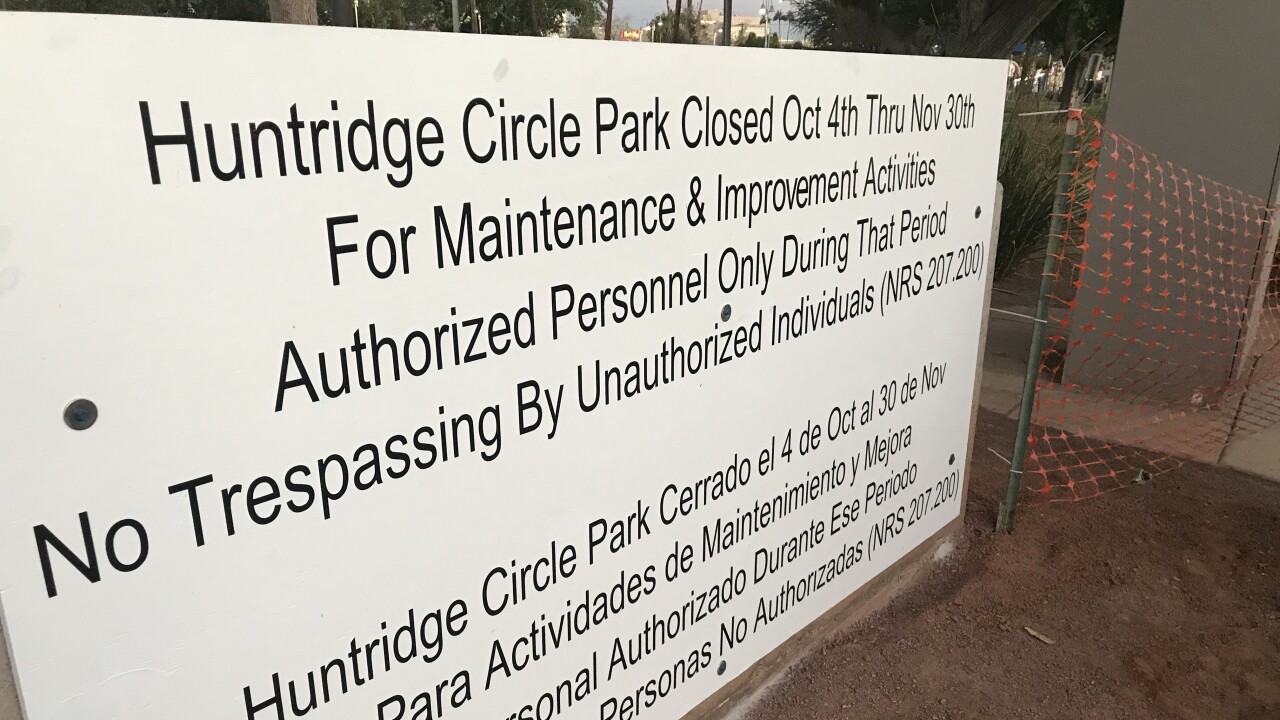 LAS VEGAS (KTNV) — After two months of being closed for improvements, Huntridge Circle Park in downtown will not open this weekend like originally planned.

The park was scheduled to open December 1, but according to the city of Las Vegas, it may now be closed through March so they can continue to cut back on crime.

I know the sign says Huntridge Circle Park is opening tomorrow, but you’ll have to wait a little longer. It could be March now! pic.twitter.com/4VOWfVXVwH

"The city isn't going to say 'hey this is designed to keep homeless people out', but that's what they're doing," says Steven Franklin, who lives near the park.

In the two months the park has been closed, neighbors say crime has already decreased.

"It definitely helped reduce crime in the neighborhood," says Franklin.

In a statement to 13 Action News, Councilman Coffin said "the long term future of the park depends on our ability to service the homeless population, and find new places for them to live."