Nearly half of young adults have no retirement savings 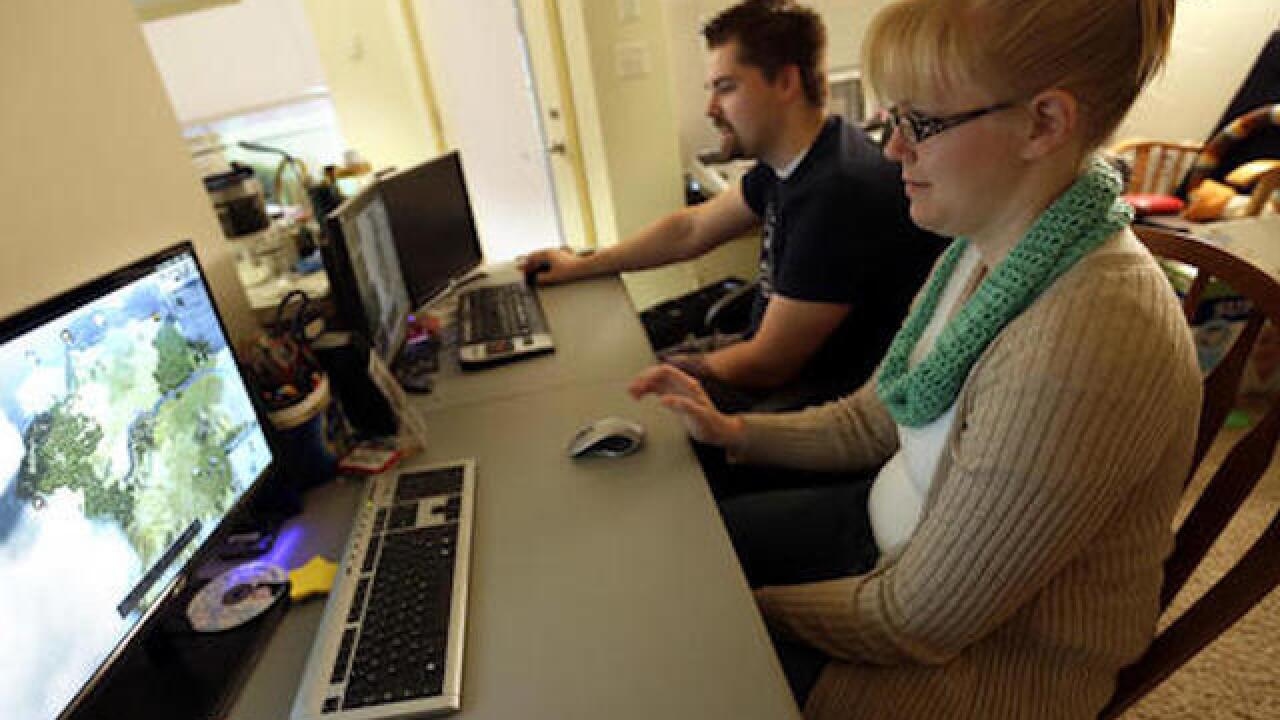 Copyright Associated Press
Don Ryan
<p>In this Thursday, Oct. 13, 2016, photo, Shavonne Henry, right, plays "Civilization", a computer game where you create civilizations, with husband Michael Henry, at their apartment in Vancouver, Wash. Nearly half of all Americans aged 18 to 30 have nothing in retirement savings and no access to a traditional pension, according to a survey. “I feel pretty good about our future,” says Shavonne Henry. (AP Photo/Don Ryan)</p>

NEW YORK (AP) — Young Americans with even just $1 saved for retirement are ahead of the pack.

Forty-eight percent of all Americans aged 18 to 30 have zero in retirement savings and no access to a traditional pension, according to a GenForward poll by the Black Youth Project at the University of Chicago with the Associated Press-NORC Center for Public Affairs Research.

The youngest in that group are more likely to still be in school, but the trend also holds for those in their late 20s. More than 4 in 10 of those aged 25 to 30 have nothing for retirement.

These same Americans are part of a generation whose future retirements, if they happen at all, will be more dependent on their personal savings. That's because traditional pensions are becoming more and more rare. Only 7 percent of those surveyed say they're in line to get the coveted benefit, which promises to pay a set amount monthly after retirement.

Despite all that, a majority of young Americans still say they are confident that they'll have enough to retire when they want to. African Americans, Asian Americans and white Americans have similar levels of confidence, between 53 percent and 56 percent. Latinos are an exception. Only 43 percent say they're very or somewhat confident.

"I feel pretty good about our future," says Shavonne Henry, a 26-year-old who lives in Vancouver, Washington, with her 25-year-old husband and children. They have some saved up in a 401(k) through her husband's work and a rolled-over 401(k) account from her old job.

"The reason we got to saving at all was I took a finance class in college, and part of the course was: If you want to have the kind of retirement you want to have, you should start saving at 20," she says. "I don't think that's talked about enough."

More employers are looking to give their workers, young and old, a nudge to start saving for retirement by automatically enrolling them in 401(k) plans. At plans administered by Vanguard, 41 percent of employers did so last year, up from 27 percent five years earlier.

But to get that benefit, a worker needs a job that offers a 401(k) in the first place, and some younger Americans say it's difficult finding such a benefit.

Allison Riley, a 25-year-old in Monroeville, Alabama, has built up her savings account at the bank by working nights waitressing. But when she asked if the job came with a 401(k) benefit, "they said '401 what?'" she says. "I took that as a 'no.'"

She's using her savings now to help pay for classes she's taking, and she hopes to become a high-school teacher. She also says she's confident about the future. "Once I get to a better job, I know how I like to squirrel away money," she says. "I think I'll be OK."

There is no magic answer for how much a person needs to have saved for retirement. Two people with identical ages and incomes could need very different amounts, depending on how long they expect to work, how much they want to spend in retirement and other variables. Fidelity suggests saving 15 percent of your income each year. Financial advisers suggest saving enough so that your nest egg at retirement is 25 times the annual expenses you'll need to cover.

The GenForward poll did not ask how much young Americans had saved for retirement, only whether they had done so.

Aisha Ahmouda, a 30-year-old registered nurse, is optimistic about her future despite having little in retirement savings and less faith in the future of Social Security.

She's pursuing a master's degree to become a nurse practitioner, a job that comes with loan-assistance programs if she goes on to work in a medically underserved area. She also hopes that it puts her on a career track that will allow her to continue working into her late 60s or early 70s, even if her mobility starts to wane, giving her time to build up savings.

"Not everything is certain, even when you're putting away savings," she says. "I'm going to do the best I can and leave the rest up to a higher power."

The poll of 1,851 adults age 18-30 was conducted Sept. 1-14 using a sample drawn from the probability-based GenForward panel, which is designed to be representative of the U.S. young adult population. The margin of sampling error for all respondents is plus or minus 3.8 percentage points.

The survey was paid for by the Black Youth Project at the University of Chicago, using grants from the John D. and Catherine T. MacArthur Foundation and the Ford Foundation.