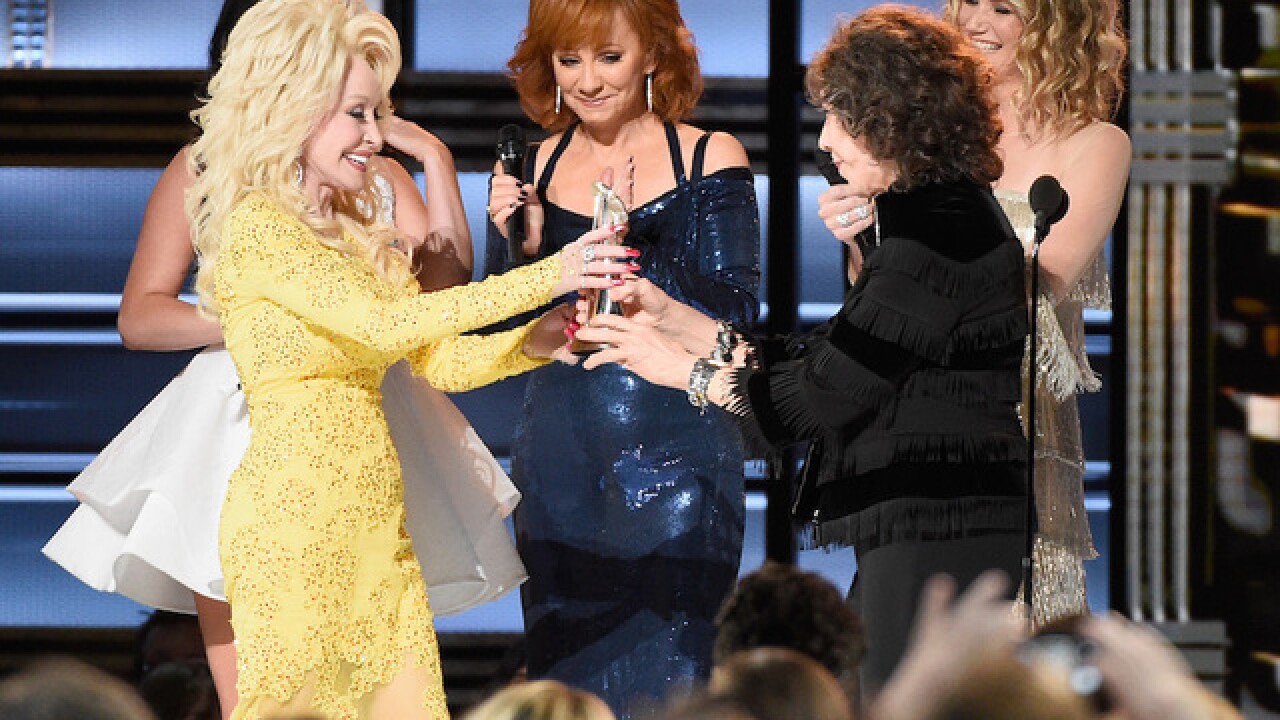 Dolly Parton receiving the Willie Nelson Lifetime Achievement Award at last night's CMA Awards was one of many memorable moments.

The show honored legends from throughout the past five decades, with fan favorites singing tunes originally by other musicians throughout the event. Garth Brooks and Trisha Yearwood sang a classic hits medley featuring music from Johnny and June Cash, Crystal Gayle, Loretta Lynn, Conway Twitty, Keith Whitley and more.

When Parton was honored, she was presented her award from "9 to 5" co-star Lily Tomlin. Vocal group Pentatonix joined Jennifer Nettles in performing Parton's song, "Jolene."

One of social media's most anticipated moments was the appearance of Beyonce, who performed "Daddy Lessons" off her album "Lemonade." She was joined by country music's Dixie Chicks.

The 50th awards show was hosted by Brad Paisley and Carrie Underwood.