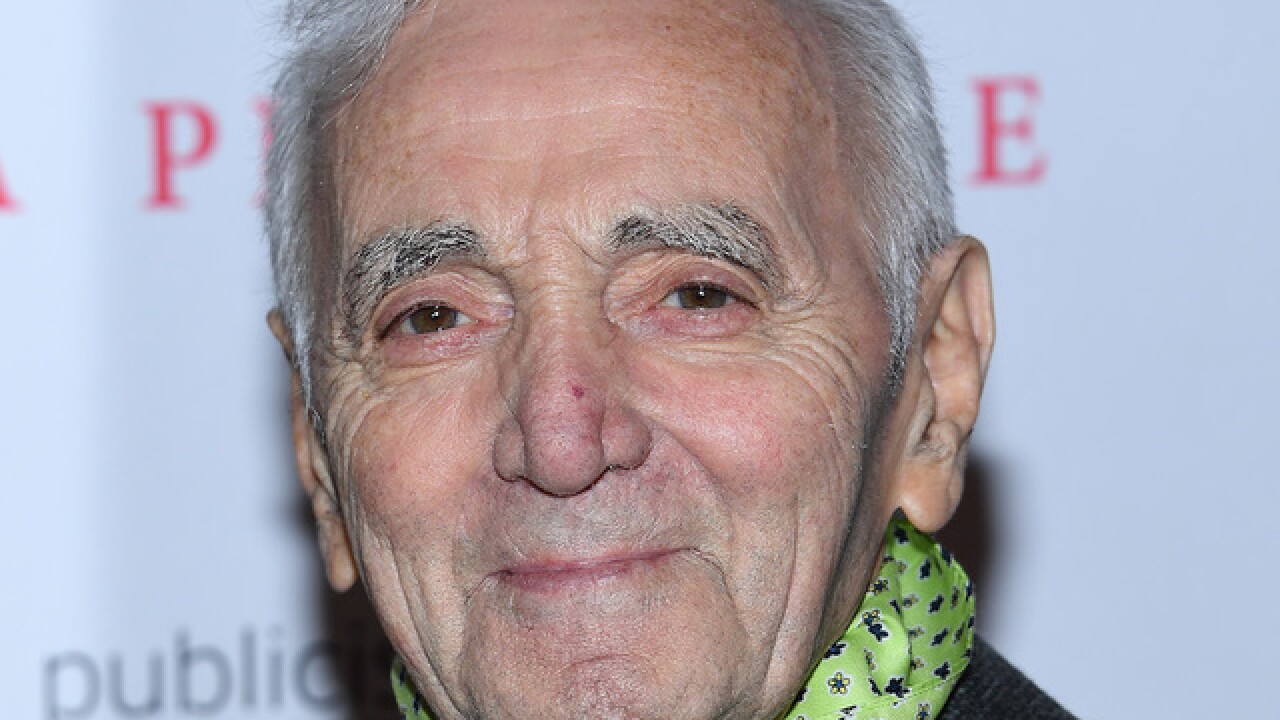 Veteran French singer and songwriter Charles Aznavour, whose illustrious career spanned more than eight decades, has died at the age of 94, his spokeswoman told CNN on Monday.

He died in the French Alps where he had a house, said spokeswoman Vincence Stark.

Aznavour, who was born to Armenian immigrant parents in Paris in 1924, is perhaps best known for his hits "She" and "Hier Encore."

RELATED: Celebrity deaths of 2018: Remembering those we've lost this year

Last year Aznavour was added to Hollywood's Walk of Fame, and in 1998 was named CNN entertainer of the century.

The singer, who penned and recorded over 1,000 songs, was sometimes dubbed the French Frank Sinatra for his rousing, mournful style.

Indeed Aznavour collaborated with Sinatra, along with other musical legends Elton John and Liza Minelli.