Bill Cosby taken to prison after judge denies bail; sentenced to 3 to 10 years 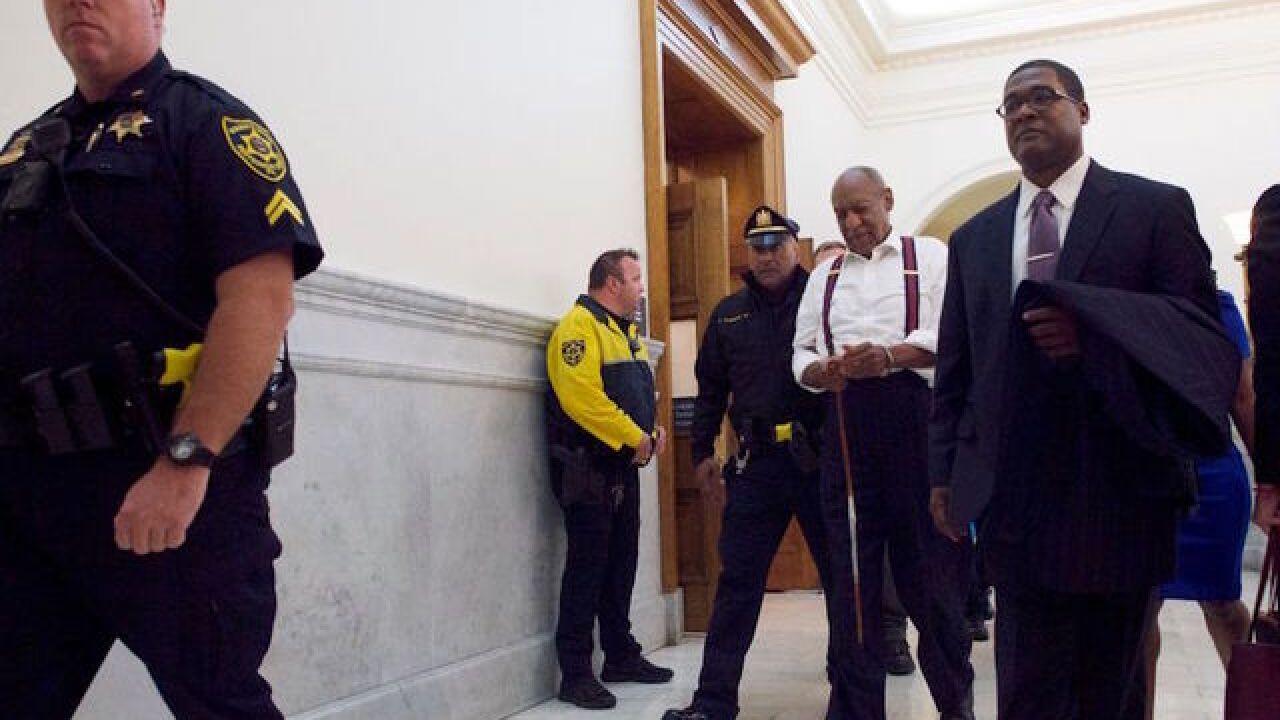 Image copyright 2018 Getty Images. All rights reserved. This material may not be published, broadcast, rewritten, or redistributed.
Mark Makela
<p>Bill Cosby (C) is taken away in handcuffs after being sentenced to 3-10 years in his sexual assault retrial at the Montgomery County Courthouse on September 25, 2018 in Norristown, Pennsylvania. In April, Cosby was found guilty on three counts of aggravated indecent assault for drugging and sexually assaulting Andrea Constand at his suburban Philadelphia home in 2004 and faces a maximum of 10 years in prison. 60 women have accused the 81 year old entertainer of sexual assault. </p> 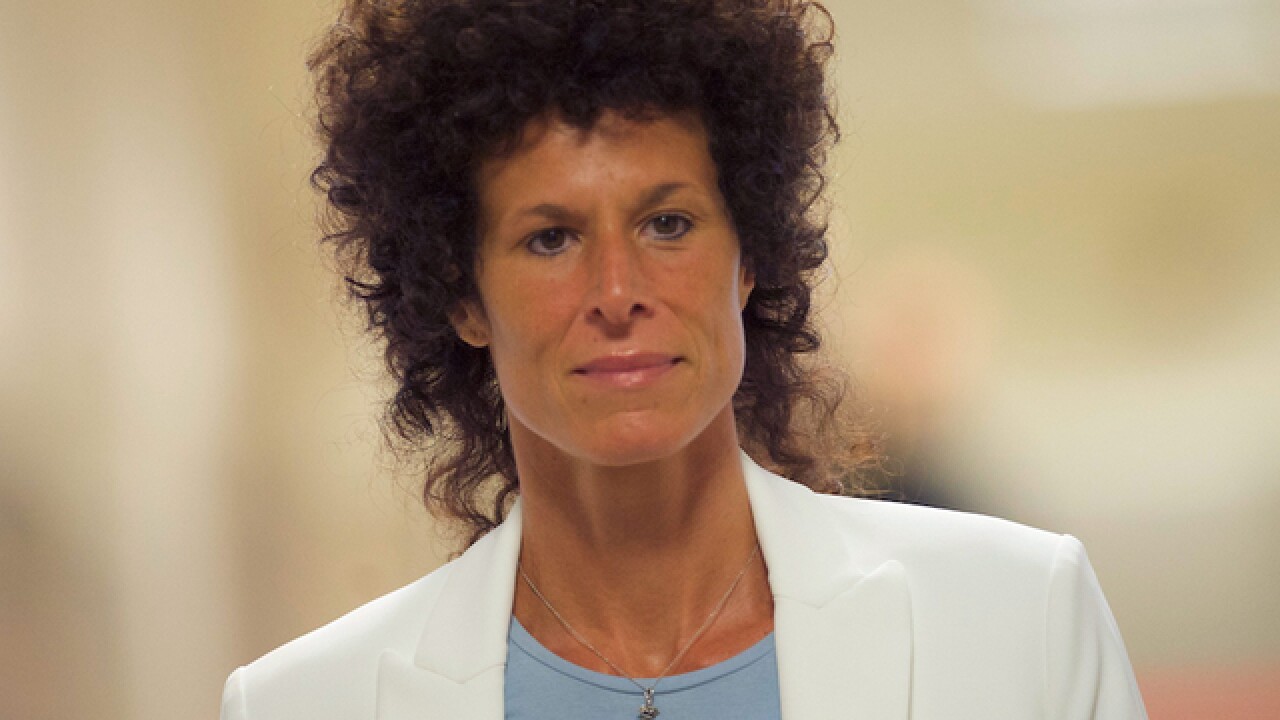 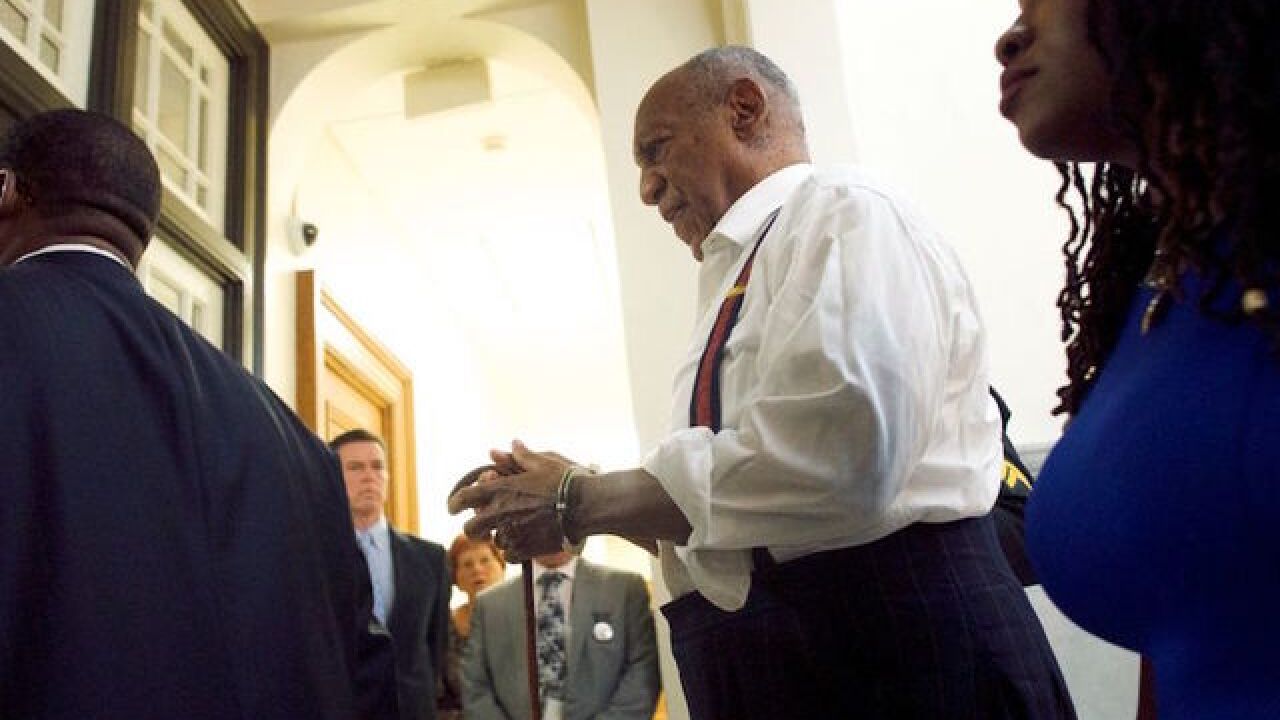 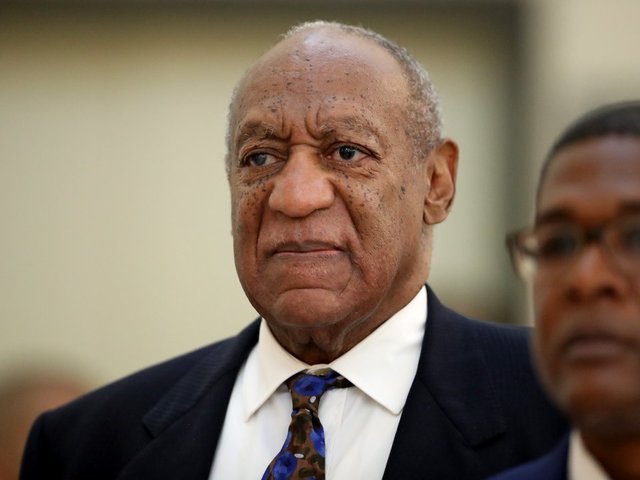 It's the highest-risk classification a criminal can have: Bill Cosby is now considered a "sexually violent predator," and he's been sentenced to 3 to 10 years in a state prison.

Cosby, a television superstar and comedy entertainer, is 81 years old. His bail was revoked and he was escorted from the courthouse in handcuffs.

Once known as "America's Dad," Cosby's sentence is the result of charges against him for drugging and sexually assaulting Andrea Constand at his home 14 years ago.

"This was a serious crime," Montgomery County, Pennsylvania, Judge Steven O'Neill said. "Mr. Cosby, this has all circled back to you. The day has come, the time has come."

Cosby, convicted in April of aggravated indecent assault, declined to speak to the court prior to the sentence. His attorneys have filed an appeal. He also was ordered to pay a fine of $25,000 plus the costs of prosecution as part of the sentence.

Once a groundbreaking actor, Cosby was accused by dozens of women of drugging and sexually assaulting them over his decades as a powerful media figure. However, most of those cases occurred outside the statute of limitations.

Cosby was convicted in April of three counts of aggravated indecent assault for drugging and assaulting Constand at his home in 2004, in the first high-profile celebrity criminal trial of the #MeToo era.

"No one is above the law, and no one should be treated differently or disproportionally," O'Neill said.

Cosby's spokesperson Andrew Wyatt unleashed on the media, judge and prosecutors after the sentence, calling the prosecution "the most racist and sexist trial in the history of the United States." He also said Cosby was doing well because "he knows that these are lies."

Gloria Allred, the victims' rights attorney who represents several women who say they were assaulted by Cosby, praised the sentence.

"We're glad that judgment day has finally come for Mr. Cosby. Mr Cosby has shown no remorse and there has been no justice for many of the accusers who were barred from a court by the arbitrary time limits imposed by the statute of limitations.

Ahead of the sentencing, Constand wrote a five-page letter to the court explaining how Cosby's assault -- and the ensuing legal battle -- had changed her life.

"Bill Cosby took my beautiful, healthy young spirit and crushed it. He robbed me of my health and vitality, my open nature and my trust in myself and others," she wrote.

O'Neill cited Constand's statement in deciding on the sentence.

"I have given great weight to the victim impact testimony in this case, and it was powerful," he said.

Kathy McKee, a former actress who has accused Cosby of raping her, told CNN that listening to the news about Cosby's sentencing stirs up some "very difficult and deep emotions."

"I'm happy that the judge sentenced Bill Cosby accordingly and I'm grateful to Andrea for standing strong," she said.

"We are grateful that the court understood the seriousness of Cosby's crime and sentenced him to prison," said Jodi Omear, vice president of communications at RAINN. "Let's hope that the legacy of this case is that victims feel empowered to come forward, knowing that it can truly make a difference in bringing perpetrators to justice."

Prosecutors had asked the judge on Monday to sentence Cosby to five to 10 years in state prison for the assault, saying he had shown "no remorse" for his actions. However, Cosby's defense attorney, Joseph P. Green, asked for a sentence of house arrest, citing Cosby's advanced age and blindness.

Several of Cosby's alleged victims arrived to court for the sentencing, including supermodel Janice Dickinson. She was one of five "prior bad acts" witnesses who testified at the criminal trial that Cosby had incapacitated and then assaulted them without their consent.

Cosby arrived Monday and Tuesday with his spokespeople, Wyatt and Ebonee Benson.

The state sentencing guidelines indicate 22 to 36 months in prison, plus or minus 12 months because of aggravating or mitigating circumstances. However, judges are allowed to issue sentences beyond those guidelines.

Cosby did not testify at the trial and has spoken publicly only infrequently since his criminal trial began. But in April, when prosecutors claimed he had a private plane and asked the judge to revoke his bail, Cosby stood up in court and yelled, "He doesn't have a plane, you a**hole," referring to himself in the third person.

In a sentencing memorandum, prosecutors said that "extraordinary display of disrespect" was evidence of "who this convicted criminal defendant actually is."

"He seemingly thinks that he hasn't done anything wrong," District Attorney Kevin Steele said in court. "The jury thinks otherwise."

Green, Cosby's attorney, asked for a sentence of house arrest and said Cosby was not a danger to anyone.

"Eighty-one-year-old blind men who are not self-sufficient are not a danger, unless perhaps to themselves," he said.

Green also on Monday downplayed the outburst about the plane, saying that "Mr. Cosby's frustration got the better of him."

"When Mr. Steele's witnesses at trial made outbursts, that was excused, everybody understands, but when the defendant makes one, it deserves three pages in a sentencing memorandum?"

Though the three charges each carry a maximum possible sentence of 10 years, O'Neill announced Monday that the charges had been merged into one because they all stem from the same event.

Cosby has remained out of prison for the past five months on $1 million bail, and his lawyers said they plan to appeal his convictions. Cosby could have been allowed to remain out of prison until his legal appeals are resolved.

The decision was ultimately up to O'Neill, who oversaw Cosby's 2018 retrial, as well as his mistrial a year earlier that ended in a hung jury.

On Monday, a prosecution expert said Cosby should be labeled a "sexually violent predator" because he has a mental disorder that involves urges toward nonconsenting women.

"The behaviors are beyond their controls, so they are urged to act on it. He is likely to reoffend," Kristen Dudley, a psychologist and a member of the Pennsylvania Sexual Offenders Assessment Board, testified in court.

A state panel had advised that Cosby be classified as a "sexually violent predator." Cosby declined to participate in the evaluation by Dudley, who said she came to her determination by reviewing trial transcripts and other reports.

Defense attorneys challenged Dudley's assessment that he would reoffend, saying that his age and blindness made it unlikely. Timothy P. Foley, a licensed psychologist who met with Cosby, testified for the defense on Tuesday that sex offense recidivism becomes "almost negligible" for people over age 70.