Republicans and Dems fight over appropriate response to Orlando shooting

It's radical Islam versus gun control 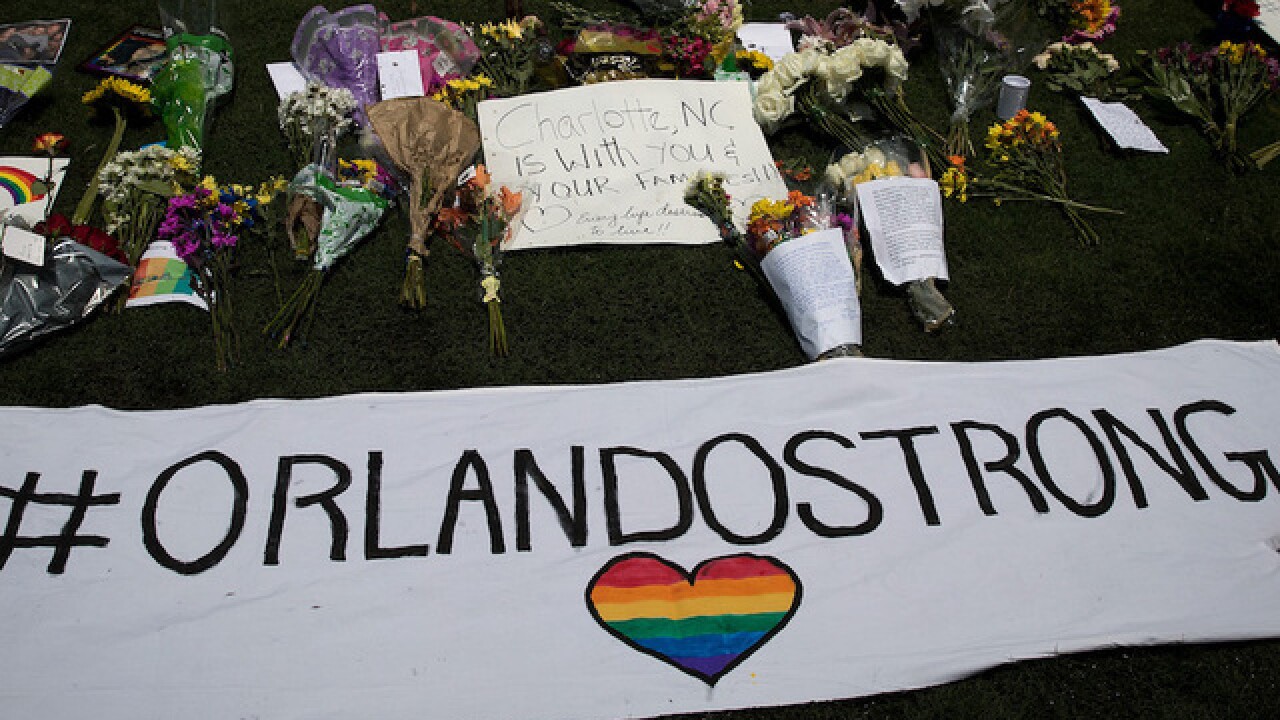 Copyright Getty Images
Drew Angerer
<p>On South Orange Avenue down the street from Pulse Nightclub on June 13, 2016 in Orlando, Florida. The shooting at Pulse Nightclub, which killed 50 people and injured 53, is the worst mass-shooting event in American history. (Photo by Drew Angerer/Getty Images)</p>

Well before law enforcement has settled on a motive for Sunday’s mass shooting at a gay nightclub in Orlando, the political debate started pitting “radical Islamic terrorism” against “gun control.” With 49 people killed and 53 injured, this was the deadliest event mass shooting in American history. Lawmakers and candidates largely filed among their political party ranks, with Democrats arguing that the shooting highlighted a need for increased gun control and Republicans calling for greater border security. Late Sunday afternoon, Donald Trump, the presumptive Republican presidemtial nominee accused President Obama of being too timid in his statement on the shooting, saying the President “disgracefully refused to even say the words 'Radical Islam,'" The candidate called the attack an act of terrorism, tweeting:

Appreciate the congrats for being right on radical Islamic terrorism, I don't want congrats, I want toughness & vigilance. We must be smart! — Donald J. Trump (@realDonaldTrump) June 12, 2016

Like other Republican and conservative leaders, Mr. Trump avoided calling the incident a hate crime aimed at the gay community, and did not express solidarity with that community. Republican Speaker of the House Paul Ryan tweeted Sunday morning:

We pray for those brutally attacked in Orlando. While we must learn more about the attacker, the victims & families will not be forgotten. — Paul Ryan (@SpeakerRyan) June 12, 2016

For some the omission of sexual orientation was blatant. Neither Arizona Sen. John McCain nor Senate Majority Leader Mitch McConnell mentioned the gay community in their statements. Other Republicans, such as Senators Ted Cruz and Marco Rubio, mentioned that the attack was aimed at gay victims, but agreed that the underlying issue was radical Islamic ideologies.

“For all the Democrats who are loud champions of the gay and lesbian community whenever there is a culture battle waging, now is the opportunity to speak out against an ideology that calls for the murder of gays and lesbians," Cruz said. "ISIS and the theocracy in Iran (supported with American taxpayer dollars) regularly murder homosexuals, throwing them from buildings and burying them under rocks. This is wrong, it is evil, and we must all stand against it.”

Florida Senator Marco Rubio chose his words carefully when he he told CNN, “He targeted the gay community because of the views that exist in the radical Islamic community about the gay community.” He did not mention the LGBT community in his official statement.

For Democrats, there were immediate expressions of solidarity with the gay community and a specific emphasis on the nation’s gun policy.

In his speech Sunday, President Obama acknowledged the shooter’s link to terrorism but highlighted that the shooter had carried out the massacre with help of a handgun and assault rifle.

“This massacre is therefore a further reminder of how easy it is for someone to get their hands on a weapon that lets them shoot people in a school, or in a house of worship, or a movie theater, or in a nightclub,” he said. “And we have to decide if that’s the kind of country we want to be. And to actively do nothing is a decision as well.”

Hillary Clinton spoke directly to the LGBT community, saying: “Please know that you have millions of allies across our country. I am one of them.”

“Islamic terror” or “hate crime”, gun control or extremism, this incident highlights once again that words aren’t just words, says Deborah Tannen a professor of linguistics at Georgetown University. “Words are so powerful, words don’t just mean what the one word means, but they bring along an entire worldview,” she said. “Some of the associations have to do with the groups of people who use those words, some have to do with the current narrative, the assumptions and implications that come with a word and the emotions triggered by those associations.”

And of course, a lot of it comes down to politics.

“[The rhetoric] stands to reason with regard to which party is appealing to the their constituency… And then the idea of Islamic terrorism is in keeping with Trump and all of his fear mongering,” said Tannen.

Contrastingly, she said, highlighting the issue as a hate crime benefits Democrats, “To the extent that a terrorist attack makes people flee to Republicans, the minority rights draw people to the Democrats.”

“The media and politicians are trying to get the story that is going to stimulate the bases the most. We’re in an election year.” said Jennifer Wingard a professor of political rhetoric at the University of Houston. “Hate crime doesn’t get a lot of traction because it’s hard to prove, even how it’s constructed legally it’s hard to prove intent…terrorism is something that people can go to and gather behind that this is not good. That this attacks all Americans.”